By ROKAS KUCINSKAS
September 20, 2016
Sign in to view read count 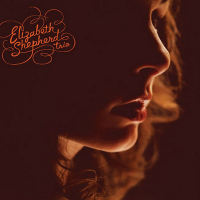 It's hard to categorize Elizabeth Shepherd's music—much like a windmill with its stable parts, less and less visible in a motion. Yet a sense of direction isn't absent, and Shepherd offers a wide spectrum of textures ranging from musical complexity to lyrical musicality. The singer-songwriter's debut release Start to Move is full of hidden treasures for every jazz lover.

Music on the album is filled with streams of ideas: soulful pieces filled with heavy syncopations, modal variations altering between different thematic developments, or à la a cappella arrangements bringing the best of Shepherd's voice out to a surface. And just like she sings in the opening track—virtuosity of Herbie Hancock, musicality of Bill Evans, simplicity of Miles Davis or rhythmic notion of Dave Brubeck—it's all in the album. Thus, while experimenting with different ideas, musicians led by Shepherd perform all musical numbers with the same expressiveness throughout the album, keeping it hot, making your fingers snap and wonder how hip the music is.

As a pianist Shepherd doesn't have the same amount of dexterity, as say Art Tatum, Oscar Peterson, or Bud Powell; she plays with far less virtuosic bravado, and perhaps that is best heard on Miles Davis' "Four," where the tempo is an obvious obstacle for the Canadian artist. Shepherd's solo consists of no more than short melodic motives underlining her struggle: it sounds as if she cannot lose the chains surrounding her fingers, break through and move faster. Shepherd isn't the singer of an immense vocal range, or the most ear-soothing tone, either. Her musical sensibility and phrasing mirror pop music rather than jazz. Yet, from a vocal perspective, her compositions' rhythmic conceptions, which are more static and straightforward than swinging, are executed in a pleasing, soft and lyrical manner.

As a result, a sense of charm that surrounds the album can be best expressed in terms of its smoky and vintage sound with a rich musical vocabulary, i.e. language, sprouting from modern jazz. Hence, nor being a superb vocalist or a skillful pianist, Shepherd and her ensemble take us on a journey through an urban session in the Toronto jazz scene, continuously reminding us of her talent.