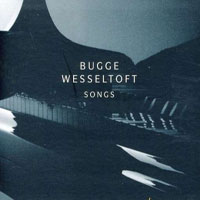 After John Scofield released his balladic A Moment's Peace (EmArcy, 2011), the guitarist revealed, in an 2011 All About Jazz interview, that the original plan was to record with Norwegian pianist Bugge Wesseltoft. It may not have come to pass, but based on Songs, it sure sounds as though these two artists—geographically distanced by thousands of miles—were in remarkable simpatico.

A Moment's Peace is still a group record, and if it doesn't ever boil over, it manages a simmer here and there. Songs, on the other hand, is a solo piano recording, and if those familiar with Wesseltoft's recent solo sets—IM (Jazzland, 2007) and Playing (Jazzland, 2009)—think they know what's coming, they'd be mistaken. Yes, Wesseltoft has been honing an approach to solo performance that marries his inspired pianism with technology lessons learned on New Conceptions of Jazz Box (Jazzland, 2009), but Songs dispenses with gear for a reductionist recording: one man, one piano, two hands and a series of well-known standards.

Those expecting a standard solo piano recording would also be off target, though Songs does prove something else: like Norwegian trumpeter Arve Henriksen demonstrated on Sketches of Spain (Nor Wind, 2007), with the Norwegian Wind Ensemble and conductor Maria Schneider, and just as Norwegian saxophonist Jan Garbarek made clear in his performance of Carla Bley's "Syndrome" on German bassist Eberhard Weber's Stages of a Long Journey (ECM, 2007), it's not that Wesseltoft can't play in the tradition; he just generally chooses not to. Here, however, while virtuosic displays are kept to a minimum, Wesseltoft more than proves his jazz cred.

Like Scofield, Wesseltoft's approach is to emphasize the "song" aspect of these often-covered chestnuts, turning them into gentle interpretations that never lose sight of their essence—the memorable melodies that made them into standards in the first place—even though the pianist is not averse to exploring them over longer periods of time, in the case of the opening "Darn That Dream," for nearly eight minutes. As with much of the recording, Wesseltoft plays liberally with time, interpreting with the kind of freedom that's only possible in a solo context. And while guitarist Pat Metheny has turned John Coltrane's performance rite-of-passage, "Giant Steps," into a gentle bossa nova, it's just as eye-opening to hear Wesseltoft repurpose this change-heavy piece into a rubato tone poem that's dark, introspective, and unexpectedly beautiful.

Three qualities that largely define Songs in its entirety. It takes no small cojones to explore a single mood for a whole hour, with a deceptive simplicity that suggests how Erik Satie might have sounded, had his harmonic reference point been jazz rather than classical music. Wesseltoft has been no stranger to gentle lyricism throughout his career, but with Songs he's delivered an album that, while sounding nothing like it, recalls Keith Jarrett's return to recording, The Melody at Night, With You (ECM, 1999), in its spare yet ever-moving journey to the heart of song.

Darn That Dream; My Foolish Hear; How High the Moon; Moon River; Chicken Feathers; Lament; We'll Be Together Again; Like Someone in Love; Giant Steps.