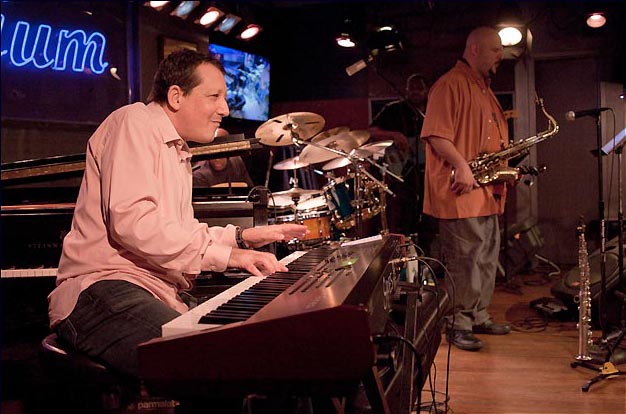 By Chris Lawhorn
August 31, 2010
Sign in to view read count
[Editor's Note: Working Out to Jazz is a new All About Jazz column, devoted to providing jazz playlists for the purpose of working out. For his first installment, Chris Lawhorn's emphasis is on largely up-tempo, mostly smooth jazz music, though his selection from guitarist Lee Ritenour's 6 String Theory (Concord, 2010) is a fiery mainstream swinger, featuring Pat Martino and Joey DeFrancesco, while Dr. Lonnie Smith's "Beehive," from Spiral (Palmetto, 2010), leans more towards the fusion end of the spectrum. Check in with Working Out to Jazz regularly, for new workout music suggestions, as Chris breaks it out for you by Beats Per Minute (BPM).]

Let me preface this by saying that I write about the various songs to which a person might want to work out, for a handful of publications.

Most of my articles cover a variety of genres. But, I never really worry about alienating people. Namely, I'm usually under the impression that what's great about the music will transcend. Even if people don't love techno or hip-hop, usually, they might find it works in the context of their workouts.

The reason I mention this is that I thought starting a column about working out to jazz would be even simpler—as I'm working with a single genre. Accordingly, I thought it might just amount to trying to find a number of up-tempo tracks and then putting them into a context that would make sense.

But, jazz is complicated!

Nevertheless, I've tried to find some highlights, in recent releases, to which you could hit the pavement.

To that end, there's a slow, but banging version of "T.R.O.Y."—in which the producers of the Unwrapped series borrow back the sax hook that Pete Rock and C.L. Smooth popularized. There's also Blair Crimmins' throwback sound and Lee Ritenour's tribute to Les Paul. Both Eric Darius and Caravan Palace mix organic instruments with electronic touches. And The Klooks weigh in with their South African take on things.

As I said, not all of this will likely be up your alley. And, down the road, I'll try to include more of the 20th century giants.

But, in the meantime, this should provide a few contemporary examples of what's great and lively in jazz today—in case you're looking for an excuse to break out your running shoes.

The Top 5 Workout Tracks For November 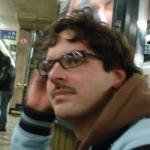 As the Resident DJ for Marie Claire and Real Age, Chris maintains a workout music database at Run Hundred.