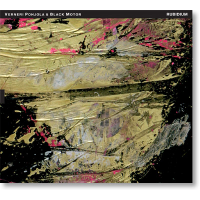 Black Motor is Finland's leading trio of free jazz that began to gain a wider recognition outside Finland in recent years. Since its foundation around 2005, the central Finland, Tampere-based proletariat trio expanded its muscular, uncompromising post-Albert Ayler and Peter Brötzmann approach as it began to collaborate with fellow, innovative Finnish improvisers as saxophonist Juhani Aaltonen, guitarist Raoul Björkenheim and bassist Teppo Hauta-aho, as well as circus acts, dancers, poets , rap artists and DJ's. Helsinki-based trumpeter Verneri Pohjola, who collaborated live before with black Motor, has a different approach, lyrical and melodicaly rich, as featured on his recordings with Ilmiliekki and on his own quartet. This pairing of Pohjola and Black Motor, the first joint recording of the trio, balances the approaches of both sides. It enables the new, like-minded collective of four distinct and strong musical personalities to pay respect to past heroes, Slavic music culture and Finnish folk music and enjoy playing strong, mostly melancholic, melodies in keeping with the Finnish national ethos.

Tommy Dorsey. Sippola found rare recordings of these compositions in Tampere flea market, the latter played by cult organist Korla Pandit, therefore both arrangements stresses the quartet bold and show no respect to original or past performances.

Bassist Ville Rauhala is the key player. He not only anchors the compositions in his own shifting concept of time keeping but also sketches and expands the the loose outlines and contributes imaginative, expressive solos. His two compositions present the two sides of this quartet. "Vainila," taken from the early repertoire of Black Motor, is an urgent and muscular free jazz assault of fireworks while the following "Alma," for the yet unborn daughter of Rauhala, is a touching, lyrical melody. Pohjola, who contributed three compositions, is also a varied composer. The title piece is structured like a mini-suite, with a dramatic narratives and slow-burning interplay that gains intensity and fierce power. "Old Papa's Blues," dedicated to his late father is a heartfelt, sad ballad, while "The Old Janitsar," is a playful one inspired by drummers Max Roach and the great Finnish Edward Vesala. 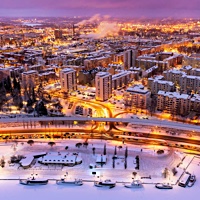