By Mike Jurkovic
October 9, 2018
Sign in to view read count 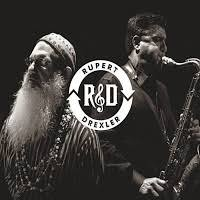 Between them, longtime collaborators (and University of Central Florida professors), saxophonist Jeff Rupert and pianist Richard Drexler have played on hundreds of recordings ranging from Diane Schuur, Mel Torme, Sam Rivers, Mose Allison, Tony Bennett and the Woody Herman Orchestra, to name just a few. So it comes as no surprise that R & D, recorded live in June 2015, is a tasteful, warm, and remarkably accessible document, a shining testament to the untiring and unflagging ability of musicians to bring out the most in the music and each other.

Recorded before a small audience (which always tests musicians' nerves and senses), the eight standards presented here create a lively and most spirited program. Hammerstein and Kern's everlasting melody, "The Song Is You," is a highlight lift-off, with a beautiful optimism bubbling from Rupert's whispery, well-rounded, almost vocal tone, and rising from Drexler's skilled, multilayered voicings. Rodgers and Hammerstein's "Edelweiss," from The Sound of Music, is pure synergy, each player pushing the other forward, Drexler especially colorful and free, choreographing a lasting dance. Billy Strayhorn's "Johnny Come Lately" and Mal Waldron's sumptuous "Soul Eyes" are further evidence of this duo's dedication to its craft, its music, and the art of storytelling.