By MARK CORROTO
February 14, 2014
Sign in to view read count 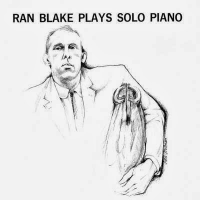 ESP Disk's 50th anniversary reissue series continues to unearth valuable documents from the history of cutting edge music. Back in the 1960s, when jazz was becoming marginalized as popular music and disenfranchised by the rise of rock-and-roll, ESP chose to eliminate musical classifications that pigeonholed creative music. The label released music by Albert Ayler and Gato Barbieri at the same time it was producing The Fugs and Pearls Before Swine.

This re-release of pianist Ran Blake's Plays Solo Piano is a, admirable illustration of not only ESP's vision, but the dynamic nature of jazz. Recorded in 1965, when jazz was exploding in multiple directions and dividing into various camps, Plays Solo Piano is an excellent example how an artist can assimilate multiple musical traditions and integrate them into a very personal vision.

Blake, like the more famous Thelonious Monk, was a champion of the avant-garde who wasn't afraid to incorporate Gospel, Tin Pan Alley stride, and blues. Blake extended that gambit, drawing from classical music and film-noire. Like the abstract paintings of Pollock or de Kooning whose origins were in representational line drawings, Blake's avant- garde music invites you to consider his lineage.

Plays Solo Piano is a nearly lost treasure, long coveted by vinyl collectors. Like a lost-now-found masterpiece it has defects on its surface. The minor distortions of the remastered copy though somehow add a mystique to this found gem. Blake presents four originals, some reconfigurations of jazz masterpieces, and his unique take on traditional song.

Like Monk, he can recite (maybe re-recite) a piece like "Sleepy Time Gal" or "There'll Be Some Changes Made," making them both bygone music and very modern hip pieces. His take on Ornette Coleman's "Lonely Woman," a classic composition now but only an infant then, draws out the essence of this forlorn piece with an economy of notes and elegant touch. Blake's ability to evoke the true spirit of a tune was fully developed back in 1965. "Good Morning Heartache" roots out the blues and "On Green Dolphin Street" draws an abstract map of the modern piano. His piece "Birmingham U.S.A.," like John Coltrane's "Alabama" was written in response to the 16th Street Baptist Church bombing in 1963. Where Coltrane's music was an elegy, Blake's is a tirade pounded out on his keyboard.