By DAN BILAWSKY
August 23, 2010
Sign in to view read count
Summer is a time of joy for many people. Children are treated to a well-deserved vacation, allowing them to recharge for the following school year, and barbecues are held in backyards, en masse, throughout every corner of America and beyond. Those fond of the surf and sand flock to the beach, and it's all-too-common to see people jogging, biking or just partaking in a simple stroll through a park. While summer brings all of these perks and many more, it also brings intense heat.

"Sunny" is a word that probably weighs heavily on people's minds during the summer season. Sitting here, writing this piece in early August and marveling at the fact that New York has seen almost thirty days of 90-plus degree weather this summer, I am naturally thinking about sunny times. The word, while most often used in weather-related discussions, goes well beyond this topic. Pleasant people are often said to have a "sunny disposition," and songwriters have used "sunny" as a way to express optimism or positive thinking when confronted with troubled times. When "sunny" is viewed from that particular angle, one song immediately comes to mind. 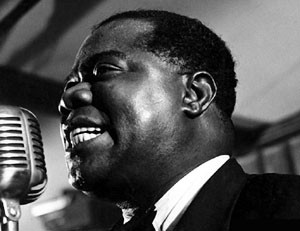 Audiences first had the experience of hearing "On The Sunny Side Of The Street" in February, 1930, when they went to soak in the sights and sounds of Lew Leslie's International Revue. Lyricist Dorothy Fields and composer Jimmy McHugh joined forces to make some magic and, though few people remember this short-lived production, this particular composition has become immortal. The lyrics, encouraging and spirit-boosting, were the perfect, uplifting distraction that depression-era listeners needed, and musicians including Ella Fitzgerald and Tommy Dorsey flocked to the song in the ensuing years. While eighty years have passed since this piece first found an audience, the United States finds itself in a gloomy financial state once again, making it the perfect time to sit back and "leave your troubles on the doorstep." This edition of Old, New, Borrowed and Blue will take a look at four drastically different takes of this classic, so sit back by the pool (or in the comfort of air conditioning) and enjoy your time "On The Sunny Side Of The Street."

While plenty of vintage versions of this song—performed by a whole slew of jazz celebrities including Art Tatum, Frank Sinatra and Dizzy Gillespie—could have fit the bill here, I've always enjoyed hearing Louis Armstrong deliver this cheery message-of-a-song. Armstrong's real-life role as an ambassador of goodwill—travelling the world and bringing people together through the common language and love of music—seems to reflect the overall spirit of this piece, and he made it a part of his performances on many occasions.

One such performance of this song can be found on YouTube as Armstrong, flanked by the great Trummy Young, delivers good tidings before letting the trombonist go off on a terrific solo tangent. Armstrong takes control when Young is through, and brings his one-of-a-kind solo styling to the plate. Trombone and clarinet figures move beautifully around Armstrong during this woozy, relaxed performance and, while this is just one of many songs that Armstrong performed in his career, it really strikes a chord and reflects what the great Satchmo was all about. 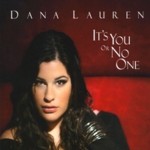 Judging a book by its cover can be dangerous, and something that jazz writers probably succumb to more often than they'll admit. Encountering piles of recordings—arriving on a weekly or daily basis—makes it all-too-easy to take one look at an album and make a snap judgment about whether it might be review-worthy or not. Perhaps the writer is already familiar with the some of the musicians on the CD, or some of the material, and this might sway them in one direction or the other. Substandard packaging might make an album seem less desirable to crack open, and any number of other factors can influence the fate of a review.

When I cracked open my copy of Dana Lauren's It's You Or No One (Self Produced, 2010), I have to admit that I almost fell prey to the look-before-you-listen form of judgment. The cover photo and interior shot of Lauren, possessing an attractive and sensuous Idina Menzel-meets-Lea Michele-like appearance, made me wonder if this was just a case of somebody trying to cash in on looks while ignoring music quality. Fortunately, I went forward, learned my lesson, and was completely floored by Lauren's album. One listen made it easy to see why Arturo Sandoval generously heaped his praises upon Lauren, and felt compelled to work with her.

While Lauren has a killer cast of musicians on this album—including pianist Manuel Valera and saxophonist Joel Frahm—the lone appearance of bassist Christian McBride might be what makes people freeze in their tracks. Lauren bravely tackles "On The Sunny Side Of The Street," with McBride as the lone instrumental voice, and this proves to be the right choice. McBride—rich with ideas and rock solid with his time—bounces around beneath Lauren's vocals, which possess just the right amount of pizzazz.

When it comes to young talent, vocalist Nikki Yanofsky's name is also on a lot of people's minds. Yanofsky, now a mere sixteen years of age, caused a stir with her 2006 performance at the Festival International de Jazz de Montréal, and continues to win converts with her super scatting abilities, killer vocal chops and enthusiastic delivery. 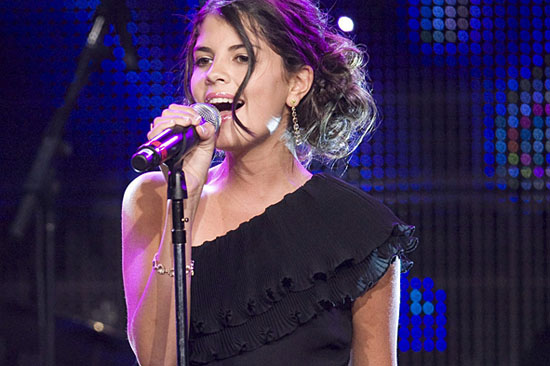 While Yanofsky has already been featured on an Ella Fitzgerald tribute album for Verve, as well as releasing her own live Ella...Of Thee I Swing (Universal, 2008), she is turning even more heads with Nikki (Decca, 2010), her studio debut. While jazz purists might bemoan the fact that Yanofsky performs as much radio-friendly pop as jazz on the album, she makes good on her early promise, delivering some well-polished arrangements of standards. "Take The 'A' Train" gives Yanofsky an opportunity to sing the virtues of Harlem and run down a list of her favorite New York spots and shows. "I Got Rhythm"—with some explosive scatting—and "God Bless The Child" also make it into the program, but "On The Sunny Side Of The Street," which borrows some sounds from an unlikely source, is the real winner here.

Bassist/musical director Rob Fahie arranged this ingenious rendition of "On The Sunny Side Of The Street," with Led Zeppelin's "Fool In The Rain" woven into the song's fabric, and the results are spectacular. Drummer Richard Irwin kicks off the song with John Bonham's instantly recognizable groove, the horns then following suit with the well-known riff heard around the world on classic rock radio. Yanofsky briefly swoons over the band and, just when it seems like she might usurp Zeppelin singer Robert Plant's role, the band stops on a dime. When the music starts up again, Irwin's groove continues to drive the song in the same manner, and the "Fool In The Rain" riff works under the chords of "On The Sunny Side Of The Street." Pianist John Sadowy adds little touches of New Orleans, and the song moves between this feel and a double-time swing groove. Ron DiLauro contributes a fiery trumpet solo, and Yanofsky belts out the last chorus with some shouting horns along for the ride. This one is a mash-up made in heaven—that cloud-filled land of wonder above the sunny sky.

While "On The Sunny Side Of The Street" isn't a blues, and the idea of a dark mood hovering over a song of hope might seem counterproductive, magic can happen when a hazy blue aura is spread over this piece. Trumpeter Terence Blanchard—another New Orleans-born trumpet titan—brought together four of the finest vocalists in jazz for Let's Get Lost (Sony Classical, 2001). Blanchard brilliantly re-imagined eleven pieces by Jimmy McHugh, with the help of Diana Krall, Jane Monheit, Dianne Reeves and Cassandra Wilson, and the results are spectacular. An understated, mellow elegance threads throughout the entire album, and Wilson adds some darker undertones when she interprets "On The Sunny Side Of The Street." 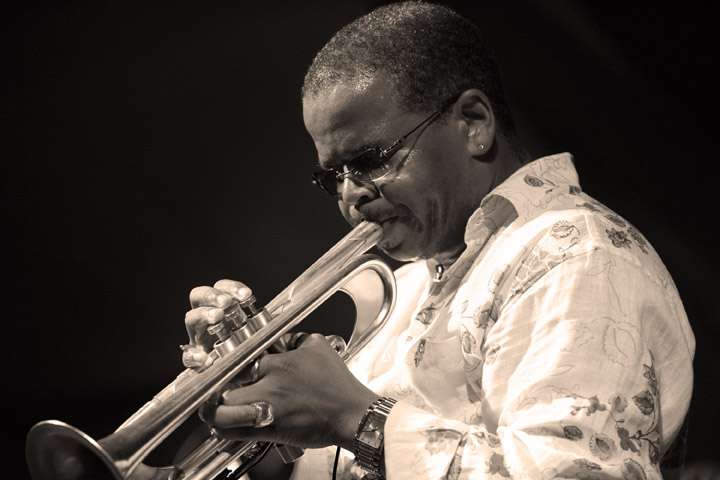 Bassist Derek Nievergelt creates a moving line that pushes the song forward, while drummer Eric Harland keeps things simple. Wilson saunters over the rhythm section, as Blanchard inserts little asides into the song. Pianist Edward Simon comps when needed, but also manages to create some floating lines that just hover in the air. The prior song on the album is "Lost In A Fog," and that phrase also seems appropriate when describing this performance. Blanchard's soloing is passionate and bluesy, and the song left me wondering whether I really wanted to be "On The Sunny Side Of The Street," or if this was just a case of thinking that the grass is always greener on the other side.