Nikki Yanofsky is getting back to where it all started.

Not just in her own life, as a prolific and beloved vocalist who began her career in the jazz world, but in a bigger sense, too. Her new album, Nikki by Starlight, is a modern reimagining of The Great American Songbook, packed with original arrangements and novel vocal interpretations.

Many listeners might be familiar with Yanofsky, who has worked with and received accolades from genre icons like Quincy Jones, Herbie Hancock, and Stevie Wonder. With this latest record, Yanofsky has created a time capsule in which she imagines how she would have recorded these standards, had she been an artist in the times in which they were originally written and shared. Even recording on a vintage RCA 77C, the microphone that was used by Ella Fitzgerald, Yanofsky’s transportive musical touch brings the Great American Songbook into the 21st century, providing a chance for new audiences and existing fans alike to fall in love with her distinct style.

Co-produced with Paul Shrofel, Yanofsky describes the process of recording this album as an invigorating and joyful time that allowed her to tap into the purest part of herself again. She reconnected with the classics on her own terms — especially as an artist who did her first show at just 12 years old, and sometimes felt like a “party trick” singing songs from a bygone era when she was so young. Even so, jazz was her first love, and this record is a true homecoming.

With so many incredible songs to choose from, Yanofsky was sure to include a mix of ballads, uptempo tracks, and sambas. Plus, always one to take on a challenge, she gravitated towards tracks that are notoriously difficult to sing. She’s recruited some of the best names in the business in support: Greg Phillinganes is featured on “Crazy He Calls Me” and “West Coast Blues,” Nathan East provides bass on “Quiet Nights of Quiet Stars,” and the iconic Arturo Sandoval even makes an appearance with his signature trumpet on “Estate”.

Ultimately, this can’t-miss release from Nikki Yanofsky is a celebration of jazz for purists and for the new generation alike. 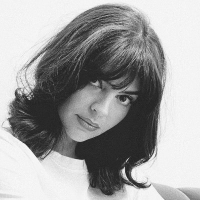 All About Jazz musician pages are maintained by musicians, publicists and trusted members like you. Interested? Tell us why you would like to improve the Nikki Yanofsky musician page.