By C. Michael Bailey
January 28, 2021
Sign in to view read count
The strange year that was 2020 yielded, reluctantly, re-issued and previously unissued recordings from across the spectrum of music and ain't it fine to have such to consider. The value of such recordings lay in their function in pointing to the musical future we presently inhabit. They fill in the blank spaces between then and now. 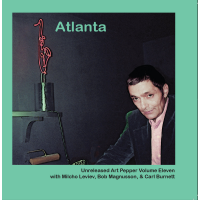 Okay, Okay! The first release of Atlanta: Unreleased Art Pepper Volume Eleven in late 2020 was considered a "soft" release by Laurie Pepper. Who am I to say differently? So, technically, this recording is not "nearly missed." Its "hard" release is eminent and I am leaving its review right here.

Art Pepper. Live, 1980. Unreleased. Laurie Pepper, widow of the alto saxophonist, continues her release of previously unheard (mostly) Pepper performances. Atlanta features nine songs over two compact discs, each song introduced by Pepper. Two standards: "Avalon" and "A Song For Richard" (on which Pepper burns down the house) plus seven originals that document Pepper's career, from "Straight Life" (Surf Ride (Savoy 1954) to "Landscape" (Landscape (Galaxy, 1979)). These originals provide a capsule view of Pepper, from alpha to omega: The blistering bebop of the former gives way to the undulating complexity of the latter.

Bob Magnusson proves why he was Pepper's most empathic bassist, driving the band with his over-miked tone and solid time. Pianist Milcho Leviv was not Pepper's favorite, but was exactly what Pepper needed to spark the leader's difficult personality. Drummer Carl Burnett was Pepper's favorite and longest serving drummer. Laurie Pepper's thoughtfully curated liners show her claiming her rightful place as co-partner in the Pepper legacy, while treating all supporting artists with familial tenderness. This was the picture of jazz at the dawn of the 1980s.. 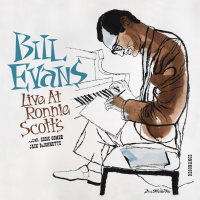 In 1968-69, Bill Evans led a short-lived trio with bassist Eddie Gomez and drummer Jack DeJohnette that before 2017 had only been documented on Bill Evans at the Montreux Jazz Festival (Verve, 1968). In 2016, enter Zev Feldman and Resonance Records, releasing two previously unheard performances of this trio: Some Other Time: the Lost Session From the Black Forest soon to be followed by Another Time: The Hilversum Concert (2017). This Evans trio proved noted for taking highwire chances over the minefield of jazz tradition.

Enter Live At Ronnie Scott's, taped during a month-long residency at the storied London club in July 1968. Two CDs feature 20 performances that include barnstorming treatments of "A Sleepin' Bee," "'Round Midnight," and "Nardis" (if you can imagine), while properly fracturing "Embraceable You" and "You're Gonna Hear From Me" (in two readings). Evans had a facile touch with this band that resulted in the elevated playing of both Gomez and DeJohnette, both who contributed to the exquisitely dramatic presentation. DeJohnette, in particular, pushed a stylistic envelope with his classic post bop drumming. Evans' shadow is long for a reason. Any release of unheard performances is justified for his catalog and legacy. 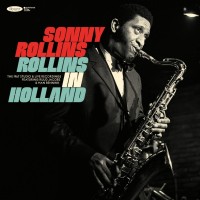 Sonny Rollins' A Night At The Village Vanguard (Blue Note, 1957) was a tenor saxophone game changer along with Way Out West (Contemporary, 1957) and Freedom Suite (Riverside, 1958). The change was the solid introduction of the saxophone trio (sans harmony instrument) in the jazz lexicon. These were rich and thrilling recordings, both stunning and delighting listeners when originally released. I certainly felt that way on my first listen in the early 1980s.

I experienced the same thrill hearing the studio sides featured onRollins In Holland released by Resonance Records. Rollins' solo introduction to "Blue Room" immediately set a tone indicating there would be no fooling around. His Dutch support in bassist Ruud Jacobs and drummer Han Bennink updated the saxophonist's sound markedly from a decade before. These sides sound as if Rollins wished to waste no notes or time. Rollins' last studio work before these sides was a mid-1966 recording date resulting in selections released on East Broadway Rundown (1966, Impulse!). These Dutch recordings reveal a very serious Rollins at his personal best. Compare the studied studio "Four" with the torrential 23-minute live reading and it sounds as if Rollins is making up for lost time. Essential Sonny Rollins.

The year 1959 was a watershed for jazz music. It saw the releases of Miles Davis'Kind of Blue (Columbia); John Coltrane's Giant Steps (Atlantic ); Ornette Coleman'sThe Shape of Jazz to Come (Atlantic); Charles Mingus' Mingus Ah Um (Inpulse!); and, of course, the Dave Brubeck Quartet's Time Out (Columbia). The estate of Brubeck, through their Brubeck Editions, has released Time OutTakes, featuring seven outtakes from the June through August recording sessions resulting in the final release. An eighth track included is nearly five minutes of musician banter making this release both illuminating and fun.

That said, it is the music that sits in the front row. The Dave Brubeck Quartet went a long way in making jazz more "mainstream," pushing the music into the broader public consciousness. The original release was an experiment in time signatures other than 4/4 or 3/4. There is an angular beauty dispersing 4/4 blues within the 9/8 Baroque passages of "Blue Rondo à la Turk" or the orderly conduct of Paul Desmond's "Take Five" taken in 5/4. "Strange Meadowlark" eschews any time signature in its introduction before settling into a comfortable 4/4 for the duration. Included here are songs that did not make the original release, including "I'm In A Dancing Mood" and "Watusi Jam," offering a first look at music made at the same august time as the released music. Tuneful, enlightening, and welcome: Time OutTakes proves very special. 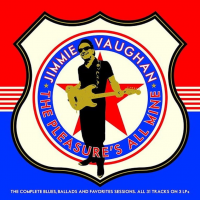 Jimmie Vaughan
The Pleasure's All Mine: The Complete Blues, Ballads and Favorites Sessions
The Last Music Company
2020

Brothers Jimmie and Stevie Ray Vaughan have polar opposite guitar styles. Jimmie Vaughan is dedicated to the "more-is-less" school, where tones, space, and time are judiciously chosen and presented in an almost Ahmad Jamal fashion, while Stevie Ray Vaughan left little space in the time he decorated with many fiery notes as if spit from a flaming Thompson machine gun. In 2010, Jimmie Vaughan conceived of releasing a collection of his favorite recordings resulting in Blues, Ballads and Favorites, released by the British label Proper. A year later, the guitarist released the second half of this thought, More Blues, Ballads and Favorites. These two recordings have been combined and re-released on their tenth anniversaries as The Pleasure's All Mine: The Complete Blues, Ballads and Favorites Sessions on the Last Music Company label, the same label that released Vaughan's more recent recordingsLive at C-Boy's (2017) and Baby, Please Come Home (2019).

Vaughan considers country music and the blues to be that same and there is sound reason to believe so. The two genres share chord progressions, themes, performance peculiarities, often being mixed by artists like Willie Nelson, Ray Charles, Van Morrison, and even Prince. Except, Vaughan's vision reflects an ear for the radio as he was growing up, explaining the presence of Dale and Grace's "Leaving It All Up To You" beside Charlie Rich's "Lonely Weekends," both just done the street from Willie Nelson's sublime "Funny How Time Slips Away." This collection exudes 1950s rhythm and blues radio in the best way. No road-worn 12-bars here: all jump, doowop, pre-soul R&B. Vaughan's succinct guitar playing, unadorned and organic is a plus, making this a sensible, even exceptional collection. 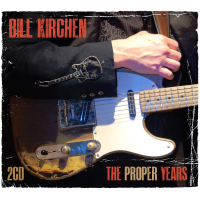 Bill Kirchen? No clue? How about co-founder of Commander Cody and His Lost Planet Airmen? Yes, that Fender Telecaster master and songwriter of Cody classics like "Too Much Fun," "Lookin' At The World Through A Windshield," "Semi Truck," and "Mama Hated Diesels." Yes, that's more like it. Kirchen was a mainstay of the Airmen in the 1970s and has remained active in recording and session work since then. He is a master of that demanding mistress, the Telecaster in the same way that Danny Gatton and Roy Buchanan were. He perfected the country twang of the ax Merle Haggard called "the working man's guitar."

During the 2000s, Kirchen made several recordings for the American Imprint of the British Proper label (as Jimmie Vaughan had also done) that include: Hammer Of The Honky Tonk Gods (2006); Word To The Wise (2010); and Stems And Seeds (2013). These three recordings have now been combined and released by The Last Music Company under the title The Proper Years. This collection features Kirchen performing in a variety of formats, all seasoned with his exceptional guitar playing. This is music filled with mirth and humor, dispatched with the greatest musical ability. Listen in wonder to an extended "Hot rod Lincoln" where Kirchen emulated 15 guitar styles in two minutes!