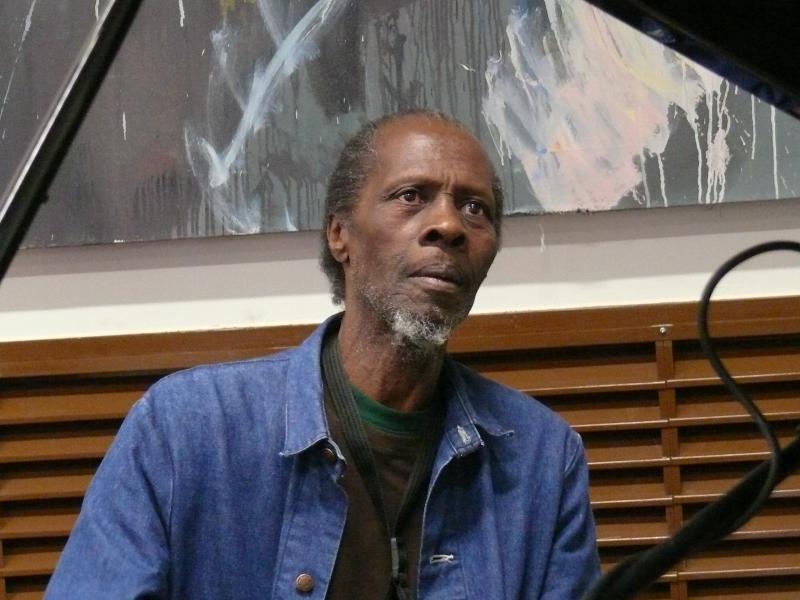 At this, the nineteenth Vision Festival, Arts For Art is proud to acknowledge Charles Gayle for his Lifetime of Achievement. A gentle and humble artist, he is clearly one of the greatest saxophone players.

Born and raised in Buffalo, he was much influenced by the church, where he grew up singing and playing music, but also deeply affected by the racially charged environment that was part of his formative years. Christianity is deeply felt by Mr. Gayle and is integral to his music.

Mr. Gayle is a musician who excels at whatever instrument he plays, be it sax or piano or bass, as he will demonstrate so well at this year’s festival. Primarily self-taught, he is tireless in his commitment to the music. He has played music all his life, be it on the streets, or in fine European concert halls where he has been met with great enthusiasm. Now he is an elder, yet refuses to lay back and rest on his musical accomplishments, for fear that the music might lose its ability to move us—Charles Gayle does not play for himself, but to serve. He has said about his character “Streets” that he dons that attire so that he can get out of the way to let the Music shine. His intention is to move and inspire, and he has dedicated his life to this goal. There will be 3 bands playing his music on the opening night of the Festival, June 11, 2014

This first group features Charles Gayle on piano & bass. There will be a combination of solos by Charles, then duos and finally the Dance will bring the group together.

Here Charles Gayle is on the Tenor. A brand new quartet new formation of peers to realize a musical understanding that they is always searching for. An insight into music, that he wants to share and for which he has been laboring.

Reading a work by Amiri Baraka and by himself.

“Spirits knee-deep in what we have forgotten entrancing our bodies now to dance, like enraptured water lilies the rhythm in liquid strides of certain looks" –Quincy Troupe excerpt ‘Reaching for Something'

Charles Gayle began his musical journey as a child playing the piano. It is an instrument to which he always likes to return. Tonight is a very rare opportunity to also see him conduct, to hear his concepts of music expanded into a super group The musicians who were chosen are all musicians who have traveled on their own unique journey in music, either for a long time or not so long. It is unique creativity (personal music) that he values.

Vision Festival 19 will be at Roulette
509 Atlantic Avenue
Brooklyn, NY 11217