SOURCE: ALL ABOUT JAZZ
September 3, 2017
Sign in to view read count

A Kickstarter campaign that rewards its future subscribers runs from September 6th to October 10th. 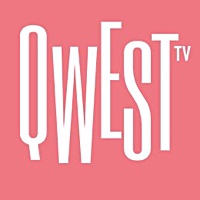 While the Hollywood Bowl in Los Angeles pays tribute to Quincy Jones’ “A&M” years, Qwest TV opens its doors to subscribers by way of a Kickstarter campaign.

From today to October 10th, you can join Quincy Jones and the rest of the Qwest TV community by becoming a “co-founding subscriber” or otherwise participating in the pre-launch campaign, an unprecedented opportunity to help co-create Qwest TV alongside team members.

Each and every Kickstarter participant will be rewarded with at least one of many unique items, some of which have been personalized by Quincy Jones himself.

For Quincy Jones, “Qwest TV will celebrate world culture with music. This platform will help preserve and protect our musical heritage. For some, it will be an exciting new way to enjoy music they love. But Qwest TV will also and most importantly be an educational tool that will retrace the history of jazz in all its diversity. Today, with this Kickstarter campaign, anyone who cares about jazz and world culture will have the possibility to join us on our mission of education and heritage and to share in jazz’s strength and values”

Adds Reza Ackbaraly: “Above all else, Qwest TV is a community of passionate people whom we wish to unite around a powerful medium. We have chosen to build an innovative organization in cooperation with musicians and industry professionals. With this campaign, we would like to remind the audience that our first objective is to satisfy a demanding and curious public, which is why we want to bring our co-founding subscribers into the fold right from the start of this pre-launch phase while offering them benefits that are on par with this revolutionary adventure.”

Qwest TV: bringing together a community of passionate people.

Qwest TV aims to be the global meet-up spot that will unite artists, the public and young generations alike around content that will shatter the boundaries of jazz.

What is Qwest TV?

Qwest TV is the new international audiovisual media dedicated to jazz and beyond, co-created by Quincy Jones (USA) and Reza Ackbaraly (France).

A sampling of upcoming programs:

Qwest TV is an innovative, high-quality medium that holds high the values of jazz and hopes to revolutionize access to this century-old music and to all types of music that have been inspired by it.