World-renowned multi-instrumentalist, composer, orchestrator and educator Makanda Ken McIntyre was a tireless musical innovator for nearly half a century, with 12 albums and more than 600 compositions and arrangements to his credit. His works include compositions for woodwind quartets, chamber ensembles, jazz bands, and full orchestra, as well as hundreds of lead sheets. He composed ballads, calypsos, bebop, avant-garde and the blues.

Makanda was known primarily for leading his own ensembles — performing on alto saxophone, flute, bass clarinet, oboe and bassoon — and being proficient on more than 16 instruments, including bass, drums and piano. His playing on all these instruments projected a highly energetic, celebratory life force.

Makanda, whose given name was "Kenneth Arthur McIntyre," was born on September 7, 1931 in Boston, Massachusetts. His parents, who were from Jamaica, raised him in the South End, a largely West Indian area. He picked up his first saxophone at the late age of 19 after being inspired by Charlie Parker. He made up for lost time through tireless practice and discipline.

His tremendous work ethic was evident throughout his life and his teachings. He committed himself to inspiring all people about music and believed in the unlimited potential of every student. Makanda taught extensively in the New York City schools and also served on the faculties of Central State University, Wesleyan University, Fordham University, Smith College, and the New School University Jazz and Contemporary Music Department. In 1971, he began a 24-year tenure at the State University of New York/College at Old Westbury. At Old Westbury, he founded and chaired the American Music, Dance and Theatre Program, which was one of the country's first departments dedicated to the arts in the African American tradition. Makanda designed and taught more than 10 courses in instrumental music, arranging, history, theory and composition. He retired as a professor emeritus from Old Westbury in 1995.

In 1983, Makanda founded The Contemporary African American Music Organization (CAAMO) to promote free expression and continuing education in music and the performing arts with African American origins. CAAMO held more than 250 performances and educational workshops throughout the New York area. The CAAMO orchestra performed in many venues, including Carnegie Recital Hall, throughout the 80's.

Makanda performed to great acclaim worldwide. He toured with the Beaver Harris and the 360-degree Experience, with Charlie Haden's Liberation Music Orchestra, and appeared on Cecil Taylor's groundbreaking album, Unit Structures. In the early 90's he was artist-in-residence Bolivia. In 1998, he served as a Jazz Ambassador to the Middle East under the auspices of the Kennedy Center and the United States Information Agency.

In addition to teaching and performing, Makanda composed and arranged songs and scores for film and TV specials. He served on The New York State Council for the Arts, National Endowment for the Arts, and was an active member of International Association of Jazz Educators, National Black Music Caucus and Local 802 Musicians Union. He also published numerous articles and music guidebooks and lectured internationally.

It was in the early 90's that he changed his name to Makanda Ken McIntyre. While performing in Zimbabwe, a stranger handed him a piece of paper on which was written, "Makanda," which means "many skins" in the Ndebele language and "many heads" in Shona.

Makanda was devoted to his family, and named many tunes after them, including his mother, Blanche, his father, Arthur Augustus, his sister, Eileen Mercedes ("Puunti"), his first wife, Charlotte ("Charshee"), his sons Kaijee and Kheil, and his second wife, Joy. His song titles reflect a deep pride in his Jamaican heritage, his commitment to African American struggles, his spiritual nature, and his love of good food! 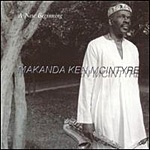 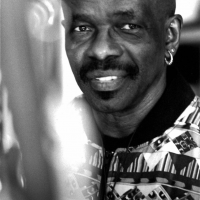 All About Jazz musician pages are maintained by musicians, publicists and trusted members like you. Interested? Tell us why you would like to improve the Makanda Ken McIntyre musician page.