In his entire career as an improvisational flutist Steig has challenged the boundaries of conventional categories in music. In his first album Flute Fever (Columbia Records 1963) Steig established himself as one of the most important voices in contemporary music, setting new standards in the performance and appreciation of the flute as improvisational instrument.

Steig's openness to all kinds of music is the key that attracts audience to his music. In his newest CD, Steig teams up as a duo with the prominent guitarist and composer, Vic Juris. Their collaboration covers everything from jazz, blues, rock, free music and even some classical pieces that have been reworked to include improvisation. Improvised, Steig and Juris' first CD together, is a dynamic sonic adventure. They have been invited to the 2004 Yokohama Jazz Promenade, one of the biggest jazz festivals held in Japan.

Steig has also been active as Free Folk, a trio with Perry Robinson (clarinet) and Ed Schuller (bass). The music they play contains elements of folk, classical and jazz.

Steig studied flute with Paige Brook, who played in the New York Philharmonic. He went on to study at the High School of Music and Art in New York. Paige encouraged Steig to play "jazz" while providing him with classical tools. Emerging as a leader of the first jazz-rock band, "Jeremy and the Satyrs," followed by the release of What's New (Verve 1969) with the legendary Bill Evans, proved Steig's versatility as a young musician.

Flute On The Edge 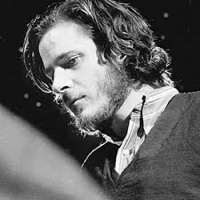 All About Jazz musician pages are maintained by musicians, publicists and trusted members like you. Interested? Tell us why you would like to improve the Jeremy Steig musician page.