Born Dorothy Jeanne Thompson, she grew up around music in Detroit where her father, guitarist Wiley Thompson, often brought home fellow jazz musicians. Even as a young girl, Dorothy would provide support and background to their music by playing the piano. She attended Cass Technical High School where fellow students included such future musical talents and jazz greats as Donald Byrd, Gerald Wilson, and Kenny Burrell.

While in high school she played a number of instruments (including the saxophone and string bass) before coming upon the harp. She attended Wayne State University in Detroit where she studied piano and music education. After she graduated, she began playing the piano in the jazz scene in Detroit, though by 1952 she had made the harp her main instrument. At first her fellow jazz musicians were resistant to the idea of adding the harp, which they perceived as an instrument of classical music and also somewhat ethereal in sound, into jazz performances. So Ashby overcame their initial resistance and built up support for the harp as a jazz instrument by organizing free shows and playing at dances and weddings with her trio. She recorded with Richard Davis, Jimmy Cobb, Frank Wess and others in the late 1950s and early 1960s. During the 1960s, she also had her own radio show in Detroit. Ashby's trio, including her husband John Ashby on drums, regularly toured the country, recording albums for several different record labels. She played with Louis Armstrong and Woody Herman, among others.

In 1962 Downbeat magazine's annual poll of best jazz performers included Ashby. Extending her range of interests and talents, she also worked with her husband on a theater company, the Ashby Players, which her husband founded in Detroit, and for which Dorothy often wrote the scores. In the late 1960s, the Ashbys gave up touring and settled in California where Dorothy broke into the studio recording system as a harpist through the help of the soul singer Bill Withers, who recommended her to Stevie Wonder. As a result, Dorothy was called upon for a number of studio sessions playing for such popular recording artists as Dionne Warwick, Diana Ross, Earth, Wind & Fire, and Barry Manilow.

Her harp playing is featured in the song "Come Live With Me' which is on the soundtrack for the 1967 movie, Valley of the Dolls. One of her more noteworthy performances in contemporary popular music was playing the harp on the song "If It's Magic" on Stevie Wonder's 1976 album Songs in the Key of Life.

She is also featured on Bill Withers' 1974 album, +'Justments. Her albums include The Jazz Harpist, In a Minor Groove, Hip Harp, Fantastic Jazz Harp of Dorothy Ashby with (Junior Mance), Django/Misty, Concerto De Aranjuez, Afro Harping, Dorothy's Harp, The Rubaiyat of Dorothy Ashby, and Music for Beautiful People. Between 1956-1970, she recorded 10 albums for such labels as Savoy, Cadet, Prestige, New Jazz, Argo, Jazzland and Atlantic. On her "Rubaiyat" album, Ashby played the Japanese musical instrument, the koto, demonstrating her talents on another instrument, and successfully integrating it into jazz. 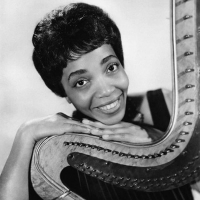 All About Jazz musician pages are maintained by musicians, publicists and trusted members like you. Interested? Tell us why you would like to improve the Dorothy Ashby musician page.