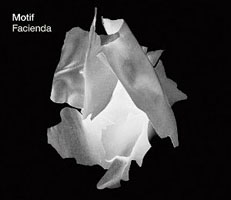 Just because there's nearly a three-year gap between recordings, it doesn't mean an artist hasn't been busy. Norwegian free bop-meister Motif was last heard from in 2008, on the tradition-twisting Apo Calypso (Jazzland), closing yet another gap from the previous Expansion (AIM, 2005). Released in late 2010, Facienda demonstrates, in the clearest possible terms, that this freewheeling, mostly five-piece lineup—exploring in, out and around the structures defined by bassist and principal composer Ole Morten Vågan—has been very busy indeed. The three discs collect live performances between 2007 and 2009, as well as a studio disc, recorded in May, 2010, that features the group's current personnel.

Volume 1, the studio disc, finds Motif largely intact, but with Eivind Lønning replacing Apo Calypso's Mathias Eick—a change mandated, no doubt, by Eick's rapid climb and, consequently, active schedule on both the local and international scenes following the release of his ECM debut, The Door (2008). Eick makes a guest appearance here on two of Volume 2's three tracks from the 2009 Kongsberg Jazz Festival, where Motif expanded to an octet and, on the same two tracks as Eick, a dectet that also featured up-and-coming violinist Ola Kvernberg, whose Liarbird Project was a hit of Molde 2010 and whose release as an album is hotly anticipated.

The addition of vibraphone, electric guitar and high profile saxophonist Hakon Kornstad on these tracks, neither restricts nor overwhelms Motif's basic modus operandi—knotty themes, written by Vågan, that cross and merge stylistic markers from the Ornette Coleman-inspired freedom of "Paddy Whack," to the positively grooving "I Distinctly Heard the Sound of a Mexican Rhythm Combo," where, if that's what bassist Vågan heard, it's like no mariachi band you'll ever hear. Petter Vågan's pedal steel guitar adds a contrasting texture to the brass-heavy frontline, while Swedish vibraphonist Mattias Ståhl's more inherently ethereal instrument does nothing to turn the large ensemble away from moments of absolute freedom and density, where individual musicians emerge briefly, only to fall back into the overall mix as another takes over, leading slowly, inevitably, to a build that ultimately resolves back to its compelling pulse and quirky theme.

Four more tracks feature the octet, but for the other two discs, it's the core quintet that has, along with Ole Morten Vågan, included saxophonist/clarinetist Atle Nymo, drummer Håkon Mjåset Johansen, and pianist Håvard Wiik since Motif's inception, when it won the Young Nordic Jazz Comets award, in 2001. Everyone's a decade older, in their thirties, but a fresh outlook that's built on the idea that the jazz tradition is essential but not immovable—allowing references from contemporary classical music to seep into some of the improvisations, in particular the brief quartet improv, "Immunoflourescence," Facienda's only track not composed by bassist Vågan, who contributes 17 new charts to the two-and-three-quarter hour box.

The remaining three tunes, all expansions and interpolations of music from Apo Calypso, also show up on Volume 3's live tracks from 2007 and 2009, the entire disc featuring its original lineup, with the exception of the cue-based "Allkiss," from the fall of 2009, by which time Lønning had joined the group. Lønning may not have Eick's cachet—not yet, at least—but he's emerging as yet another creative Norwegian trumpeter, following others including Eick, Nils Petter Molvaer, Arve Henriksen and Per Jorgensen, as a harder-edged player with a greater penchant for abrasive extended techniques, as he demonstrates during on a particularly unfettered solo on the studio track "Biggie."

Nymo remains a saxophonist capable of seamless ensemble integration, but who shoots, at least occasionally, for solo territories as extreme as The Thing's Mats Gustafsson, while Wiik has evolved to a rare place where Ornette Coleman's chordless freedom is a clear touchstone, also bringing together heavy-handed, Cecil Taylor-informed block chords, fleet-fingered McCoy Tynerisms and, on top of it all, the delicate, big-eared economy of Paul Bley that's a particular marker and strength of the Norwegian improvising scene; all combined with his other expansive reference points to make him one of the country's most exciting pianists.

The bass/drums team of Vågan and Johansen is a moveable one, the two also collaborating as part of Wiik's trio on The Arcades Project (Jazzland, 2008), though Vågan debuted a new quintet at Kongsberg Jazz 2010, a multinational group that also included Swedish drummer Jon Fält, of Lekverk and Bobo Stenson Trio. A fine and alternative vehicle to Motif, to be sure, but there's no denying the near-telepathic chemistry shared by Vågan and Johansen, an essential core component that allows Vågan free reign to write music that can be as implicit as Monet or detailed as Rembrandt. The studio disc finds Motif moving farther to the left, though the knotty idiosyncrasies of "Monk Ease" make clear that, underneath it all, there is a group driven to expand on a clear and present tradition. 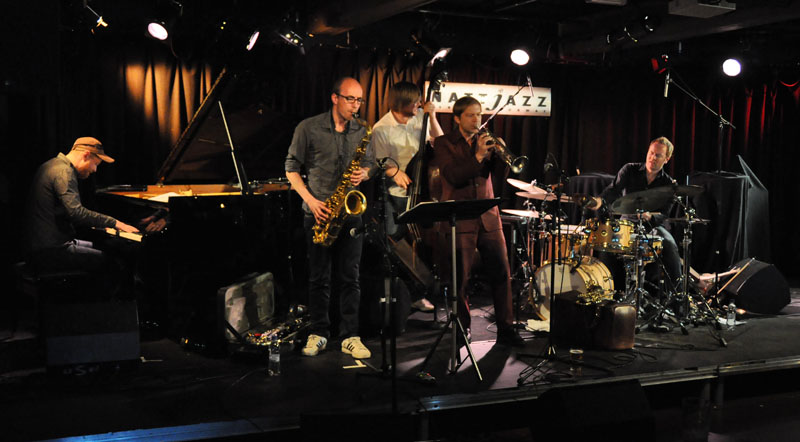 That this group manages to retain its own sound is all the more remarkable for the almost unfathomably busy schedules of its members—the four founding players, who were rising stars of a decade ago, now delivering on all the promises then given. Vågan seemed to be running at a furious pace at both Bergen's Natt Jazz and Kongsberg in 2010, trying to make it from one show to the next as sped between his own show and a date with pianist Maria Kannegaard's Trio. Kannegaard's collective project, Maryland (Moserobie, 2008), also features Vågan and Johansen, while the bassist is a key component of saxophonist Tore Brunborg's stellar trio recording, Lucid Grey (DRAVLE, 2009). Johansen is also a member of trombonist/composer Helge Sunde's color-filled and more intimately structured Ensemble Denada—which also, coincidentally, featured both Atle Nymo and his saxophonist brother, Frode, on the appropriately titled Finding Nymo (ACT, 2009).

What keeps Motif going, amidst all this furious activity? It's not always completely clear, aside from song titles that reflect Vågan's warped sense of humor ("Truffle Pigs and Katmandu Stray Dogs," "Korean Barbecue Sauce"), but watching Motif perform at Bergen's Natt Jazz 2010, where Germany's Axel Dorner was in the trumpet spot, it was clear that this is a group of serious players, sophisticated improvisers all, who are having fun. Vågan, in particular, always seems plenty happy to be in the moment, as he races between furious walking lines and some of the most aggressive extended techniques around, his bass reflecting the hard treatment it gets on the bandstand each and every night, and the bassist looking like he sweats off a good few pounds at every gig.

Facienda's three discs draw a line between where Apo Calypso left off and where Motif 2011 now lives. Motif has always skirted the line between structure and spontaneity, with a general tendency to live on the freer side of the equation, but Facienda shows the group heading for even more expressionistic territory than ever before; it may have been a long wait, but there's no doubt that if another three years have to go by before Motif releases another record, it will be worth the wait.