Although he is still quite young in years, Havard Wiik ranks among the uppermost and most widely acclaimed jazz pianists in Norway, with talents that have brought him all around the world. He made his first major appearance on the scene in 1995, with Element, but for the last 10 years he has been a key player in many groups, such as Atomic, Free Fall, Atomic Schooldays, a duo with Hakon Kornstad, a new project with Axel Dorner and Fredrik Ljungqvist, among others. He has been an obvious choice as collaborator with giants in jazz, Kenny Wheeler, Lee Konitz, Joe Lovano representing the old school, and Ken Vandermark being a soul mate from the here and now.

Havard Wiik originally made his mark alongside colleagues and buddies Paal Nilssen-Love and Ingebrigt Haker Flaten, still being the power and the glory in Atomic

Mikko Innanen has been a prolific saxophonist on the Finnish scene for so long that one can no longer refer to him as any sort of new boy in town. But with the passing of the years there have been changes of focus and style, and the release of the album Autonomus sees a new experimental ...

The Scandinavian supergroup Atomic has always pushed back against “tradition," be it the customary sound of Nordic jazz or--maybe more importantly--what most believe to be the avant-garde. Each member has a thriving career outside the quintet: bassist Ingebrigt Håker Flaten with The Young Mothers, The Thing, Rempis Percussion Quartet, and his own trio and quartets, drummer ...

Håvard Wiik: This Is Not a Waltz 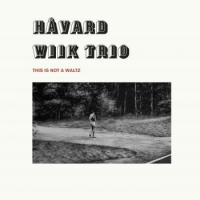 Leading-edge Norwegian pianist Håvard Wiik is a widely acclaimed artist via his work in the eminent Scandinavian free bop band, Atomic and collaborations with saxophonists Joe Lovano, Ken Vandermark and many other jazz VIPs. Yet he's equally at home settling into modern jazz frameworks or when venturing into the outside peripheries of jazz. But this release, ...

Håvard Wiik Trio: This Is Not a Waltz

This Is Not a Waltz 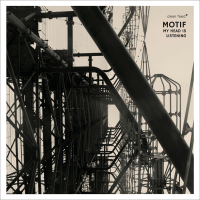 Formed in 1998, Norwegian sextet Motif celebrates its sixth release with My Head Is Listening and its second on Clean Feed following Art Transplant (2011). Bassist Ole Morten Vågan, who co-founded the outfit with reedman Atle Nymo, is once again responsible for all seven compositions. As well as Motif, he boasts some heavyweight credits with Joshua ... 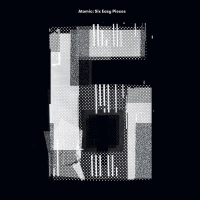 Founded in 2000, the Swedish/Norwegian group Atomic has remained true to their uncommon blend of American and European influences over the years. With only one lineup change since their inception, the quintet continues to pay homage--in equal parts--to the post 1960s era in the US, and the inherent innovations of Europe's northern-most region. With Six Easy ...

For the first time under the artistic direction of trumpeter Dave Douglas, the 38th edition of the Bergamo Jazz Festival--one of Europe's longest running jazz events--invaded the ancient and noble city in the North of Italy with a joyous celebration of the music's diversity. The beautifully restored Teatro Sociale in the Città Alta--Bergamo's ancient ...