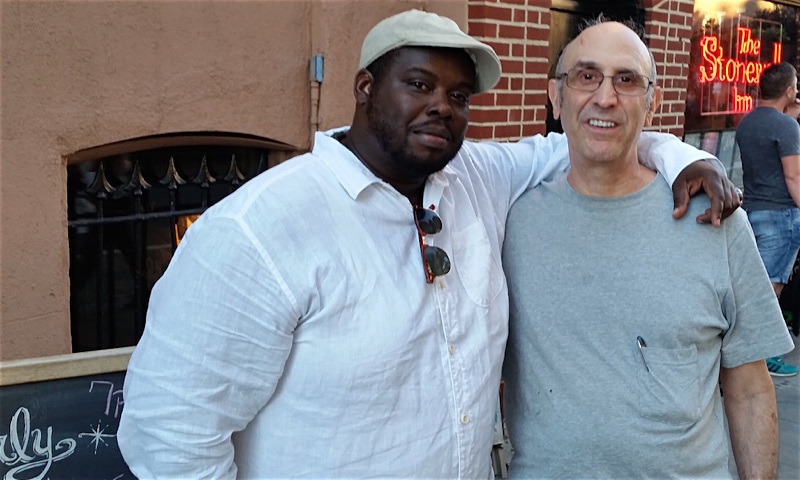 BY TESSA SOUTER AND ANDREA WOLPER
September 5, 2016
Sign in to view read count

I go out to hear live music about four times a week. On occasion, I'll hear more than one gig a night ... It's my drug of choice. When I had hard times at work, going out to hear music was a stress-reliever; I always said, 'It's a lot cheaper than going to a shrink.'

Don Shire's club-hopping habit started in Pittsburgh, but his introduction to the capital of jazz was a 1971 Freddie Hubbard gig at New York jazz institution, the Village Vanguard. And he's still going strong 45 years later. One concert particularly stands out. "When it was over, the people just looked at each other. The feeling was, 'Why go out anymore? We'll never hear anything to equal this!'" There is one jazz great that got away, though not for Don's lack of trying!

Tell us a little about yourself.
I was born in New York City, but forcibly dragged to the suburbs at eight months old. I went to school in Pittsburgh, and returned to the city after college. I got two master's degrees, one in history, and one in labor-industrial relations, which eventually got me into working in human resources for the City of New York. I worked for the City for 24 years.

How old were you when you got your first record, and what was it?
My first records were 45s, mostly rock; I had an older brother, so when I was little I was listening to whatever he was listening to. Early LPs I remember were the Kingston Trio, Ian and Sylvia, and Peter, Paul and Mary. About a year before going to college, I was given a portable stereo and I got more interested in music for which it made a difference to hear it in stereo. My early jazz LPs were Jimmy Smith's Whose Afraid of Virginia Woolf? and The Modern Jazz Quartet's Django. I still use "Slaughter on Tenth Avenue" from the Jimmy Smith album as the ringtone on my cell phone.

Was there one album or experience that was your doorway to jazz?
The Modern Jazz Quartet was probably my doorway to jazz. But Cal Tjader's Warm Wave and Several Shades of Jade albums were very influential. They were relaxing, and the music had various international influences that caught my ear.

What was the first concert you ever attended?
The first concert I attended was probably the New York Philharmonic. My mother had tickets for their Friday matinee concert series and she took me a few times, but I was probably too young to appreciate Leonard Bernstein. In the summer of 1966, and summers after that, I went to concerts at Wollman Rink in Central Park—mostly folk music, like Judy Collins and Tom Paxton. I also remember a great Janis Joplin concert with Santana as the opening act at the old Civic Arena in Pittsburgh. It was one of the first rock and roll concerts I'd been to. Hearing Santana was amazing. I didn't know them, and I guess I wasn't prepared for such a good opening act. Later I went to a number of the Newport Jazz Festival-New York concerts with my Pittsburgh jazz mentor, who turned me on to a lot of musicians and showed me a lot of the New York clubs.

How long have you been going out to hear live music?
Not counting the New York Philharmonic concerts, I started going to hear live music in 1966. My first experience going to a jazz club was as a student in Pittsburgh at the legendary Crawford Grill, seeing the likes of Grant Green and Brother Jack McDuff. My first club in New York was of course the Village Vanguard, where I saw Freddie Hubbard in 1971.

What is it about live music that makes it so special for you?
Live music, as well as live theater, is special because every event is unique, and you don't know what is going to happen. Though mostly good—and sometimes great—things happen, there are also events that fall flat. But there are also those gigs that take you out of the zone and will always be remembered. Live music takes you out of yourself. It's my drug of choice. When I had hard times at work, going out to hear music was a stress-reliever; I always said, "It's a lot cheaper than going to a shrink." And it's always special to run into people I know at gigs.

What are the elements of an amazing concert?
The elements of an amazing concert are the quality of the music, the audience, seeing new and old friends, and when the musicians reach for new heights and you leave knowing you've heard something extraordinary. I once heard Sonny Rollins at The Bottom Line. I had heard him before, and have heard him since, but at this gig he went into a long solo and just took off. The thing with Sonny is he does that all the time, and a lot of what he does is sort of the same, but somehow this time he went somewhere else. I can remember Mike LeDonne sitting at the piano, just staring. When it was over, people in the audience looked at each other, knowing they'd heard something extraordinary. The feeling was, "Why go out anymore? We'll never hear anything to equal this!" That made up for the time before that I had tried (and failed) to see him playing a solo concert mid-week in the garden at MoMA. When I got there, the line went down 54th Street, down 5th Avenue and back up 53rd Street to 6th Avenue. Of course, a lot of music has passed under the bridge since then, but with all the music I've heard I'd say that kind of thing—where everything is working and it just goes above the zone—has happened maybe five or ten times.

What is the most trouble you've gone to, or the farthest you've traveled, to get to a jazz performance?
I don't think I have ever had trouble in order to hear music. There isn't a big need to go far from New York City to hear great music, but I do try to find clubs when I travel in the United States and Europe. I've gone out to hear jazz in Philadelphia, Pittsburgh, Chicago, San Francisco, Australia, Berlin, London, Paris, and Madrid.

Is there one concert that got away that you still regret having missed?
I've had tickets for Miles Davis a couple of times when he didn't show, and I never got to see him.

If you could go back in time and hear one of the jazz legends perform live, who would it be? I would like to hear some of the greats who died before I was listening to live music. I'm sorry that I never heard Paul Desmond.

What makes a great jazz club?
A great jazz club is one that caters to the audience and musicians. As [Jazz at Kitano presenter] Gino Moratti always tells us, the two work together to make the ultimate music. You want to know that the owner and/or manager is into the music and looks for the best bookings. It's very important that the audience is into the music. There are places where the music is just background; you can hear nice music, but they are not great venues to hear it in.

Clubs or concert halls?
I'd much rather see music in a club than in a concert setting because of the intimacy. I'll go to a concert if that's the only way I can see someone, but I'd rather go to a club.

Which club are you most regularly to be found at?
There are a number of clubs I frequent: the Jazz Standard, the Village Vanguard, the 55 Bar, The Jazz Gallery, and the Kitano.

How do you discover new artists?
By going to the clubs. Sometimes they're side people playing with the person I went to see, and I look to hear them when they are leaders. I recently heard Deanna Witkowski play behind Mary Foster Conklin, and then found her leading a trio at the Kitano. Also word-of-mouth.

If you were a professional musician, what instrument would you play, and why?
The piano, of course, because it is the backbone of knowing all other instruments, and gives you the ability to compose. And the bass clarinet because I love the sound. It goes right to the gut and doesn't have the metallic sound of a sax.

What do you love about living in the New York area?
The excitement, the variety of culture. It is the only place I could be truly happy.

Do you have a favorite jazz anecdote?
I was at the infamous Carnegie Hall concert with Mary Lou Williams and Cecil Taylor in 1977. I was a big Cecil Taylor fan, so I was going to see him, but it felt like the whole crowd was there to see Mary Lou Williams, and Cecil just took over. Mary Lou Williams was very polite, and she dealt with it, but she was not the star of the show. A lot of people were very upset. I heard she and Cecil never spoke again after that. [Ed. note: In her book, Morning Glory: A Biography of Mary Lou Williams (Pantheon Books), Linda Dahl says that two years later, Williams sent Taylor a letter expressing her point of view about the concert, asking him about his behavior, and requesting that he reimburse her for the cost of thirty tickets, closing with, "I still love you, Mary."]

Finish this sentence: Life without music would be...
I can't answer, because it's unimaginable! 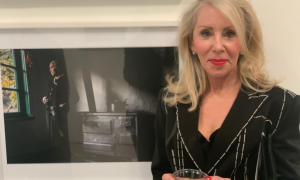