By Mark Sullivan
September 6, 2016
Sign in to view read count 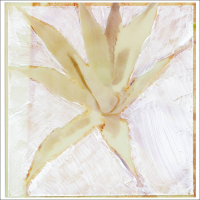 Young Belgian guitarist Ruben Machtelinckx has already had an active recording career, especially with his quartet and the duo Linus. His recordings have become progressively more acoustic and ever more freely improvised. Guitarist Karl Van Deun was Ruben's teacher at the Royal Conservatory of Antwerp. His performing career has been sidelined by hearing problems, but he contributes most of the compositions here, and the pair stick to acoustic instruments.

The dominant sound is two classical guitars, no overdubbing. The compositions are frequently polyphonic, sounding more like classical music than jazz. At first blush it doesn't sound like there is much improvisation, but that's due to a carefully worked out approach. Machtelinckx explains that the pair worked on improvising "more like the tunes themselves. So we practiced improvising more like 'composers' around the chords." On the opener "The Guitar" the approach can be heard if you listen closely: there's a pause at the 2:48 mark, then both guitars improvise on the chords of the tune simultaneously. But there's no clear division in the sound: it's as if the tune carries on right through the improvisation.

"Medieval" takes the same approach, and here the opening theme can be clearly heard returning at the three minute mark. Performers often claim to integrate composition and improvisation this way, but I've never heard it done so completely and seamlessly. There is some variation in the sound. Each of the players performs one solo track, and Machtelinckx contributes three compositions. "The Marriage" finds Van Deun on steel string acoustic guitar with Machtelinckx on banjo (an instrument he has been playing more and more on his own recordings). It also features an overdubbed guitar solo, one of the few places where a part sounds clearly improvised. Closer "Done Gone" (one of Machtelinckx's tunes) brings back the banjo, paired with classical guitar this time.

The sound of Shapes certainly recalls some of classical guitar specialist Ralph Towner's projects, especially the MGT guitar trio with Wolfgang Muthspiel and Slava Grigoryan, which can be heard on From A Dream (Material Records, 2009) and Travel Guide (ECM, 2013), as well as his duo with guitarist John Abercrombie, as heard on Sargasso Sea (ECM, 1976) and Five Years Later (ECM, 1982). But this beautiful collaboration definitely has its own collective voice, and is well worth seeking out by guitar fans.