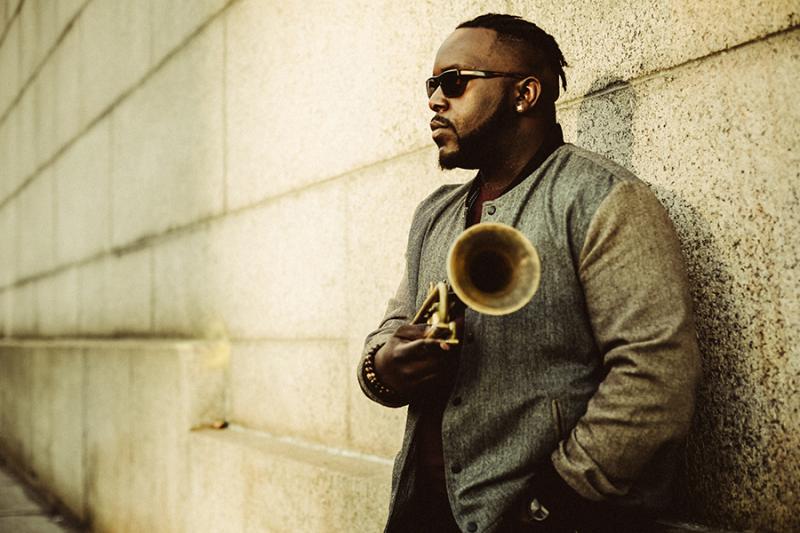 By Nat Seelen
September 6, 2017
Sign in to view read count

Hill is a wonderfully clean player; he improvises in complete sentences rather than the incessant rambling of lesser musicians.

We have a few places to stop and hear someone sling a horn in Boston, but Scullers Jazz Club has long been one of the best. It has better acoustics than the Regattabar, better drinks than the BPC, and what may be the most consistently excellent schedule in town. They only book Thursday through Saturday, but they're hosting the Dizzy Gillespie All Stars, Avishai Cohen, The Cookers, Christian Scott aTunde Adjuah aTunde Adjuah, Dr. Lonnie Smith, Terell Stafford, Kenny Garrett, and E.J. Strickland. And that's only in September. If this is the sort of calendar that new general manager Jan Mullen is going to keep putting together, the Boston jazz scene owes her a sincere round of thanks.

The room is divided into two levels, keeping sight lines clear with the added benefit of giving slower-selling shows the appearance of a full room even at half-capacity. The sound system is well balanced, which was important on Saturday night, because the Marquis Hill Blacktet can generate some serious noise.

Marquis Hill, 31, wears three hats comfortably and well. He is a superb trumpet player, and first came to the attention of the world outside of Chicago by winning the Thelonious Monk Competition in 2014. He is also a fantastic arranger and band leader, delivering both standards and originals in a fresh and grooving package. Beyond his musical skills, though, Hill is an engaging and welcoming MC, which is not a given under any circumstances. He projects a genial, Christian McBride-like presence on the bandstand, humble yet competent, friendly yet in complete control of the situation. I would not be surprised to see his career follow McBride's at least in part due to this triumvirate ability to play jazz, run a band, and lead an audience through a performance.

The first thing you notice about Hill is his tone. Silky smooth, with a shimmer of vibrato at the end of every quarter note. He uses a lot of air, often falling into subtones like his sound is sitting on a pillow, but always with enough diaphragm to support the pitch. You can hear in an instant why he captivated the judges at the Monk competition.

The second thing you notice about Hill is how phenomenally tight his band is. There are two archetypes in the jazz band world: the MFs playing tunes, and the arrangers. Some of the best shows I've ever seen have been MFs playing tunes, musical geniuses stepping up to the mic to lay down their best over a chart we've all known since we were 17. But there is something special about a working group playing really tight arrangements. Miles ran his quintets this way. Art Blakey and Horace Silver did, too. Oddly enough, though, the band that the Blacktet most had me thinking about was the Dave Holland Quintet. (Oddly, I say, because Holland's group hasn't included a trumpet since the early '80s.) The intricate melodies, the bass grooves, the hyperactive drums. And, of course, the vibes.

Hill has had a vibraphone in his band since the very beginning... "The vibraphone, they really add that openness to it, a drier sound and it doesn't take up that much space," he said in his 2015 Jazz Night in America interview. Although that chair has been occupied by Justin "Justefan" Thomas for years, Saturday night saw 22 year old fellow Chicagoan Joel Ross sitting in and ably filling Thomas's mallets. Ross has a phenomenal sense of rhythm and took advantage of the full range of possibilities on his instrument over the course of the set. Warren Wolf and Stefon Harris better watch out, because Ross is clearly coming up in a big way.

The Blacktet opened with an original by Hill, "Black Harvest," off of their 2014 album, Modern Flows EP, Volume 1. It's a cut time burner, clocking in at over 130 bpm, with each note almost tripping over the one before. For a moment, I missed Blacktet regular Christopher McBride on alto saxophone, but pianist Jan Michael Looking Wolf quickly won me over. I often think of the Blacktet's character as coming from the interplay of trumpet, alto saxophone, vibes, bass, and drums. Hill writes for this particular group and these particular musicians, and I was curious to see how his arrangements would hold up with a piano instead of saxophone. Consider me convinced. 'Black Harvest' featured explosive solos by Ross, Hill, and King over the ever-kinetic drumming of Makaya McCraven and the insistent bass lines of Jeremiah Hunt before slipping back into the head, a propulsive figure moving from Eb minor to C minor in syncopated glory.

After the final cadence, McCraven took control of the program, crafting a solo improvisation on the hats, snare, and kick drum that slowly moved outward to the cymbals and into a killer groove to set up the Blacktet's interpretation of Horace Silver's "Moon Rays." Once again, trumpet, vibes, and piano led us through dynamic solos and an artful and fresh interpretation of the head. By this point in the evening, the distinctive style of Hill's arrangements was starting to shine through: frenetic drums that hint at combinations of odd time signatures but always add up to 4; lines that slip between unisons and harmonies over spare and open comping; straight-time tempos rushing the downbeat, just enough to notice; tiny holds at exactly the right place in the melody. "Moon Rays" faded away like they always do, and Hill paused to introduce the band and their new album.

It's called The Way We Play, and it's 45 minutes of standards like "Moon Rays" played in a distinctly non-standard way. There's a long tradition in jazz of musicians releasing records showcasing their interpretations of the standards. Charlie Parker did it it, and with strings at that. Wynton Marsalis has a whole series of albums called Standard Time (volumes one through six). And, to be honest, just about every semi-classy hotel lobby has someone doing it live on a nightly basis. So, in order to make one of these albums work, you really need to work it and give us something we haven't heard before, even if we know the words and the chords by heart. For my money, The Way We Play succeeds here where so many fall flat. Hill's style really is distinctive, his arrangements are interesting, and his group thrums with energy from top to bottom.

As if to prove it, the Blacktet launched into Gigi Gryce's "Minority," another burning minor tune. "Minority" was first recorded with Clifford Brown on trumpet, and Hill honored his legacy with a beautiful solo over the first real swing of the night. Like Brown, Hill is a wonderfully clean player, and he tends to improvise in complete sentences rather than the incessant rambling of lesser players.

Audience members could be forgiven for not recognizing either of the two preceding tunes, but everybody nodded knowingly when Hill introduced Herbie Hancock's classic, "Maiden Voyage," as the next piece. It's so standard that Jamey Aebersold has a beginner instructional book named after it. Still, Hill and the Blacktet were able to truly make it their own. Ross opened alone on the vibraphone. 'How old is this kid?,' I thought to myself. His improvised prelude could be transcribed and taught as an exemplar of two-part counterpoint. Bit by bit, he opened up the soundscape, pullings walls of sound out of the vibes and letting them ring out over the entire room. I felt like I was in the bell tower of a church, but it was the church of modal jazz. Chord by chord, he drew us into the piece, before finally bringing the band into a hushed and meditative rendition that kept the audience rapt in our seats. We had heard them burn and swing, and now we knew that they could handle chill just as well. Hunt closed with a spare and melodic solo on the bass, the first of the night.

Hill ushered us into his original tune, "Return of the Student," from the Blacktet's 2013 release The Poet, with a bit of solo trumpet work. A recurring motif in Hill's recorded oeuvre is the pattern of short intros and outros between each tune, often featuring a solo instrument or spoken word. Live, it serves as a palette cleanser between the dense arrangements, giving the audience a chance to catch our breath and prepare for the next work.

After "Return of the Student," Hill led into another ballad, which became yet another showcase for Joel Ross. McCraven slipped into double time underneath, propelling us through the pedal-down symphonics coming from the vibes.

Hill closed with two tunes from his first album, 2011's New Gospel. "Autumn" was the one piece on the program to read as unabashedly happy, sliding joyfully from major sevens to major thirds in a relaxed 80 beats per minute. Hill had some fine moments with a harmon mute, and Michael King performed beautifully on the piano. "Law and Order," by contrast, was a wild ride out. With a player as controlled as Hill, you really notice when he lets loose. I was reminded of a figure skater throwing his arms out and then gradually pulling them inward during a spin, angular momentum whipping him around at ever faster speeds. Hunt took the last solo of the set, fading away to silence before the band came back in to vamp its way to the finish line.

We all stood. What could we do? When faced with a performance like that, the only option is the standing ovation. Hill, King, Ross, Hunt, and McCraven made their way off stage left, but we kept it up until they returned for an encore. I'm ashamed to admit that I didn't recognize the tune, but it was classic Blacktet: vibraphones and trumpet spitting hard bop lines smooth as honey over a rickety backbeat. I left Scullers with that contact high you only get from a truly great performance. Like I said, we have a lot of stages in Boston, but it's a rare treat to catch someone like Marquis Hill on one of them. He's young, he's hot, and he has a bright future ahead of him. I hope he comes back soon, and when he does, I know I'll be there.

Nat plays woodwinds and writes about music in and around Boston.