AAJ: Coming back to Third Round, there's a lyricism in the music and in the melodies which seems reminiscent of Sting, but not directly so, What have you learned from playing with him?

MK: It's funny that you say that because I don't see that in my music, but maybe I'm too close to it. Sting is a workaholic; he never stops. He never stops until he's pleased. I think I've learned that—to be very professional. If we decided to start at ten let's start at ten, and we're going to finish when we're going to finish, but when we are pleased. This is the kind of guy Sting is, but in a nice way. I did the Brand New Day tour with him in '99 and we did 286 gigs, and I tell you that in every gig we had a sound check. He never missed one. In each sound check we were checking things in the structures, in the harmonies and in the rhythm every time.

I have to say it was very exciting because it wasn't like going to the office and everything went automatically, no. You were always there, concentrated, on your toes and trying to become as good as you can. And that's what I learned from him; he never lets anything become habit, he's always thinking we can get better. Sometimes we were not better, but at least we tried. Then the next day at the sound check he would say, "OK, let's go back to what we did before." He's a perfectionist, but in a very relaxed way, and that's what I learned from him, both in studio and live—to go as far as you can. He's a gentleman and a very easygoing man as long as you are there and you give him what he's expecting from you. We're very close. We have a deep and great friendship.

AAJ: You're touring a lot throughout the rest of the year; who's in your working band?

MK: The pianist is an Italian guy who's living in France now. His name is Alfio Origlio, and he also plays Fender Rhodes. My bassist, who plays very much in Pino's [Palladino] style is a French guy called Laurent Vernerey. We've done a lot of sessions together and he's a good friend. He plays electric bass. The saxophonist is another Norwegian guy who plays when Tore is not available. His name is Petter Wettre and he's a very good player on tenor and soprano. That's the quartet.

AAJ: You're probably doing a lot fewer sessions as a sideman now that you have an established identity as a leader in your own right.

MK: Of course—I'm writing for a new album, then I'm recording it and then promoting it which takes quite a long time. The tour is 170 gigs, which is quite a long tour. I also have a TV show every week called One Shot Not for which I do programming as well as editing with the director. I have a radio show every Sunday night—I've got one guest and we talk about the new CD and do a jam. I did some sessions last summer with Herbie Hancock for his new album, but I can't do sessions like I did before. I haven't got the time. I have to say, I like it better going for my own music and my own band more than being a sideman; it's more interesting.

AAJ: What's the concept behind One Shot Not? 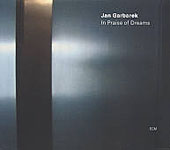 MK: If you've seen Jools Holland's show [in the UK], it's pretty similar. I have between three and four artists. We see them from the morning to the night when they perform, so the afternoon is rehearsal. I propose if they want to jam or if they want to do a track of their own stuff. That's the same for the four artists. Then at 8:30 at night, we have an audience and each artist does two or three songs each. I spend three or four days editing in the studio to make the TV audience understand what an artist does before a performance.

The concept came from when I was doing things like Live Aid, Mandela Day and Amnesty International. I saw all the artists watching the performances of the other artists. I felt that was something special that had never been shown on TV. At the end of the gigs, they all went on stage and performed the same song. So that's exactly what I'm doing on the show; all the artists watch each other and at the end of the show we do a big jam.

AAJ: What sort of music do you feature?

MK: It's very eclectic; I'm going from indie to pop to jazz. It's everything I like, because I choose the music. There are no restrictions. I have someone who works with me. She proposes a lot of different artists, and if I like the music I'll go to see them in London or Paris to see how it works live. 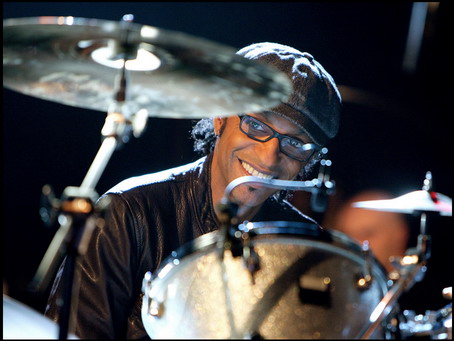 MK: It's great. I've discovered a few amazing groups that I've never heard of before. My role as a sideman, which you asked me about before, is evolving. It's now inside my own show. For example, I discovered this guy called Senk—an English guy who used to be a DJ and who's now a songwriter. I discovered him on the internet. I love what he does, so I contacted him and he came and played a couple of tracks with me and Pino Palladino. Probably I'll play on one of his records. The TV show creates a new way for me of being a sideman. We get about 1.5 million viewers. There' a great buzz about it and an amazing press. We've pumped it up on the web too, and it's mainly young people who watch it.

AAJ: What advice would you give to someone who wants to take up the drums?

MK: You have to work a lot to get enough technique to deliver what's in your mind. That's the first thing. The second thing is, work with a metronome because you have to keep time. Instead of going 120 BPM go 60 BPM and work everything very slowly, and it will be printed on your brain forever. And the third and last thing would be trust yourself. Even if people around you tell you they don't think it's right, think it's right; then you're going to deliver your own personality, and that's going to make you known and wanted. The way you play is the way you are, and that's unique. That's what we need in the music—multiple unique personalities.