By Mark Corroto
February 23, 2016
Sign in to view read count 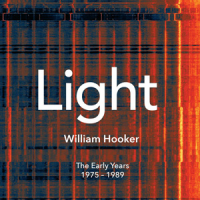 The good news is that record executives are no longer the gatekeepers of taste and style in music today. Inexpensive recording equipment and the advent of digital music allow the artist, and the audience to cast a wide net these days. This wasn't the case forty years ago, especially for the improvised jazz scene. Studio time was expensive and the production of vinyl LPs, in the quantities free jazz sold, was cost prohibitive. Documents of the time, when improvised music was under attack from jazz/rock fusion and the malaise of popular music, are like rare archeological artifacts. Collectors dig up (and dig!) long out-of-print vinyl gems and session tapes are often traded between devotees. Luckily, some of this material has come to light, including William Parker's Centering: Unreleased Early Recordings 1976-1987 (NoBusiness, 2012), Frank Lowe's Out Loud (Triple Point, 2014), Albert Ayler's Holy Ghost: Rare And Unissued Recordings (1962-70) (Revenant, 2004) and an abundance of Sun Ra sessions.

Add to that list, this compilation of drummer William Hooker's recordings from 1975 through 1989. A period in the musician's life where he transitioned from traditional jazz, playing in organ trios, to free jazz, creating his own distinctive language. Like the bassist William Parker, Hooker's Light found the drummer playing with the same players; David S. Ware, Lewis Barnes, Richard Keene, Jemeel Moondoc, Roy Campbell and Mark Hennen can be found on the recordings of both of these artists.

The first CD is most likely the gem here. Hooker's ...Is Eternal Life was the very first recording session for saxophonist David Murray. The 26-minute "Soy: Material/Seven" in trio, with Mark Miller on bass is an exercise in energy. Hooker, like Sunny Murray pushes and prods Murray to open his account by speeding up, then slowing the pace with vocal encouragement. His duet with David S. Ware, "Passages," presents a clearer, more cogent listen, with Ware better equipped to pushback at Hooker's audacious assault. Their nearly twenty minutes is a take-no-prisoners piece of free jazz.

Listeners to Hooker's recent recordings know he is more than a free jazz drummer. He recorded, beginning in the 1990s, with rock and avant-garde players such as Thurston Moore, Lee Ranaldo, Zeena Parkins, Christian Marclay, Elliott Sharp, DJ Spooky and DJ Olive. Like Milford Graves, he has extended his role beyond rhythm. Evidenced here are his percussive and vocal approach. A poet and musical medicine man, his solo pieces are meditative treasures, part poetry—part prayer.

From previously unreleased material comes a glorious two-saxophone trio with Jemeel Moondoc and Hasaan Dawkins, "Present Happiness" concludes with an uncredited (anyone? a little help here) trumpet player. Also, there are live recordings with two different trios, one with trumpeter Roy Campbell and tenor saxophonist Booker T. Williams, and the other, trumpeter Lewis 'Flip' Barnes and multi-instrumentalist Richard Keene. Both groups display the high-octane drumming of Hooker, who molds each piece not so much with time as energy. His command of the soul of this music is proof that, even in his early years, he had no intention of being simply typecast as a member of the rhythm section.