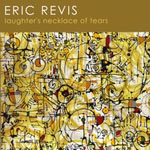 Best known for his decade-plus with the Branford Marsalis Quartet, bassist Eric Revis has also thrived in trio settings with Avram Fefer, Peter Brötzmann and most recently Kurt Rosenwinkel, playing everything from pure straight-ahead to absolutely free. He debuted as a leader in 2004 with Tales of the Stuttering Mime (11:11), and he imbues his sophomore release with a similar toughness, lyricism and sonic variation. Two of the featured players, pianist Orrin Evans and tenor saxophonist Stacy Dillard, are Revis' co-leaders in the group Tar Baby, so it's fitting that one of the tunes from Tar Baby's debut disc, the metrically entangled "O," gets another airing here, with Gerald Cleaver on drums and John Ellis supplementing Dillard on tenor.

The opening "Denihilists" features layered viola tracks by Gizem Yucel in a haze of foreboding harmony and implied groove that brings 4Hero to mind. Following this, "Assata" sets a tone of gritty acoustic jazz that prevails on much of the disc, with Ellis' bass clarinet motifs slinking around a slow broken beat. "Suicide 4 Life" introduces another element: Evans on melodica, an instrument that returns later on "The Deaf Schizophrenic," enhanced by Freddie Hendrix's muted trumpet counter-lines. Here and elsewhere, Revis expands his contrapuntal options and deepens the core quintet interplay.

There's double-tenor madness to spare on "Grafting Silence," a nod to free jazz that Revis balances with the haunting ballad "Faith in All I Fear," and an affecting rubato piece for piano trio, "Feb 13." Revis also adapts a Hindemith sonata to come up with the galvanizing "Scherzo-ish" and takes a one-minute detour into hillbilly country with "In Tha Hick of Time." His closing track, Thelonious Monk's "Shuffle Boil," benefits from the silvery guitar of Oz Noy, who tackles the tune in a Bill Frisell/Marc Ducret vein. The A section, a four-bar phrase played twice, gets a surprising treatment: Noy plays the latter two bars with erupting distortion, over the huge beat of guest drummer Dana Murray (the album's producer). It wouldn't sound out of place on a Bad Brains record. Leave it to Revis to hear Monk's punk-metal implications.