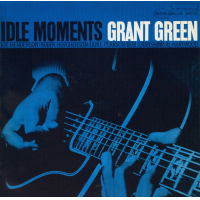 When I'm in the mood for jazz guitar, I have two go-to albums: Kenny Burrell's Midnight Blue and Grant Green's Idle Moments.

It always surprises me. Growing up in the 1960s and '70s, I was a big fan of hard and fast rock guitars. Who wasn't? Jimi Hendrix, Jimmy Page, Keith Richards, Pete Townsend. The Clash. The Pretenders. Joan Jett. Prince. Chuck Berry and George Harrison. It's got a backbeat you can't lose it.

So when I slowly gravitated to jazz, I naturally sought out the "rockers." Dizzy Gillespie. Charlie Parker. John Coltrane. Thelonious Monk. Buddy Rich. Benny Goodman's "Sing, Sing, Sing" was practically punk rock. Duke Ellington and Louis Armstrong? Sissies. If it was brash and supersonic, I was all in.

When did that change?

A friend introduced me to Joe Pass' Virtuoso. It was soft. It was acoustic. It was everything I detested. But wait... It was intricate! It was fast! Could Edgar Winter play licks like that? This was good stuff.

Is there a recording as blue, as gentle, as soulful and as emotional as Green's "Idle Moments"? For 15 minutes, the album's opening track of the same name takes you to a different place. It's draggy and slow, and that's the whole point. No bebop here. Instead, Green plays big, fat, gorgeous single notes. Pianist Duke Pearson, who wrote the tune, takes you to a dark, smoky midnight alley. Saxman Joe Henderson is all breath and looong, deep notes. The rest of the album is pretty terrific, too, but nothing matches the mood and drama of the opener. 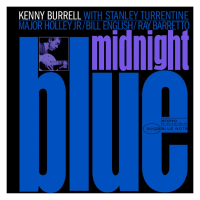 Then there's Burrell's Midnight Blue—the entire album, every single song. No pyrotechnics here. From the opening "Chitlins Con Carne," Burrell announces: Love the blues or leave. It starts with a mid-tempo Latin groove, backed by the ever-cool congas of Ray Baretto. Then Burrell enters with a heart full of pure soul—single-note lines of crystal clear blues.

And when that's over, here comes "Mule," which starts as a simple, sad, slow duet between Burrell's guitar and Major Holley Jr.'s bass. (Holley wrote the tune.) An almost imperceptible cymbal insinuates itself into the tune, then a drum roll, then a walking bass of big, fat half-notes over tasteful soul.

The whole record is like that. "Soul Lament" is 2½ minutes of absolutely unaccompanied solo guitar. Gentle, sometimes sweet, sometimes menacing in the lower registers. "Midnight Blue," the title cut, is a jaunty toe-tapper. "Wavy Gravy" is, as you might guess from the title, a groovy piece with a driving bass line and a big heavy wrapper of soul. Burrell takes the star turn in each piece. It's his record all the way.

My only regret—and it's a small one—is with the two bonus CD tracks on Midnight Blue. Each is a nice little hard bop gem, but they don't really fit the album's mood. They are exquisite examples of the typical Blue Note bop sound, but Burrell (or Alfred Lion, or Rudy Van Gelder) was right to leave them off.

So there you go: Two perfect guitarists on two nearly perfect records. I still love me some Jimi or Led Zep. But when the mood strikes, nothing quite captivates me like Idle Moments and Midnight Blue—a pair of deeply soulful, heartful records.