It is rare to find Kulu Sé Mama on somebody's desert-island list of recordings by saxophonist John Coltrane. Why, is a mystery. Despite the brooding intensity of the cover photo, the performances are accessible and delightful, and, as an artifact, although it was recorded over three sessions in summer and fall 1965 in New Jersey and Los Angeles, with two lineups, the album hangs together beautifully. Released in January 1967, six months before Coltrane's passing, it was one of the last LPs to be assembled by Coltrane in collaboration with Bob Thiele, his longtime producer at Impulse!.

Coltrane bequeathed many gifts to music, among them the nascence of a style that, in the late 1960s and early 1970s, became known as "astral jazz" under the parallel trajectories of his wife, pianist/harpist Alice Coltrane and saxophonist Pharoah Sanders. While any John Coltrane album is rewarding, Kulu Sé Mama's proximity to astral jazz will make it, for some listeners, especially enjoyable.

The first completely formed astral album was Sanders' Tauhid (Impulse!, 1967), recorded in late 1966, when Sanders was a regular member of Coltrane's band. Its roots are clearly audible on the 18:49 minute title track of Kulu Sé Mama. 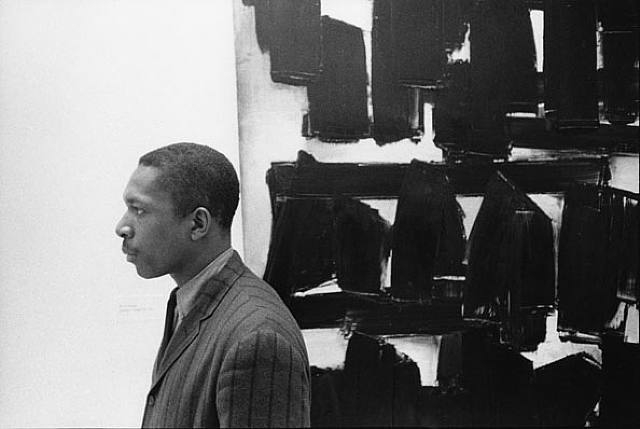 The instrumentation alone takes "Kulu Sé Mama" in an astral direction, and so do Coltrane's, Sanders' and Tyner's motif-rich solos, the mantra-like ostinato shared by the bassists, and the use of multiple drummers/percussionists. To make "Kulu Sé Mama" fully paid-up astral jazz, all you would need to do is add a tamboura (and maybe an alto flute and some incense).

Which is exactly what Alice Coltrane did with some of the material recorded by the unaugmented quartet at the June 1965 sessions at Rudy Van Gelder's studio in New Jersey, which produced "Vigil" and "Welcome." Coltrane added a tamboura and a string section, and released the results on Infinity (Impulse!, 1972). Kulu Sé Mama's closing track, the lovely "Welcome," did not get the treatment, which is a pity, for it would have lent itself well to her string arrangements. As it is, Garrison's arco bass and Jones' cymbal splashes suggest a luxuriant ambiance.

The middle track, "Vigil," is a tenor and drums feature on a level with Coltrane's duets with drummer Rashied Ali on Interstellar Space (Impulse!, 1967), but given a firmer foundation by the presence of Elvin Jones. With "Kulu Sé Mama" the album's sunrise, and "Welcome" its closing embrace, "Vigil" is the midday heat.

Kulu Sé Mama is essential listening for anyone interested in the immediate pre-history of astral jazz.

(A half dozen of Pharoah Sanders' and Alice Coltrane's late 1960s/early 1970s astral albums were reissued in October 2011 in Impulse!'s 2-on-1 series and are reviewed here).