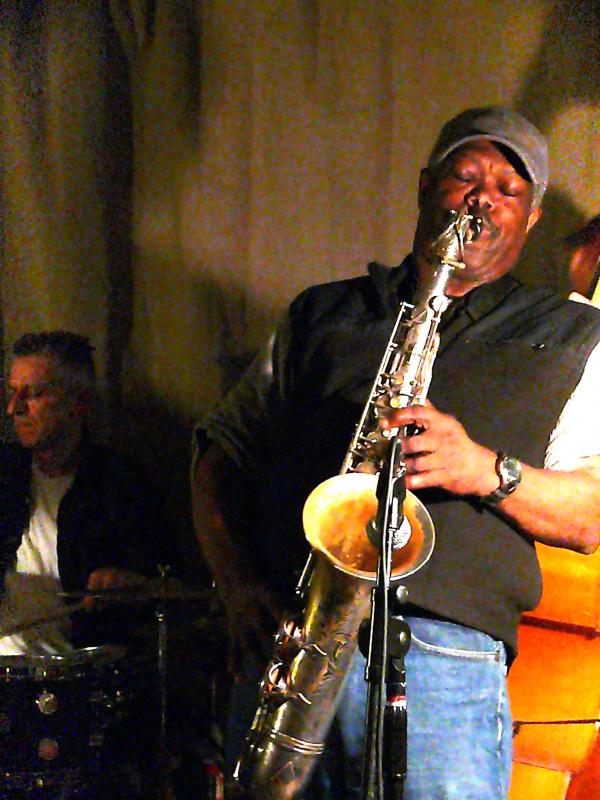 When the eerie vocalized wail first manifested itself, the audience was left looking for the source. But it quickly became apparent that, even though his facial expression didn't betray the burden, saxophonist Joe McPhee was generating the noise at the same time as extracting multiphonic timbres from his soprano saxophone. McPhee's throat singing added an emotionally charged dimension to his already deeply soulful playing in a dazzling display of his artistry. McPhee was in London at Dalston's Cafe Oto for the first night of a two day residency which found him partnering two different units of seasoned and upcoming members of the London improv scene. Active since the late '60s, the hornman has forged relationships across the globe with a bountiful recorded legacy testament to a refreshing openness to collaboration. One of his most stable outlets in recent years has been the co-operative Trio X with Dominic Duval and Jay Rosen, who played an outstanding set at the 2009 Vision Festival. Their singular flavor stems from their shared love of standards and the American songbook artfully blended into their more avant-garde predilections. Another recent arena for McPhee stems from his participation in Peter Brötzmann's Chicago Tentet, and his ongoing collaborations with its constituent members. Here the ethos of total improvisation finds McPhee somewhere between free jazz and European improvised music, which is also the territory, without maps, where tonight's grouping pitched the reedman.

Joining him were bassist John Edwards, who also played with McPhee on a previous visit in 2004, drummer Steve Noble, and on Hammond C3 organ, Alexander Hawkins (below). Edwards is the go-to bass man on the London improvised scene, popping up with almost everyone. In the space of a week this year he gigged with Evan Parker, Sunny Murray, and John Tchicai. In terms of development Noble has followed a trajectory similar to the bassist's, starting with post punk jazz (Rip Rig & Panic), and ending with Lol Coxhill, Simon Fell and Alan Wilkinson to name just a few recent collaborators. Hawkins hails from a later generation but is catching up fast, his piano spicing the ensembles of Evan Parker and Louis Moholo-Moholo, fronting his own sextet and forming part of the transatlantic Convergence along with Taylor Ho Bynum and Harris Eisenstadt.

Together, Hawkins, Edwards and Noble constitute Decoy, which has one release to its name in Volume 1 Spirit (Bo'Weavil, 2009) a freely improvised trio featuring Hawkins' organ, his first recorded outing away from his customary piano. While the Hammond remains a novelty in free settings, Hawkins' church organ background finds him well placed to exploit its distinctive sonic signature. 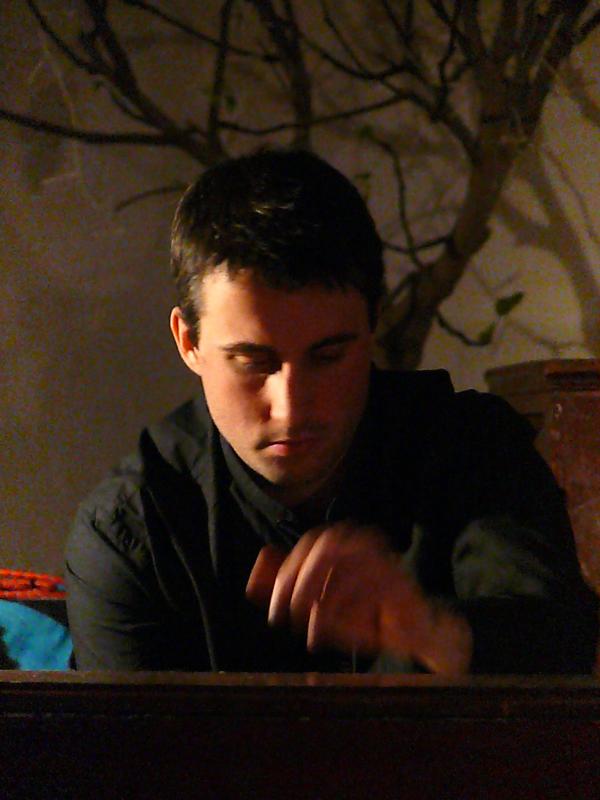 Noble's emphatic pulsing cadences began the first set accompanied by a deep disturbing drone from Edward's bass. Hawkins chipped in a bubbling swell on Hammond, and the three slowly built to a wailing climax. At which point the drummer broke into a high tempo meter on his cymbals setting up McPhee's mewling soprano saxophone entrance. After the reedman had set out his stall over the full on group interplay, Hawkins organ waves broke over the audience, his glissandos surfing up and down the keyboard. A sequence of crashes from Noble brought everyone into synch for an explosive bass/drum eruption. This continuous flux established the template for the evening early on, with varying combinations incorporated into a seamless flow, all the more astonishing for how well it hung together over 105 minutes and two sets, in spite of the lack of preconception.

McPhee is a master of this sort of spontaneous composition. On tenor he boisterously barked over a sparse backing, before slipping into an achingly lyrical mood which could have turned into any number of spirituals but never quite resolved. Melodicism amid the mayhem characterized much of McPhee's strategy this evening. Though he never overtly referenced tunes the way he sometimes does with Trio X, there was often a sense of tradition lurking just below the surface. In other settings his long sustained tones could easily have heralded favorites like Monk's "Evidence" or "Try A Little Tenderness." This balancing act between McPhee's connection to the tradition and the British trio's determined dissonance made for a riveting tension—one amplified by McPhee's favored gambit of pitching slow lines against dense roiling trio momentum to winning effect.

Of course, at other times McPhee was in full-fire breathing mode, Ayleresque vibrato unleashed, legs planted, knees bent, leaning back as he hollered to the heavens. His gut-wrenching growls and falsetto whinnies contributed to a mutual catharsis with Edwards bouncing frantically up and down picking and banging on his bass, Hawkins throwing Hammond yelps into the pungent stew, and Noble with a whistle in his mouth punctuating his no holds barred tattoo.

Noble's penchant for rocky grooves drove the quartet to repeated crescendos during the free-for-all episodes, though this was only part of his approach: he also thoroughly explored the textures available from his kit, sometimes augmenting it to extend his range. As he listened during one pause, the drummer prepared himself by draping a towel over a ride cymbal and attaching a woodblock to another, for a cavalcade of unconventional timbres. This attention to his cymbals was another noteworthy facet of his playing. Weird clanging and bonging in his first solo evoked an unholy collision between temple gongs and an automobile scrap yard. Later he struck cymbals held in his hand to manipulate their resonance, then placed them on the drum heads for random reverberation, in a marvelously spiky rhythmic exposition.

Edwards provided the perfect fulcrum tipping effortlessly between the jazzy and the abstract, one minute forcefully walking, the next bowing above and below bridge while slapping the body of his bass in a frenzy of rhythm. Hawkins C3 filled out the ensembles, slaloming through the bass and drum thickets but offering sensitive support to McPhee when needed. More Sun Ra than Jimmy Smith, Hawkins made deft use of the percussive and tonal effects available in the more open improv sections, but dispensed simultaneous diverging lines as the tumult increased and resorted to forearm smashes to the keys to wring sufficient sonic mass at the most frenetic moments.

As a foursome they uncovered numerous imaginative ways to come together, particularly in the more open sections, demonstrating impressive awareness and restraint. At the end of one solo Noble scraped his stick across a cymbal for a piercing squeal, Hawkins whooshed on organ matching the shimmer of the cymbals and Edwards re-entered with bowed harmonics for a great trio section full of space and ear-grabbing textures. Later another excellent passage ensued of multiphonic soprano saxophone cries together with creaking and humming bow work from Edwards, and Nobles inventive cymbal work, all coalescing to sound like an ululating chorus of voices.

A very quiet segment of small indeterminate noises, supplemented by drawn out tenor notes from the back of the stage area, signaled the beginning of the end of the second set. A seething trio stasis developed as McPhee preached, culminating in a long held tone which Hawkins adroitly picked up on organ and sustained even after the hornman had finished, bringing a smile to McPhee's face and eliciting a standing ovation from the crowd.

Two encores spoke volumes about the audience's reaction. It was the second which stuck in the mind. Built round a repeated melodic pattern, McPhee, on tenor, and Hawkins extemporized a joint manifesto recalling a South African township song. After the saxophonist's swooping variations, spirited group interplay deftly manufactured a loosely syncopated closure for a joyous conclusion to an evening where warmth and bonhomie had become inseparable from musical prowess.