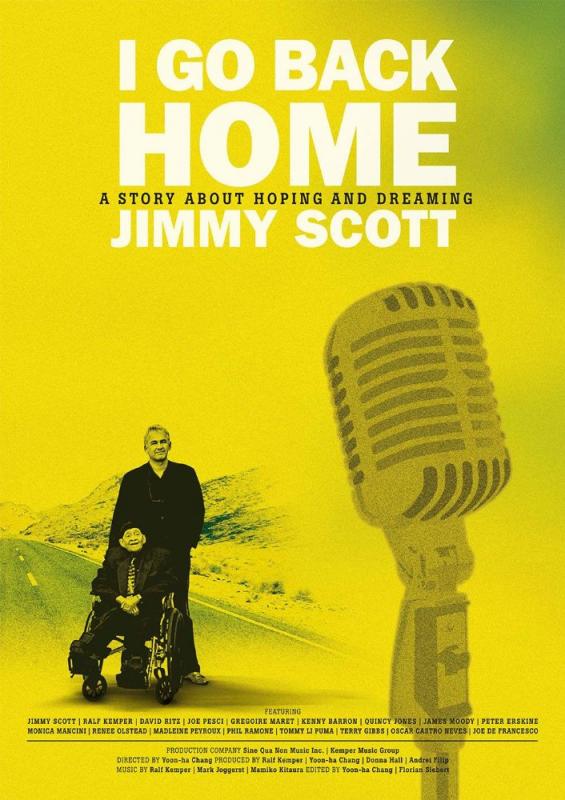 "Little" Jimmy Scott (1925-2014) was for a long time the world's greatest jazz singer nobody ever heard of. Enormously talented, with an intuitive grasp of the jazz idiom and the blues, he began his ascendance as a singer with Lionel Hampton's band in the 1950s, and then almost vanished from the scene for three decades. In 1991, Velvet Underground guitarist Lou Reed and record producer Seymour Stein heard him sing at the funeral of singer and songwriter Doc Pomus. Impressed, they arranged record dates that spurred his revival, and during the next two decades, his albums and nightclub dates with a coterie of top instrumentalists rekindled his fan base and brought him renewed status, although still mainly among the cognoscenti.

Due to a genetic medical condition called Kallman syndrome, Scott's adolescent voice remained high register, and he stayed short in stature, not the best image for a crooner. But it wasn't his voice or stage persona that made an everlasting impression on Ray Charles, Quincy Jones, and others who heard or worked with him. Rather, it was his ability to express a song's story and emotions at the highest level of sensitivity and precision, yet with utter humility, authenticity, and devotion. Arguably on the same plane as Billie Holiday, he was one of the great interpreters of jazz standards. Thus, he was a favorite of singers such as Holiday, Dinah Washington, Madonna, Frankie Valli, and many others.

The film Jimmy Scott: I Go Back Home is a documentary about Scott made in the last year or two of his life, when he was elderly and suffering from medical conditions that confined him to a wheelchair. It takes us through German record engineer and producer Ralf Kemper's ambitious, heartfelt, and risky project to come to America and make a recording of Scott, one of his jazz idols, with guest vocalists and a full orchestra. Kemper had to revive Scott from his bedridden condition, gather together guest artists and a costly studio orchestra, and make it all come together against great odds. Scott's biographer, David Ritz, provides the context and analysis. The two real life protagonists—Kemper and Scott—engage in conversations about their lives, dilemmas, hopes, and dreams, interspersed with excerpts from recording sessions, commentaries and tributes to Scott, and connecting scenes of travel, locales, and recording arrangements.

Kemper's project falls into two categories: late career "Duet" albums by the likes of Frank Sinatra and Tony Bennett, the latter of which was also filmed as a documentary; and films about jazz artists like Pat Martino and Frank Morgan, whose careers were disrupted by tragic circumstances. A third category also suggests itself: films about the healing power of love and music. Scott was not "cured" by the experience (he died shortly thereafter), but his flagging spirit and vocal gifts were brought to life by the people around him. It's like watching a man go from a sorrowful dream spawned by illness into another dream of joy and fulfillment surrounded by best friends and the music he loves. Particularly gut-wrenching are Scott's interactions with actor and guitarist/singer Joe Pesci, who was a musical cohort and friend during their early days in the New York area. As they are recording their duet sessions, Pesci sits beside Scott and whispers in his ear or sits on the floor just below him, pouring affection and encouragement into him. Scott's singing often made people cry, and Pesci's unearthly tenderness evokes similar sentiments.

The film shows excerpts from recording sessions with Scott accompanied by saxophonist David Sanborn, pianist Kenny Barron, saxophonist James Moody, and organist Joey DeFrancesco, as well as singers Renee Olstead, Monica Mancini, and Madeleine Peyroux, with cameo appearances by Dee Dee Bridgewater and Arturo Sandoval. Vibraphonist Terry Gibbs serves as a friendly adviser to producer Kemper. Sessions with the studio orchestra resonate and swing in high definition sound. The only parts of the film that aren't heartwarming and electrifying are the transitional scenes in cars, at airports, etc. They come across as contrived fillers. By sharp contrast, the most memorable moments are the close-up shots of Scott as he pulls every bit of emotion and meaning out of each musical phrase. The effort he puts into it makes his singing even more poignant. And there is a concluding scene near a Nevada lake, where Scott reflects on life and music as the embodiment of our collective hopes and dreams. When you eye the close-ups of his face, you know, that despite the pain he feels, he means it. Director Yoon Ha Chang deserves special praise for achieving great intimacy and continuity in the midst of what must have been a near-chaotic and at times disruptive set of film-making circumstances.

The 2016 Eden River Records recording that resulted from Kemper's production, and which consists of strictly musical tracks, was Scott's last, other than compilations of previous work. It's really a postscript to the film, because it contains the finished product of the events depicted there. Although, as in Billie Holiday's case as well (Lady in Satin, Columbia, 1958), the voice is a little weak, the expressiveness is nevertheless profound. For one example, the last track consists of a very unusual interpretation of "Poor Butterfly" that is virtually a spoken poem version with a hint of cabaret singing. It will tear you apart and put you back together again.