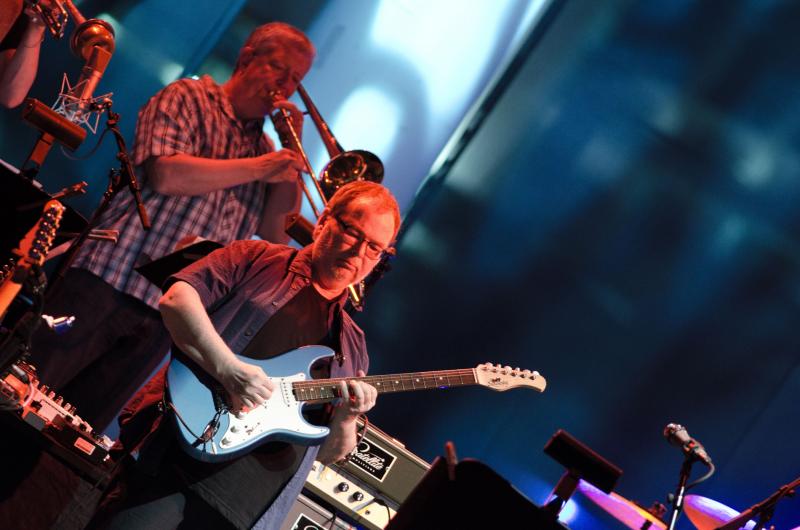 By MATT HOOKE
September 7, 2017
Sign in to view read count

This past Sunday one of the two architects of pioneering jazz-rock group Steely Dan, Walter Becker, died at the age of 67.

Steely Dan combined rock and jazz in a way no other artist has ever done. Their music is not simply "jazzers slumming it" to make profitable rock recordings, but a precise blend of the two genres that shows the musicians love for both. On Sunday one of the two architects of Steely Dan, Walter Becker, died at the age of 67.

Becker co-wrote all of the bands material with lead singer Donald Fagen, including radio classics like "Aja," "Do It Again" and "Reeling in the Years." Three of their albums, Can't Buy a Thrill, Pretzel Logic, and Aja were placed on Rolling Stones list of the top 500 albums of all time. I had the honor of seeing him live twice with Steely Dan and it was an incredible experience. Their signature sound of jazz harmony mixed with Rock, R&B Reggae rhythms, and lyrics that could be sardonic, funny, and heartfelt at the same time always had a great impression on me. The thing that stuck out to me most about Becker was his selflessness as a musician. Although Becker was a accomplished bassist and guitarist, he would often give his parts to session players like Dean Parks, Larry Carlton, and Chuck Rainey, because he felt their styles would fit the songs better than his own. Unlike most songwriters, who write about their own lives ad nausea.

Becker and Fagen took a more journalistic approach, writing songs based on stories and made up characters. If anyone thinks pop songs cannot be poetry listen to "Deacon Blues," off the 1977 album Aja. The song is about a suburban man desperately trying to escape his mundane existence by embracing the world of jazz saxophone. As someone from the suburbs myself, I have always had sympathy for the character. As Becker said in an interview with The Wall Street Journal, "It's not so much about a guy who achieves his dream but about a broken dream of a broken man living a broken life." A standout line from "Deacon Blues" is "I cried when I wrote this song. Sue me if I play too long." it's a jab at the self-important jazz musician, who feels that because of the "emotion" he puts into his music that he can ramble on for as long as he wants to. Becker said in an Eagle Rock documentary on the making of the the album that, "the protagonist is not a musician: that's just one of the mythic forms of loserdom to which he might aspire." An important part of the musician's mythos is that of the free spirited maverick who eschews convention. However, Fagen's delivery of the line isn't mocking, it's earnest, bringing a sense a grander to the mid-life crisis. In Fagen said the song is "as close to autobiography as our tunes get." Perhaps Fagen and Becker recognized that if things in their own lives turned out differently that they could have been the ones trying to "cross that fine line."

The famous introduction features a chord that Steely Dan introduced to rock audiences the "add two chord." The chord, nicknamed the "Mu Major" is a major chord with an added second. In "Deacon Blues," the keyboard voicing also has the third in the bass. The use of the third in the bass, instead of the root, creates a chromatic descending bass line before the band settles on the E7#9.

The band was a who's who of session musicians with Victor Feldman on keyboard, Larry Carlton and Lee Ritenour on guitar, and Bernard Purdie on drums. Becker for the first and only time on the album, plays bass. Becker and Fagan did not plug in one of their usual session players for the saxophone solo. They wanted a specific sound that would reflect the aspirations of the Deacon. They tracked down Pete Christlieb, who was the saxophonist for The Tonight Show Starring Johnny Carson, for the solo. When the band broke up in the early '80s, you saw who brought what to the band. Fagen brought the pop sensibility his 1982 solo album The Nightfly being the best example of his jazz inflicted pop.

Walter brought the edge. There's a harsh desolation to his solo albums. The song "Bob Is Not Your Uncle Anymore," off his second and final solo album Circus Money, is a prime example of his solo sound. Instrumentally the song is heavily influenced by reggae, built around the interplay between Becker bass line, and drummer Keith Carlock. Over this backing Becker's gruff vocals tell the story of a broken relationship, with imagery such as "an ocean full of midnight rolling right up to the door," adding depth to the scene. 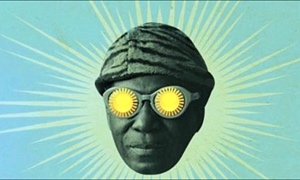 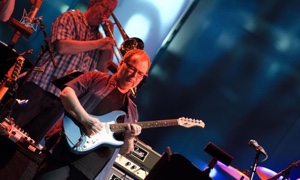