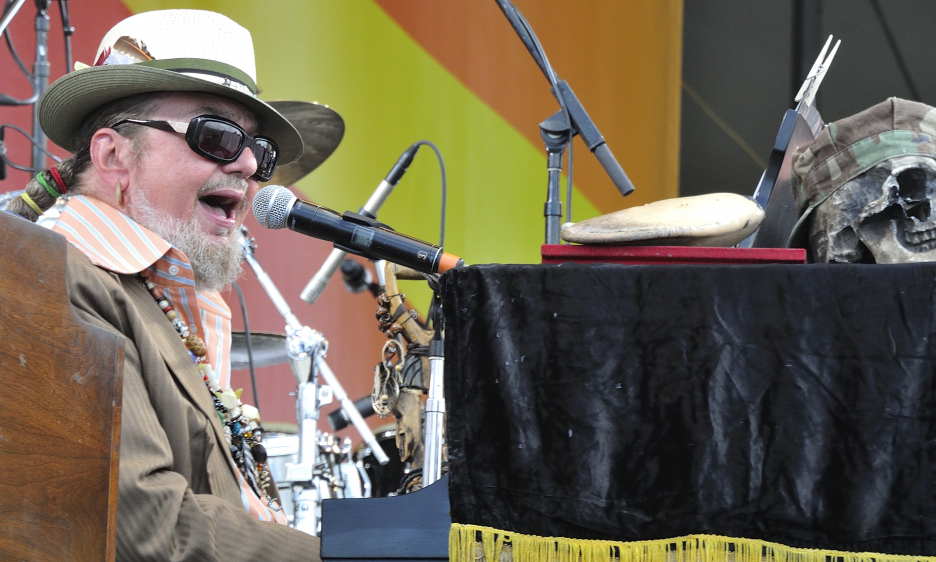 By Matt Hooke
June 14, 2019
Sign in to view read count
Dr. John, Ph'd in New Orleans piano with a minor in voodoo, died at the age 77 on June 6. Dr. John honored his roots, learned from masters like Professor Longhair, and added his own special herbs to create a gumbo that can never be recreated, even if someone manages to find a recipe. Dr. John was born Mac Rebennack, a name that makes one wonder why he thought he would need an alias in the first place. Rebennack's first recording "Storm Warning" a single released about a decade before he donned his dyed feather plumes, featured him not as a pianist but as a guitarist.

"Storm Warning" is a slice of early rock perfection that casts the then 18-year-old songwriter as the New Orleans child of Bo Diddley with a saxophonist that sounds like Boots Randolph. Though "Storm Warning" is far from the psychedelic take on New Orleans piano jazz that the good doctor would later be known for, the rawness and focus on rhythm that defines his best work is still present even here. Rebennack cut his teeth as a session musician, playing guitar with legends Joe Tex, Allen Toussaint, and his aforementioned mentor Professor Longhair. In 1960 Rebennack was shot in the ring finger, making it difficult to play guitar, so he switched his focus to piano.

Gris-Gris, Rebennack's 1969 debut as "Dr. John the Night Tripper" feels like something you hear on an old 1920s Edison tinfoil phonograph, with the static around the vocals and chants of "Gris-Gris Gumbo Ya Ya," sticking to your skin like humid swamp air. Much of the credit for the success and sound of the album goes to producer and songwriter Harold Battiste, Jr.. Rebennack and Battiste had worked together for years before Gris-Gris, as Rebennack was a musician with Battiste's AFO (All for One) records. Battiste was responsible for the arrangements that gave much of the album its power, co-wrote "Danse Kalinda Ba Doom" and is the sole writer of "Croker Courtbullion." Those two tracks show what made Gris-Gris and much of Rebennack's work special—it wasn't his prestigious talent but his ability to get out of the way and let others take over when it suited the song. Rebennack's gravelly voice is silent in both songs, and there are few keyboard heroics. Instead, his first-rate backing band made up mainly of New Orleans legends and expats, like saxophonist, Plas Johnson and singer Jesse Cahill, take over. Though his debut is an underground classic, it was not a hit. Rebennack's stardom came with In the Right Place, and it's lead single "Right Place, Wrong Time." "Right Place," oozes with funk, New Orleans backing band The Meters lift the track to another level, with guitarist Leo Nocentelli's, staccato chord stabs being particularly key to the song's success.

Later Rebennack's likeness would become a staple of children's television with Muppet Dr. Teeth, Jim Henson's homage to the New Orleans legend. Despite his fame, Rebennack never forgot his roots and was a tireless advocate for the city that raised him.

In 2008 he released City that Care Forgot the most political album of his career, as a response to the government's failure to help New Orleans in the aftermath of Hurricane Katrina. Rebennack alternates between hopeful odes to the people of New Orleans to furious statements of indignation at corperate and government mismanagement. "All we got to do is want it bad enough to push ourselves," said Rebennack in "You Might Be Surprised" a song calling for people to action to enact change. In an interview with the Quietus, Rebennack said, "the point is that we respect our ancestors. In day by day livin' and survivin,' it's not your first thought. Right? Music keeps things alive in its own way. It's a powerful thing."

Rebennack helped keep the traditions of New Orleans alive while filtering them through his acidhead witch doctor persona. He did not just copy the old masters, like an art student sketching Rembrandts in a museum, but built on their contributions to make something brand new. The day after Rebennack died a massive second line, with horns blasting classic songs like "Such a Night" paraded through the streets of his hometown, his wish to be remembered as someone who "did the best he could with it all," becoming true as he joined the ranks of the bayou musical ancestors that he spent a career honoring. 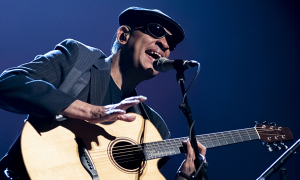