Clinton, Mississippi is is where Keith Carlock was born and raised and where he started playing the drums at age 5. In High School, he joined the jazz band, show choir and drum corps. During that period he would also listen to a lot of rock, R&B and soul music - artists including Stevie Wonder, Earth Wind & Fire, and Tower of Power.

He would spend countless hours playing along to records from John Scofield, Michel Camilo and The Meters, to name a few. Keith also joined several top-40 bands. "I practiced all the time, so much that my parents built me a soundproof room in the garage. I began taking lessons with George Lawrence and later Quinous Johnson in Jackson, Mississippi. And they both turned me on to jazz and fusion."

After receiving music scholarships to Berklee, University of Miami and North Texas State, Keith chose to attend North Texas State University in Denton, Texas because he wanted to study with Ed Soph (pictured left). Of his experience with Ed, Keith says, "He completely changed my approach to the drums; thinking of the drums in a musical way instead of only being a timekeeper for songs. He's able to find your weaknesses. He teaches you how to play jazz standards on the drums, soloing concepts, and ways to get different sounds out of the drums. My technique changed drastically. I came from a drum corps background. I was in a really good high school band, but I wasn't loose. Soph helped me to loosen up by teaching me the 'Moeller' technique. Depending on the style and feel of music being played, I learned to change my technique to make the music hopefully feel better and have a flow."

Keith played professionally in the Dallas/Fort Worth area for several years after leaving UNT, eventually moving to NYC. In New York, Keith met Wayne Krantz and became part of his band, playing regular gigs at The 55 Bar. (Which he's continued to do for the past 6+ years.) Later the band started playing at the European jazz festivals and touring clubs in the states. Keith has recorded three CD's with Wayne. They are entitled "Greenwich Mean", "Your Basic Live" and "Your Basic live "06"....featuring Tim Lefevbre and Will Lee on bass. [Hear clips from some of the records in the music section.]

In New York, he started getting gigs with a wide variety of bands and artists, including David Johansen and The Harry Smiths. Keith has done live dates with David and the group in Europe and in the US. There's also a new release on the Chesky record label entitled "Shaker." [David Johansen was the lead singer with the New York Dolls, and later became Buster Poindexter.]

It was at the NYC's famed jazz club, The 55 Bar, backing guitar great Wayne Krantz, where Steely Dan's Donald Fagen and Walter Becker came by to see the band play. (Wayne had toured with SD in 1996) Eventually Donald sat in with the band a few times and they offered Keith a shot at playing on the title track of their [then] new record, "Two Against Nature". [The album went on to win 4 Grammy's including 2001's "Album of the Year".]

During the 2003 Steely Dan tour in support of "Everything Must Go", Sting learned about Keith via his representatives who were in the audience at the Roseland gig in New York City. Sting subsequently asked Keith to join his tour. Keith was on the road with Sting from October 2003 through February 2005.

Upon his return to NYC, Keith recorded Donald Fagen's critically acclaimed CD, "Morph the Cat," and toured with Donald in support of the album in March of 2006. He then spent the summer of 2006 touring with Steely Dan, and recording with Walter Becker for his second solo release entitled "Circus Money". Keith completed a world tour with Steely Dan in September 2007 followed by a tour with James Taylor in the fall of 2007. Keith is currently back on the road with Steely Dan for a summer 2008 tour. Please check the "tour page" for the current dates!!

When he's not on tour, Keith spends a great deal of time doing drum clinics around the world. He's appeared as a featured clinician at PASIC 2006, completed a clinic tour of the US, Canada and Asia and the UK. Show less 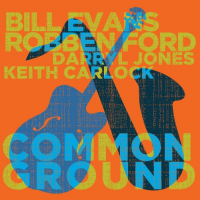 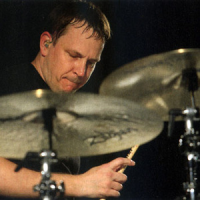 All About Jazz musician pages are maintained by musicians, publicists and trusted members like you. Interested? Tell us why you would like to improve the Keith Carlock musician page.