Rudder is a NYC-based instrumental band. Founded on deep musical relationships and friendships lasting over a decade, this quartet brings an aggressive, driving rock and jam vibe to a purely instrumental setting. Rudder is equally led by its four members.

Chris Cheek (saxophones) is now somewhat of an icon in the saxophone world. His playing has been heard for years with the Paul Motion electric bebop band. He is also a member of Charlie Haden's Liberation Orchestra and has recently been playing with guitar great Bill Frisell. As a leader, Chris has four noteworthy albums to his credit in addition to appearing as a sideman on over 60 other CDs. This summer Chris is touring with Paul Motion and Bill Frisell. With Rudder, Chris plays tenor, as well as baritone sax and brings his unique usage of effects on his horn to the Rudder sound.

Tim Lefebvre (bass) is one of the most skilled and sought after bass players in NY. Tim has made appearances in Saturday Night Live's house band over the last few years - his work has also been heard on The Apprentice, The Sopranos, Late Show With David Letterman, The Knights of Prosperity (CBS), 30 Rock (NBC), Oceans 12, Ocean 's 13, The Departed, Harold & Kumar Go To White Castle, and Analyze That!. Tim was the Musical Director/Leader on The Caroline Rhea Show on ABC and has appeared recently with Chris Potter, Patti Austin, Uri Caine, and Dave Binney. This summer Tim is touring with Chuck Loeb, Dennis Chambers, Till Bronner, Eric Marienthal and Jim Beard. Tim brings his incredible support and huge low sounds to the Rudder vibe.

Keith Carlock (drums) is quickly becoming one of the most well-known and emulated drummers on the planet. Early on, Keith and Tim formed the backbone that led to some new directions in the trio of guitarist Wayne Krantz. It wasn't long before Keith was heard by others and quickly became the drummer for the Blues Brothers. Shortly after that he was sought out to follow in the footsteps of Peter Erskine and other greats to sit at the drum chair of Steely Dan. Immediately following his first extended tour with Steely Dan, Keith was on the road for a two-year tour with Sting. This summer Keith is touring with Steely Dan. Keith's singular sound and style are essential to the groove of Rudder. Show less

Rudder is available for clinics 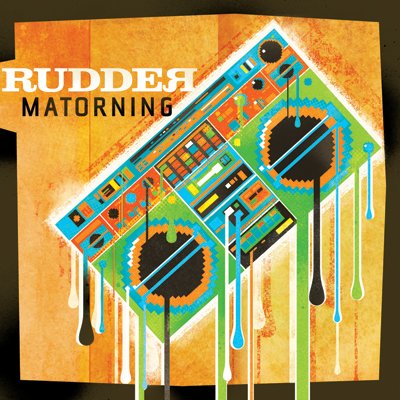 All About Jazz musician pages are maintained by musicians, publicists and trusted members like you. Interested? Tell us why you would like to improve the Rudder musician page.