The organ trio in jazz has always been one of the more durable formats. Wild Bill Davis, Big John Patton, Shirley Scott, Richard "Groove" Holmes, Jimmy Smith and Larry Young have all led important trios each giving the music a little bit of themselves and pushing the music to its outer limits. To get the breadth of the jazz organ, compare Big John Patton's rollicking period piece Wild Bill Davis at Birdland (Columbia, 1955) and Tony Williams' seditious liberation of sound Emergency (Verve, 1969).

So where is a middle ground? A great place to start would be Larry Goldings when he has teamed up with guitarist Peter Bernstein and drummer Bill Stewart. This trio has been an item for 20 years, recording for Verve and Palmetto as the Larry Goldings Trio in spite of the fact that they might be best thought of as three cooperative leaders. What colleague Dan Bilawsky calls "all for one and one for all with these guys," in his review of Ramshackle Serenade, I will extrapolate to an integrated balance between members.

Golding's "Roach" is a blues that might be heard in a 22nd Century roadhouse, was such a thing to exist. It is not so much greasy as it is wholesomely decadent like dark chocolate in vodka. Of exceptional beauty is a lengthy reading of Jobim's "Luiza." Bernstein's plays slightly out-of-focus against Goldings' soft organ underpinning. Stewart plays light cymbals and toms in as an evenly shared piece as can be found on the disc. The song adopts a muted hard bop feel that is always tasteful and light. The trio closes the disc with the late Horace Silver's "Peace." Stewart brushes the rhythm as Goldings and Bernstein wax quietly poetic in the coda of a fine organ jazz recital. 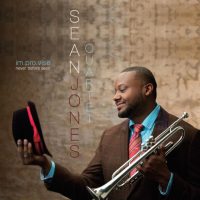 Trumpeter Sean Jones is not a new name in jazz. He has recorded six previous collections for Mack Avenue, starting in 2004. Jones has covered a lot of ground in that time both a leader and a sideman (a most sought after one, at that). Jones extracts the rhythm section he employed on No Need for Words (Mack Avenue, 2011), and earlier: pianist Orrin Evans, bassist Luques Curtis and Obed Calvaire for a proper recital in the intimacy of the quartet format.

Jones opts for an almost even distribution between original compositions and standards. On his compositions, Jones favors a supported space that is intelligently provided by the rhythm section. On "60th and Broadway" and "Dark Times" Jones blows open bell, warmly in the middle register, trading ideas with pianist Evans while Curtis and Calvaire provide just enough entropy to keep all off balance. "I Don't Give a Damn Blues" is tart and taut, Jones pinching his notes just hard enough while Evans gentle cajoles in the background, goosing Jones at just the right time.

"How High the Moon" is played sweetly with a slight of edge of tension. Jones is muted as is the band, all playing very low key and easy. Jones excels in this environment where he has plenty of space and affords the same to the rest of the band. This disc is based on a smart simplicity that is easy on the ear and musical psyche of the listener. It is a pleasant and rewarding trip. 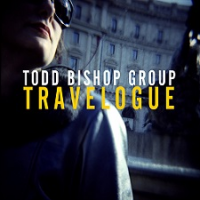 Bishop's band has properly gelled, benefiting from having played together consistently for the last several years. Having purloined Jasnam Daya Singh (Weber Iago) from Hristo Vitchev's band, Bishop has effectively maxed out the color palette of his ensemble. Alternating between the piano and Fender Rhodes, Singh establishes an harmonic hierarchy that frame each composition in a regional splendor. "Norwegian" provides Richard Cole a safe place to play his bass clarinet, giving the piece a probing and warm feeling. Singh waxes expressionistic, untethered by tempo or time signature.

Bishop is a selfless leader, allowing his band as a unit to do the talking, but make no mistake, he is there. He lays out a tropical beat on "Somnambulist" mostly on toms. Cole again plays the bass clarinet in an Eastern fashion charming Singh into flights of bright notes and passing chords. Travelogue is that sonic vacation that is never boring nor does it perplex. It is a total listening experience.