Big John Patton was born July 12, 1935 in Kansas City, Missouri. A self-taught musician, he started playing the piano in 1948 and landed his first big gig touring with R&B sensation Lloyd Price from 1954-1959.

Upon his arrival in New York, around 1960, Patton began making the transition from piano to organ. Throughout the 1960's he recorded extensively for Blue Note Records as a leader and sideman, most notably with Grant Green and Lou Donaldson.

His music evolved to incorporate elements of modal and free jazz, without ever losing the basic, earthy groove that he brought to it from the beginning.

He wrote some organ jazz classics such as "Funky Mama" and "The Yodel." His music will be remembered fondly by musicians and fans. During the late 60's Patton recorded some very adventurous music for the Blue Note label with artists such as Harold Alexander and George Coleman on lps such as Understanding and Accent on the Blues. Of particular note on the early sessions recorded for Blue Note both under his own name and also with George Braith, Don Wilkerson and Lou Donaldson was the superlative empathy he developed with guitarist Grant Green and drummer Ben Dixon - an organ trio whose work in the soul jazz genre remains unsurpassed to this day.

Since the resurgence in interest in music from this period Blue Note has unearthed many sessions that were buried in the vaults. LPs such as Blue John which was actually penciled for release, but never was, and two fantastic (and forward looking) albums Boogaloo and Memphis New York Spirit saw the light of day and showed the world more of this exceptional artist's work.

As the B-3 sound went out of fashion in the 70's, Patton's career went into a slump and the organist settled in East Orange, NJ. He started recording again in 1983 and continued to record until the late 1990's, including a couple of adventurous dates with John Zorn and some greasy outings on Muse with guitarist Jimmy Ponder. In these later years he developed a loyal following in both Japan and Europe - which he toured to great acclaim. 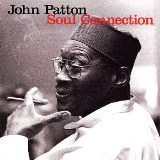 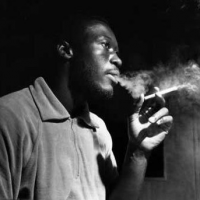 All About Jazz musician pages are maintained by musicians, publicists and trusted members like you. Interested? Tell us why you would like to improve the Big John Patton musician page.