Home » Jazz Articles » England Swings Like A Pendulum Do 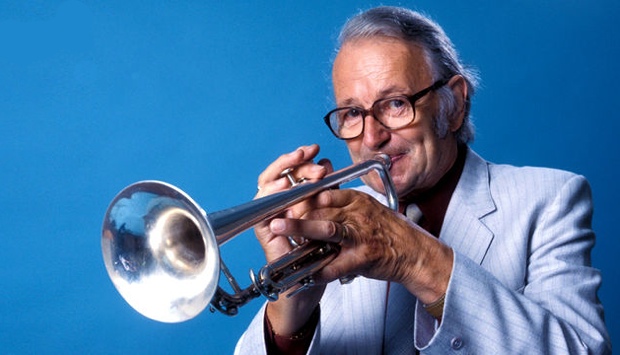 By Skip Heller
May 9, 2012
Sign in to view read count
Several years ago, when the Skip Heller Trio was touring all the time, I came across a disc called London Is The Place For Me: Trinidadian Calypso In London, 1950-1956 (Honest Jons, 2002), a collection of calyspo music recorded in London. The music and accompanying thick booklet were full of revelations: the history of postwar migration from Trinidad to London, the role of jazz, Jamaican music and Latin music in the evolution of calypso... there was a lot. The first three volumes of London Is The Place For Me went with me everywhere for months, and they were the soundtrack of the minivans in which my little trio crisscrossed the states.

It got me to wondering about England in the 1950s. Why was "trad" (traditional, New Orleans-styled) jazz for a while so much more popular than bebop? How is it England's rockabilly form—skiffle—emerged from that? Enter Pete Frame's excellent book, The Restless Generation (Rogan House, 2007).

This is a tome whose thickness would daunt Robert Caro, as would its width of scope and the depth of its writing. Frame, whose Rock Family Trees are some of most interesting rock historianship ever, tackles the history of trad, skiffle and finally the arrival of a real British rock'n'roll. Most of the records about which it goes into depth have never been in print stateside, but in this the age of Spotify and Youtube, they're easily accessible. The Johnny Appleseed of trad was trumpeter Ken Colyer, a legend in England and from whom much of the subsequent scene would emerge. He was the first credible stylist, important talent scout and general aesthetic imprinter of this stuff. Without him, much about the English 1950s would be inexplicable.

Frame captures the tone of the coffeehouses, local jazz societies, 78 fetishists and the competitive snobbery that characterized the scene (hell, most scenes) so pointedly. For the record, Colyer had actually gone to New Orleans and played a bit with trumpeter Bunk Johnson; he was the guy who had seen the standard bearers in the flesh, so he did have a something of a pulpit from which to pontificate (and pontificate he sure did).

A number of interesting musicians came of this gestation. Trombonist Chris Barber likely was the most influential in the most ways, and I intend to go into depth about him in a later column. For me, one of the most musically interesting is trumpeter Humphrey Lyttelton, who at first glance seems to be kind of the English Al Hirt.

Only at first glance, though.

Lyttleton—nicknamed "Humph"—was a polymath, and his talents as a writer and broadcaster made him to the BBC something like what Marian McPartland is to NPR. The musician as interlocutor, historian and even talent scout. And, as is the case with McPartland, his contributions as a broadcaster have too often diverted attention from his art. And Humph is unique among exponents of Louis Armstrong-styled jazz in that he really developed his own style, one that neither belongs to nor loses contact with Armstrong. At the same time, he assimilated and internalized enough of the post-Armstrong language that we have to see him as modern, although not essentially a modernist.

His 1956 single, "Bad Penny Blues" (reissued by Nimbus in 2008 as the title track to an anthology of early Humph recordings), is purely great; not just for the performance, but also for Joe Meek's production.

For all the limitations set forth by record companies in the postwar era, England did have a few brilliant mavericks, not the least of who was Meek, something of a bridge between Les Paul's engineering genius and Phil Spector's production genius. In 1960, he'd establish himself as a major producer, and eventually do what no English producer had done up to that time (and wouldn't again until the Beatles showed up): serve up a Number One in the US of A, 1962's "Telstar," which he also wrote.

But in 1956, Meek was still just an upstart engineer with unproven ideas and a huge attitude.

"He used to go into monumental sulks," Humph recalled in a 1991 interview, "because in jazz, the general idea is you put a mic up and you get the most natural sound without monkeying about. And Joe over-recorded the drum brushes, and he also did something very peculiar in the way of distorting the left hand of the piano. So that rolling octave thing on the record sounds very very peculiar, and it's very difficult to recapture it on a live thing, because that's not the actual sound that comes out of a piano. Joe deliberately distorted the thing, and had it been a set-up like you have now where you all gather 'round and listen to a playback, I would have said 'That's deadful' and thrown Joe into one of his sulks, but in fact I wasn't there, it became a hit, and I think for those reasons."

In July of 1956, "Bad Penny Blues" climbed to 19 on the British charts, which makes it one of the first British trad records to be a real live hit. Between Humph, Barber and the hugely important guitarist and singer Lonnie Donnegan, the first real British revival of American roots music took hold, and spawned a generation of heavy hitters. Young Paul McCartney's father—an amateur jazz trumpet player—probably dug "Bad Penny Blues." Paul obviously did. The opening of "Lady Madonna" is blatant homage.

Meek went on to record more jazz, including Chris Barber's evocative, international 1959 hit version of Sidney Bechet's "Petite Fleur." Then, in 1960, he'd set up a studio in his apartment, record a bunch of British hits, have two hits in America, go crazy, and kill his landlady in 1967. But not without doing for recording studio technology what Ernie Kovacs did for TV. 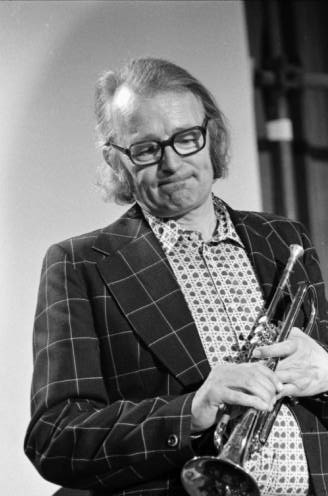 Humph was a highly educated guy from an educated family, and he could do more for jazz than just play the trumpet, something he did very very well. He hosted radio and TV shows, and was a great interviewer (look closely at Clint Eastwood's fine Johnny Mercer doc This Time The Dream's On Me, and you'll catch a 1970-something Mercer interviewed by Humph). Humph's books on jazz masters—anthologized in one volume, The Best of Jazz (1999, republished Portico, 2008)—are some of the most insightful analyses of jazz as music and method that I have read.

To contemporary Brits, Humph is best known as the host of a comedy game show, I'm Sorry I Haven't A Clue, an ultra-witty cross between Whose Line Is It Anyway? and Groucho's You Bet Your Life. As Joe Meek becomes more and more venerated, "Bad Penny Blues" is offered up as further proof that not only was Meek a genius, but he influenced the Beatles as well.

When Humph died in 2008, at the age of 86, everyone from Radiohead (with whom he'd recorded the tune "Life In A Glasshouse") to comedian Stephen Fry spoke of Humph as one of their own. He was an individual multi-faceted enough that his non-musical efforts are actually covered at length and in depth elsewhere.

To really hear and know his individual power as a jazzman, the Humph record that I'd recommend is Yours And Mine (Jazz Colours, 2003), a duo session with Mick Pyne, a criminally underrated pianist championed by saxophonists Stan Getz and Phil Woods. He was England's Hank Jones.

And with only the brilliant Pyne as his rhythm section, Humph holds forth in a program of standards, riff tunes and blues, his playing alternately sweet, acrid, bouncy and introspective. One can hear echoes of Armstrong, Cootie Williams and others, but they're only echoes. His ideas are his own, and his staggering authority over everything he plays is wonderful. Humph may have started out as a revivalist, but he outlasted several eras, and brought forth a deep, developed, fully personal style. That we have Spotify, Youtube, and all kinds of streaming media means that we can finally give this guy a serious look-see. He's so worth it.

(With thanks to Richard Gardner and John Altman.)