By John Kelman
December 6, 2009
Sign in to view read count 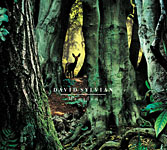 Since first emerging as the lead singer of 1980s synth pop group Japan, singer/multi-instrumentalist David Sylvian has turned, in many ways most surprisingly, into one of pop music's most intrepid explorers. As early as his first solo album, the crooner with a distinctive and intentioned vibrato has been connected with the experimental and jazz scenes, with trumpeters Jon Hassell, Mark Isham and Kenny Wheeler appearing on Brilliant Trees (Virgin, 1986). Since then he's collaborated with guitarists Robert Fripp, David Torn, Marc Ribot and Bill Frisell and keyboardists John Taylor, Ryuchi Sakamoto and Holger Czukay on albums that range, stylistically, from ambient pop to near-progressive rock. He's also been involved in multimedia works, including the aptly titled Approaching Silence (Venture, 1999) and, more recently, Naoshima (Samadhisound, 2007) which, along with the collaborative Nine Horses group and its debut, Snow Bound Sorrow (Samadhisound ,2005), reflected a growing interest in all things Norwegian and artists including trumpeter Arve Henriksen, and samplers/remixers Jan Bang and Erik Honoré.

Free improvisation and its nexus with more structured composition have always been of interest to Sylvian; even on his last ostensibly pop production, Dead Bees on a Cake (Virgin, 1999), the singer combined his sometimes oblique but visually arresting lyrics with Frisell's dobro improvisations. With Blemish (Samadhisound, 2003), he took the concept a giant leap forward on a largely solo album, but one where, on four of its eight tracks, late free music guitar pioneer Derek Bailey and guitarist/laptop specialist Christian Fennesz provided Sylvian with improvisations, providing contexts around which he built his austere songs. An album of remixes, The Good Son vs The Only Daughter (Samadhisound, 2004), further demonstrated just how far these sparely constructed compositional ideas could be taken in the hands of creative remixers/recomposers.

Manafon takes the creative process even further, with Sylvian taking a series of free improvisations, performed by a cherry-picked collective of international improvisers, as the starting point, and shaping his words and loosely structured music around them. Other than adding some acoustic guitar and keyboard himself, as well as some sparely overdubbed piano by John Tilbury on six tracks, these spontaneous soundscapes have been enhanced in post-production, but the improvisations themselves remain intact and unreconstructed—as they were, in the moment.

It's a dark album of stunning beauty; oblique, to be sure, but one that reveals Sylvian to be a continually growing artist whose interests are pure, and now completely distanced from the industry concerns that were an unavoidable part of working with the major labels for the first part of his career. Not that his earlier albums weren't creative or, the assumption has to be, exactly where he was at the time; but unencumbered by outside impositions (even Nine Horses—a pop group to be sure—felt completely honest, a reflection of what the artists wanted without any undue intervention, direct or suggested), with his own Samadhisound label, Sylvian has turned from artful, post-pop crooner to an innovator of the first order.

Even the choice of Sylvian's collective reflects a breadth of concern that transcends earlier collaborations: from England, Tilbury, AMM co-founder, guitarist Keith Rowe, saxophonist Evan Parker and cellist Marcio Mattos; from Austria, guitarist/laptop player Christian Fennesz, trumpeter Franz Hautzinger, guitarist Burkhard Stengl, bassist Werner Dafeldecker and cellist Mario Mattos; from Japan, no input mixer Toshimaru Nakamura, turntablist Otomo Yoshihide, sine wave artist Sachiko M. and guitarist Tetuzi Akiyama; from the US, live signal processor Joel Ryan. On these nine songs—eight songs with lyrics, one instrumental—a baker's dozen players come together in various permutations and combinations, from trio to septet, and in many cases represent first encounters. The result is a compelling album of real songs—abstract, to be sure, not of conventional AABA form—that may provide an entry point for those who find the concept of free music unapproachable, by demonstrating that such unfettered improvisation needn't (and shouldn't) mean aimless meandering.

The results are stunning. The improvisations—in and of themselves, and without Tilbury's layered piano—are highly abstruse yet keenly intuitive; seemingly devoid of melody, harmony, rhythm and form. And yet, on "Snow White in Appalachia," there appear to be (but, given the amount of time Sylvian took in piecing Manafon together, not really) serendipitous moments where a harmonic center suddenly emerges, with as little as Dafeldecker's single bass note, coalescing this tale of disaster in a way that's subtle, but dramatic and effective. The album is described, on Sylvian's website, as an album of ballads, but without any explicit rhythm, the only real reference to conventional balladry is that the ambience is soft, the pace (even without rhythm) slow, and the dynamics subdued and subtle.

At times deeply autobiographical, elsewhere reflecting on external circumstances, Sylvian has also reached a new level of lyrical profundity. Deeply layered, image-seducing but spare poetry reveals more with each subsequent listen, as Sylvian mirrors the music's intrepid nature. These are songs that may be anything but hummable, but are absolutely memorable—powerful in their allegiance to silence, economy of scale and inherent selflessness. His overdubs are in tune with the improvisations' gradual evolutions, but act like drawstrings to bring together a number of ideas, that are anything but disparate, into even sharper focus. Tilbury's contributions are equally vital, Morton Feldman-like in their indeterminacy, and creating a clearer line between the free improvs and Sylvian's lyrics.

The deluxe edition of Manafon is packaged as a clothbound book with an added DVD that includes both DTS and Dolby 5.1 surround mixes, as well as a PCM stereo version of the CD and hardback book inserts with artwork, an essay and complete lyrics. Most important, however, is the inclusion of Amplified Gesture, a documentary film directed by Phil Howards, with Sylvian as executive producer. With the instrumental music of Manafon as its sonic backdrop, the film (subtitled An Introduction to Free Improvisation: Practitioners and Their Philosophy) explores the emergence of free improv through the words of Manafon's participants, as well as speaking with AMM co- founder/percussionist Eddie Prevost and saxophonist John Butcher. That Sylvian does not participate as an interviewee in the documentary only speaks to his viewing himself as a beneficiary, rather than a creator, of the free music being discussed—even though Manafon truly deserves a place in the music's ultimate history.

As austere and economical as the music, Howard leaves the story to unfold entirely in the words of the participants, filmed in black and white and with little visual movement other than that of the musicians speaking, with a few performance stills and very, very spare use of performance footage. What emerges, over the course of Amplified Gesture's 54 minutes, are many of the foundations of the free improvising scene, which distanced itself almost immediately on its emergence, quite explicitly trying, as Keith Rowe explains, to create something that had never before been heard in the history of music. 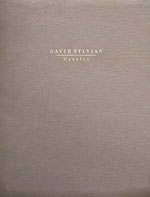 An ambitious and, some might say, ostentatious goal, but one of the defining characteristics of all the musicians interviewed is their unmistakable selflessness. Parker describes free improvisers as not trying to command their instruments but, rather, trying to explore them, further describing the act of playing like biofeedback, where as much as the player tells the instrument what to do, the instrument speaks back, and suggests new ideas and avenues of experimentation to the performer.

And undeniable is these musicians' assertion of the experimental nature of free improvisation. Tilbury contrasts guitarists and violinists, who "sleep with their instruments," to pianists, who arrive at a venue and are presented with a black box, probably an absolutely new instrument each and every time, with different tuning, different touch, different tone. The audience, too, is a part of the experiment, more involved than they might think, as they provide more than just feedback, but an ambient energy which, in part, drives any free improvisation performed in a concert setting.

That many of these artists come from seemingly conventional backgrounds, growing up with rock and pop groups, bebop, classical music and more, might seem obvious; but, as ever, these intrepidly spontaneous creators may all come from somewhere, but in many cases, as with Keith Rowe, their references become merely one thing more to reject in the pursuit of creating something new. And while Rowe explains how playing a guitar flat on a table creates a certain detachment as opposed to orthodox guitarists for whom the instrument is more an extension of themselves, he's equally quick to note that it's impossible to be distanced from life's experiences. Growing up in wartime England, the sound of exploding bombs became an unavoidable part of who he is and, consequently, the music he makes.

In some ways, Amplified Gesture may be best seen before listening to Manafon. The enlightening insights of the artists involved, with the music playing behind them, makes Sylvian's ultimate song construction from their improvisations all the more remarkable. But whether experienced before or after Manafon (or not at all: the deluxe edition is a limited one, with a relatively small print run), the great leap of faith that Sylvian took with Blemish has been completely affirmed with Manafon. It's the inevitable evolution of a significant directional shift that represents, despite sounding unequivocally a part of Sylvian's larger body of work, a profoundly beautiful meshing of unfettered, in-the-moment spontaneity and long, careful consideration.