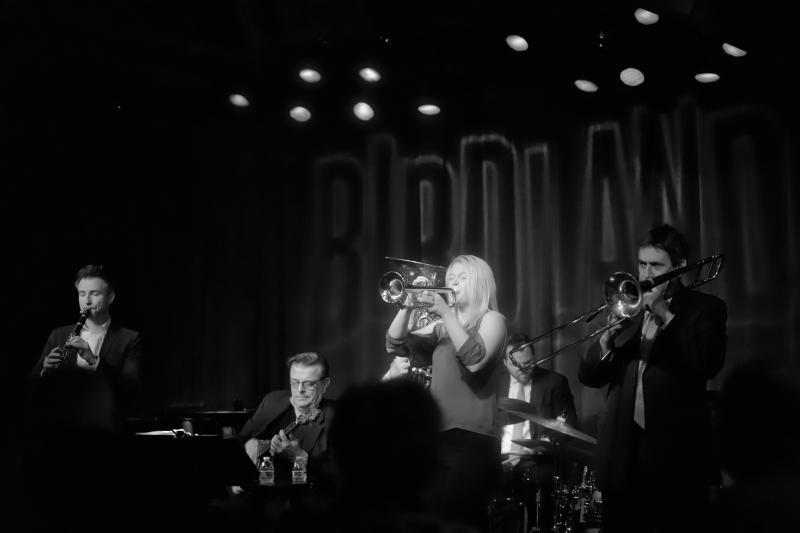 Every Wednesday night at Birdland, concertgoers can be sure of having a rollickingly good time with David Ostwald's Louis Armstrong Eternity Band. But on 22 November 2017, this weekly making of music took on a mournful tinge in celebration of George Avakian, who died that day at the age of 98. Even as tributes to the pioneering producer via written words flooded the internet, this engagement with the Avakian legacy hit so close to home, it was impossible to imagine what recorded music might have been without him. At the same time, there was enough love in the air that those of us in the audience shed two smiles for every tear.

More than that, the evening was a showcase of talent built on a love for jazz's timeless ghosts. In that respect, Ostwald and company gave us more than a dose of fun; they gave us something profound. For while the music of Armstrong and his era may seem tame by some people's standards, being in the presence of those who embody it to such an extent left an aftertaste like something made from purest organic ingredients. It's not simply that lively tunes like "Muskrat Ramble" and "Struttin' with Some Barbeque" reminded us of another time, but also that in the hands of these capable musicians they resonated with emotional integrity. Trumpeter Bria Skonberg, in addition to being a nimble artist, told a full story in every tune, leaving her most indelible brands on "Blue Turning Gray Over You" and Eubie Blake's "Memories of You." Against the jangly banjo and tenor guitar palette of Vince Giordano, her punctuations were set in vivid relief. Giordano further lent the voice of bluesy reason to "On the Banks of the Wabash, Far Away." Adrian Cunningham grabbed a lion's share of spotlight in "Stardust," which gave the clarinetist plenty of wiggle room for strikingly modern interpretations and artful ornaments. Trombonist Jim Fryer was another prominent figure, reweaving the fray of such tunes as "A Weary Blues" into resilient tapestries.

The bandleader's tuba and Alex Raderman's drumming locked step at every rhythmic turn and gave just the right amount of oomph when needed. Guest trumpeter Bjorn Ingelstam joined these elegiac festivities for "La Vie en Rose" and "Atlanta Blues" with a clarion feel for both melody and time. Like all good things, including life, the show came to an end, but not without the virtuosic burst of affirmation that was "Swing that Music," by which the band sent off Avakian in style, in that way he loved most.