By SEAN DIETRICH
July 5, 2010
Sign in to view read count
The role call for sax genius is a lengthy one. But upon briefly thumbing past names like Charlie Parker, John Coltrane and Coleman Hawkins, one finds a glow beneath the surface radiating from lesser known players. Members of the vast sax community, who don't often get the same press other celebrated players receive.

In the late 1920's American jazz was finally beginning to congeal. During this golden age, young Chu Berry laid aside his clarinet, and began his battle with the tenor saxophone. Quickly he developed a smooth, and chordal-strong approach that he used in combination with clever phrasing displacement. Berry's innovative playing was developing on the edge of the unexplored saxophone frontier. Being that the very young instrument had only been patented 74 years earlier. 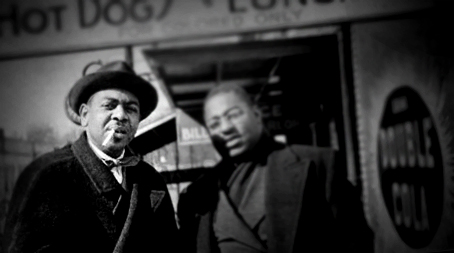 Berry's style was clean, and his up-tempo playing was flawless and direct. The recently released compilation album Chu Berry 1937-1941 (Classics) shines a complimentary light on Berry's short but powerful career. His playing on songs like "Body and Soul" reveal a supreme sense of melody and harmonic knowledge. In fact, Berry's solos often sounded like miniature compositions within themselves.

As a notable composer for swing era music, as well as a soloist, Berry's compositions were fresh, and lively. Original works like "Maelstrom" and "Chuberry Jam" represent the joyful music of a bygone era, and demonstrate Berry's close familiarity with advanced harmony. Berry also composed the swing standard "Christopher Columbus" which is still considered essential within the big band medium. Berry's melodic sense, and almost ideal phrasing, represent a thrilling, formative era for jazz, reminding modern listeners of a time when soloists were expected to play unshakably strong, and definite.

Alto saxophonist Joe Harriott goes largely unheard of in many circles today. But upon observation of Harriott's recorded work, listeners will find that his conceptual donations to the world of free form music were monstrously valuable. Why more people are not aware of this alto saxophonist is a mystery, being that Harriott's soloing style is bright enough to blind the most experienced jazz enthusiast. 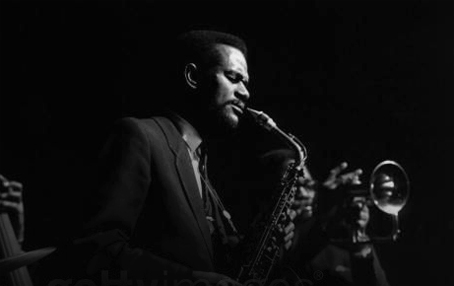 Harriott was a Jamaican by birth, but began working in the London scene during the early 1950s. He became well known throughout the British jazz web, and quickly became one of the most demanded alto players in London. In his early recordings, which can now be found on Killer Joe (Giant Steps UK, 2007), it's obvious that Charlie Parker held a special influence on Harriott's style. Listening to Harriott glide through standards like "Out of Nowhere" is like seeing a young bird take flight. And though Harriott's early music is set at bright bebop tempos, he moves around each song with a surprisingly relaxed demeanor.

Free Form Remastered (Gottdiscs, 2007) represents the free form movement at it's finest. Simply put, this remastered recording of the original 1960 album is nothing short of golden. Harriott's approach to free form music is calculated and powerful. On songs like "Straight Lines" The Harriott Quintet preserves steady tempos, and standard harmonic concepts, and then soars above them on brass wings. Harriott's album Abstract (Columbia (UK), 1962) is yet another landmark recording that demonstrates his brand of free form art. The album's instrumental roars are exciting and even moving. Songs like "Tonal" again reveal Harriott's unique communication with the other musicians in the quintet. Group interplay resembles a civil musical dialogue, when compared to the somewhat uninhibited collaborations of fellow innovator Ornette Coleman.

Few saxophonists wander into the musical territory that Yusef Lateef calls home. And while there have been plenty of organically minded musicians who've tried their hand at similar forms of music, few have been able to retain Lateef's degree of honesty. And though he is known in some circles for being skilled on a broad range of wind instruments, Lateef's tenor sax is not often discussed among mainstream cliques. 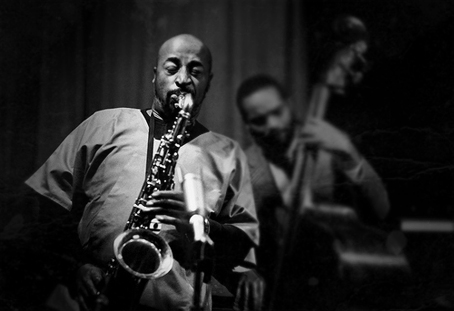 Lateef lent his talents to many notable artists throughout his early career, and is recognized often for working with the Cannonball Adderley Quintet in the late 1960s. Lateef's straight-ahead playing is breathlessly exciting, no matter what instrument he is featured on. However, there is something colorfully supernatural within his own conceptual music. His talents are clearly embodied on the early album Into Something (Prestige, 1961) where Lateef uses the tenor as if it were his own voice. Released the same year, Eastern Sounds(Prestige, 1961) features the dawn of the ethnic sub-genre within the realm of jazz. On the unique song "Ching Miau" Lateef drifts into a cerebral form of musicianship on the tenor sax that many listeners had never heard previously.

Psychicemotus (Impulse, 1964) is an exceptional album that gives listeners a look at Lateef's journey towards an even deeper and more creative musical form than found on his earlier work. "Semiocto" is a wild and sharp arrangement, featuring Lateef's supreme technical adeptness and speed. The album has a broad and diverse mix of material. Everything from classical flavored ballads, to hard biting up-tempo pieces.