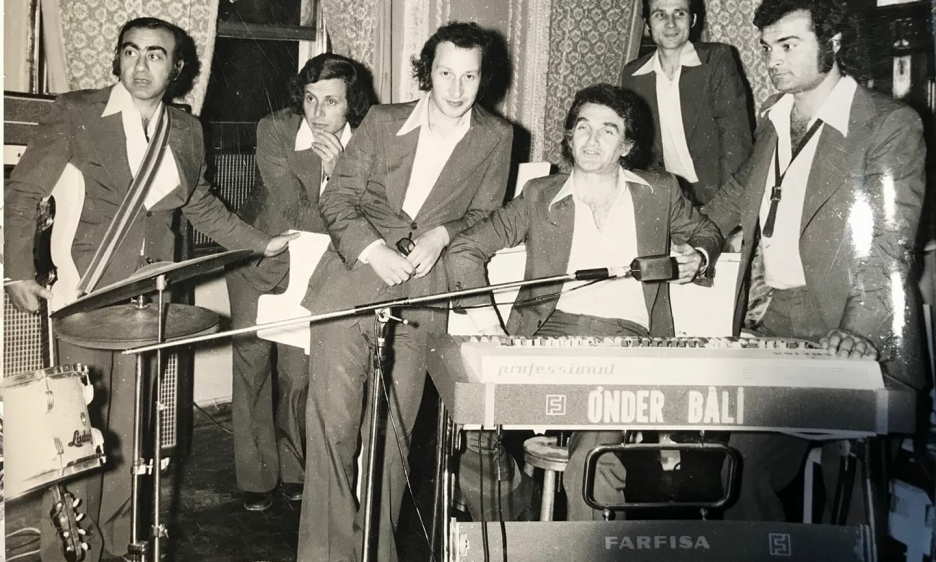 By Francesco Martinelli
February 15, 2018
Sign in to view read count
As far as I can see only Turkish media published news about the loss of Turkish pianist and trombonist Elvan Aracı, 66, in Stockholm. From 1977 to 1999 Aracı lived in Sweden where he notably collaborated with Muvaffak `Maffy` Falay, Okay Temiz and Bernt Rosengren, notably in Maffy Falay's sextet with Rosengren, Åke Johansson on piano, Lars Lundström on bass and Sangoma Everett on drums, documented on a live video from the Stockholm Jazz Festival and in the We 6 album. He subsequently moved back to Istanbul where he played with his various bands and a new generation of musicians. Due to sickness he had lately gone back to Sweden for treatment.

He was the son of bağlama (Turkish folk lute) master Bayram Aracı and singer Mualla Aracı. Since he was 16 years old he played in Turkish bands; he graduated from Istanbul Conservatory, and his discographic debut came in the legendary Erkut Taçkin 1975 album with a veritable who's who of jazz and pop music of the '70s, including Onno and Arto Tunç, Cengiz Teoman, Neşet Ruacan, Süheyl Denizci, Selim Selçuk and Garo Mafyan. Among his recordings Peter Gullin's 1980 album Out of Love where he played trombone. After moving to Sweden in 1977 he graduated from The New Music of Social Research for Jazz and Contemporary Music and from 1994 to 1997 played in New York in jazz and Latin bands recording with Eric Bibb in Me to You.

In 1999 he was a member of the big band assembled by another initiator of Turkish jazz, Emin Fındıkoğlu, for his project "Detente" playing at the Cemal Reşit Rey concert hall. In 2004 he played at Babylon in Istanbul within the 14th Akbank Jazz Festival with his own quartet, both as a pianist as a trombonist, accompanied by bassist Eylem Pelit, guitarist Sarp Maden and drummer Volkan Öktem; later he reformed a quartet with younger players Levent Akman, Murat Ertel and Ceren Oykut.

In a memorable night of 2008 he took the stage in the Nardis jazz club by the Galata tower where he was a frequent visitor, with American guitarist and educator Donovan Mixon, Ozan Musluoglu on bass and Ferit Odman on drums for a fantastic set of standards and originals. He can be briefly be heard on several tracks from an Orient Expression CD (Record of Broken Hearts), and later played in Musluoğlu`s My Best Friends Are Vocalists album.

Among his latest appearances a quartet set at Nardis with tenorist Engin Recepoğulları, Kağan Yıldız on bass and Odman on drums. His beautiful tone, melodic ideas, discipline and dedication have been a model for generations of Turkish jazz musicians and his place in the history of Turkish jazz will not be forgotten.