In Istanbul in 1939, Okay Temiz’s mother not only gave him the gift of life, but the gift of music. He has since dedicated his life to sharing that gift with the world. Music has been playing in his DNA since birth, being inspired as a child by his mother, Naciye Temiz, who was classically trained in Turkish music. With her encouragement, he studied percussion and tympani at the State Conservatoire of Classical Music in Ankara. On launching his professional musical career in 1955, Okay continued his studies at the Tophane Art Institute. where he acquired the musical knowledge and skills that enabled him to create his own drums and percussion instruments with unique sounds and features. He now has a wide collection of self-made ethnic and electronic instruments, including a hand-made copper drum kit, the Magic Pyramid and Artemiz, which he constructed using camel and sheep bells. These add a unique and transformative quality to his accomplished musicianship and distinctive style.

Between 1959 and 1967, Temiz performed in several programmes and shows, accompanying dance music groups in Turkey. In 1967, he joined Ulvi Temel’s group and performed in some of the most prestigious music halls in Europe. This led to a move to Sweden where he met trumpeter Maffy Falay whose artistry in improvised music had a strong impact on Okay. The duo formed the group Sevda, their fascinating pulsating fusion of the striking melodies and rhythms of Turkish folk music with western jazz winning great acclaim. In the following years, Temiz provided a clear and bright musical palette for Stockholm radio stations, not to mention the Symphonic Orchestra, to which he added new sonic and percussive elements. While in both Sweden and Denmark, Temiz collaborated with highly esteemed names of the jazz scene, such as Dexter Gordon, George Russell and Clark Teery during a period full of rich musical experiences.

During that time, he met the American trumpet master Don Cherry, who was then settled in Sweden and renowned for being one of the pioneers of world music. This became a long-lasting partnership, with them performing together for years at festivals, concerts and on recordings. With the addition of the African bassist Johnny Dyani in 1971, the trio began facilitating courses at New Hampshire College, one of the leading popular music schools in the USA. That same year, they recorded a concert in Ankara for the Sonet Records label.

A year later, Temiz, together with the accomplished musicians, bassist Dyani and South African trumpeter Mongezi Feza, formed the group Xaba. This formed a significant stage in his musical career, as they rapidly gained considerable attention via three albums that could be described as an individual style of avant-garde jazz, effectively securing the group’s place in the history of jazz. Okay greatly appreciated the musicianship of his two collaborators and there was a palpable telepathic connection between them all. He has stated that these were amongst the best times of his career. The albums were released by the UK label Sonet Records in Scandinavia, the USA and the UK.

In 1974, Okay formed his Swedish-Turkish jazz group Oriental Wind, originally consisting of renowned musicians such as pianist Bobo Stensson, bassist Palle Danielson, saxophonist Lennart Aberg and the master of ney and gayda, Hacı Tekbilek. A deeper dive into multi-cultural music resulted in a particularly successful sonic fusion of European musical instruments such as violin, saxophone, flute, clarinet, bass and piano with Turkish instruments such as zurna, ney, kaval, ud, saz, gayda and sipsi. For a short time, his mother, Naciye, joined the group, participating in their performances in Sweden.

Temiz continued his cultural activities in Sweden until 1990. During his work applying classical Turkish makam music to jazz, he discovered various Turkish musicians and helped them gain universal musical recognition. Tours in Europe, India and the USA were followed by numerous concerts, recordings and seminars. His album Fis Fis Tziganes, amidst the competition of 3000 other albums, reached Number 3 in the French music charts in 1991. Green Wave, recorded in Turkey in 1992, remained for years in world music DJs’ annual top ten albums.

Post 1993, Temiz continued his career in Finland where he met his then future wife, Anna. Marriage and the birth of their son, Tomi, brought a new perspective to both his personal life and musical career. This was reflected by his album Magnetic Band, on which he embraced the improvisational spirit of jazz with its African and South American rhythms and fused this feel with traditional Turkish melodies. The CD of the album was released in Greece to high critical acclaim and was named album of the month with a five-star rating by Down Beat jazz magazine.

Supported by Sweden’s Ministry of Culture, Temiz expanded his thirty years of creativity in Scandinavia to a worldwide platform on which he exposed his collaborations with other world musicians to wider audiences. Their music, which excitingly fused previously unexplored Turkish motifs with the sound of jazz, quickly gained recognition in Scandinavia, with a following quickly growing via festivals, recordings and concerts. In order to collaborate with more Turkish musicians and promote their music globally, Temiz returned to his homeland in 1998.

Okay’s insatiable energy and passion for exploring the unknown have continued to lead him to engage in numerous musical projects in a variety of contexts. Among these, an album sponsored by the Turkish Ministry of Culture and Banvit, entitled Kuzeyden Güneye Yansımalar (Reflections from North to South) included his compositions and was recorded with Izmir State Symphonic Orchestra. Also, a CD entitled Kutlama (Celebration) was produced for the ADA Music label. Temiz’s compositions were compiled on five CDs as part of Başarı Eletronik company’s 2000 cultural activities: Fifth Anniversary of the Turkish Republic. Another CD entitled Yaşamın Ritmi (The Rhythm of Life) was produced in celebration of the thirtieth anniversary of the company Banvit.

Temiz and his groups have organized seminars for the promotion of both Turkish and world music in European cities such as Athens, Thessaloniki, Barcelona, Budapest, Zurich, Ljubliana, Amsterdam, Rotterdam, The Hague and Lisbon. He has also performed in concerts in Istanbul, Ankara and Izmir as a member of the Ministry of Culture Turkish Music Ensemble. He has appeared in more than three hundred and fifty festivals and performed in circa three thousand concerts in Europe, the USA and India. He has acquainted, studied and collaborated with top musicians and masters of African, South American and Indian rhythms, while also learning how to make and play their instruments, such as quicca, berimbau, finger piano and talking drum. His recent (at the time of writing) contemporary work, made in collaboration with the accomplished Greek musicians, guitarist Nicky Skopelitis and jazz saxophonist and clarinetist Floros Florides, was released on CD in winter 2021 on the US label Be Last World Action.

Okay Temiz continues his lifelong mission of promoting multi-cultural music to a global audience via the rich and varied musical experience he has gained over the course of his life. 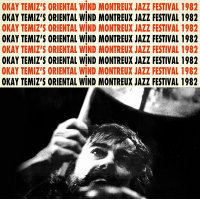 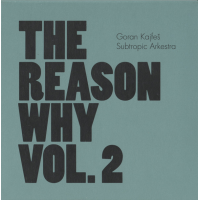 The Reason Why Vol. 2 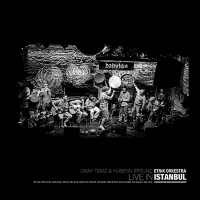 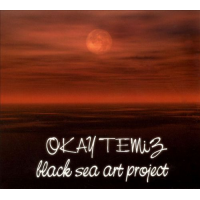 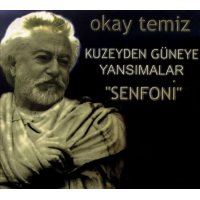 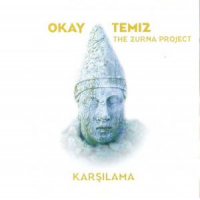 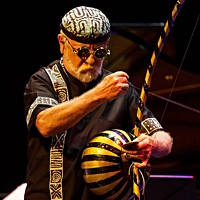 All About Jazz musician pages are maintained by musicians, publicists and trusted members like you. Interested? Tell us why you would like to improve the Okay Temiz musician page.