Charles McPherson: The Man and His Muse 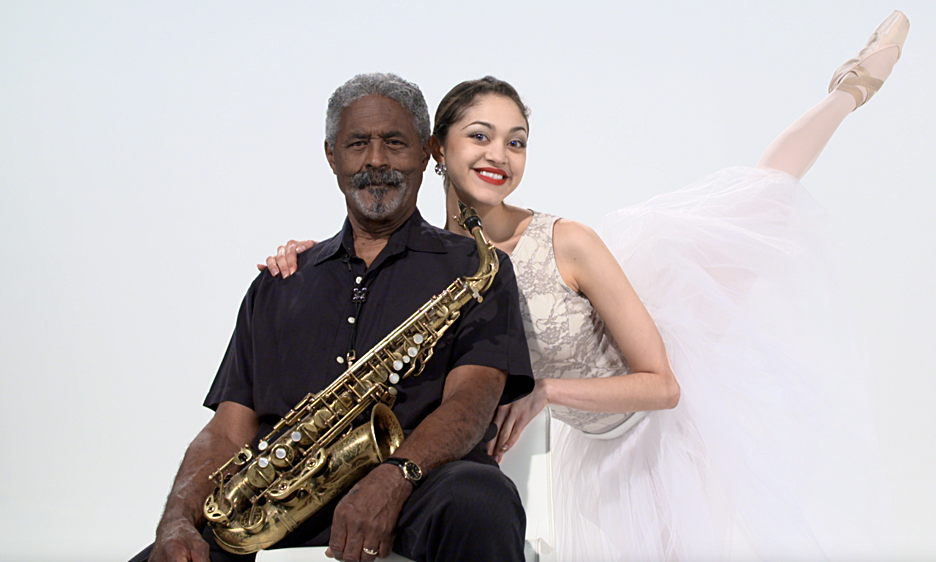 To this day I think of myself as a work in progress. It's all about a journey into consciousness, through humanness. To be expressed via music as opposed to painting or architecture.

Acclaimed alto saxophone wizard Charles McPherson has a new muse: his 25-year-old daughter Camille, a premier dancer with the San Diego Ballet, where he also serves as composer-in-residence these days. McPherson was a young father in his twenties, with three children from a first marriage. Thirty years up the road, after marrying the lovely Lynn, a classical piano teacher in San Diego, he became the father of a daughter once again. "Thirty years, that's a big difference," he says, with a chuckle. "Back then when I was reading my kids fairy tales, I never thought about changing the heroes from boys to girls." But with Camille, he found himself doing that. "I want my daughter to feel empowered and that has manifested itself in a lot of things I related to her. I'm very much aware and have enough concern about her feelings of equality and self-worth"

He laughs as he reflects on his second go-round as a father. "I was a complete fool. Part of the day I was taking her swinging at the park. I'd bring along little stuffed rabbits and create characters and voices." Camille interjects, "he would sing to me. It was like having my own Mr. Rogers." But McPherson doesn't remember singing so much. "I just wanted to make her childhood bright and delightful. She started going to a ballet classes at three. I took her to class because her mother was teaching piano all day." Like her step-brother, Charles McPherson Jr (Chuck), who is a drummer, Camille is also very musical. "She played piano for a while, and then harp, but it was dance that really resonated," boasts the ever-proud papa. "As she got older, she did dance intensives all over the states—from Taos to Boston, and spent some years in Pittsburgh as a trainee until she had an injury. She decided to stay in San Diego and is now in her sixth year with the San Diego Ballet."

He says his post as composer-in-residence "came about in a very organic way. I was looking to get a grant and to satisfy that you had to partner with someone who does something different than you. I'm in music, and my daughter Camille was in the San Diego Ballet company. The Artistic Director Javier Velasco and I got together, and he knows his way around applying for grants. We worked on the grant to satisfy all the stipulations, and it came through. I write at least one commissioned piece of work a year for the company. I'm there. She's there." He describes the concept of combining music and dance as "symbiotic and quite natural. It's the straight-ahead bebop, which I favor, mixed with Jazz and Afro-Latin rhythms, and then mixing it with classical dance, ballet. Javier added some nuances of modern dance to his choreography, with all the hybrid nuances put together for the collaboration." Trumpeter Gilbert Castellanos is another resident composer and in a recent interview with the San Diego Union-Tribune, Velasco confirmed that he has encouraged both musicians (who often accompany the dancers with live performances) "to write what they love. I want them to write the best work they can, and when they feel excited about it, I'll listen and get as much information as I can. Sometimes, a piece will start with movement first, but not with these particular collaborations. Concept comes before movement, and usually I'm close to what they are thinking."

McPherson notes that their first collaboration, "Sweet Synergy Suite" took him out of his comfort zone. "For me, it was a little different, because I've always played music for musicians, never for movement and dance, but Javier had dealt with jazz before, working with Bert Turetzky." (the virtuoso contrabass soloist, composer, and professor of music at UC San Diego, who recently turned eighty-five). The second project, a suite in two parts, "Reflection and Hope" was commissioned before the Presidential election, and composed afterward. McPherson describes it as being "very dark, foreboding. It reflected on the dark mood of the election and what that would mean." Like so many, he recalls being shell-shocked when it was announced that Trump had won. "It was unbelievable to me. I thought, 'What the hell is going to happen now'? It was clear that I couldn't just write some dark, depressing piece. I thought, maybe something good will come out of this turmoil of the soul. Something positive that reflects hope and possibility. It's about the light at the end of the tunnel. We will be performing it again this year and I am composing a third part (an added movement to serve as an interlude between "Reflection and Hope") with a middle section that's going to reflect the emotional turmoil and confusion. Then, after exploring those emotions, I morph into the segue about hope. I have written parts for violin, cello, bass, and sax because I wanted that particular feeling that those instruments would give without adding drums and piano." He is planning to record "Reflection and Hope" and some of the "Sweet Synergy Suite" compositions, "either producing it myself or working with a record company."

McPherson was born in Joplin, Missouri and raised in Detroit. He started playing sax in the junior high school band, and then in high school. After being mentored by bebop pianist Barry Harris, he played in local clubs. When he turned 20 he moved to New York City to work for Charles Mingus, which he did for about seven years and then quit to take a job with the Internal Revenue Service. By then McPherson had a couple of kids and a regular gig seemed the way to go. "I took it to get away from the pressure," he confided in an earlier interview. "Mingus was a talented man, but it was not an easy ride. I learned a lot, but it was just issue after issue. He was very confrontational." Eventually he left the IRS and rejoined the Mingus formation. I wondered what fueled his ambition back in the day. And it seems that it still serves him well. "When I started playing with Mingus, I tried to learn and interpret his music the best I could, for twelve years—but my horizons had been set with the music of Charlie Parker, Bud Powell, Dizzy Gillespie. To this day I think of myself as a work in progress. It's all about a journey into consciousness, through humanness. To be expressed via music as opposed to painting or architecture. I want to have the artistic dimension to deal with sadness, happiness and everything in between, as well as the craft. I want my craft to be spot on so that it can successfully execute the feeling and ideas that have nothing to do with craft."

In 1978, he moved to San Diego where there was a burgeoning jazz scene and a number of small clubs. Unfortunately that's no longer true. Most of the time he is touring: New York, Europe, or Japan. In an interview in the San Diego Reader, he confided: "Jazz has more value in Europe and Japan than here. If not for those two places, jazz wouldn't make it at all. If you want to make a living as a jazz musician, you have to travel. There's not enough local venues or activity to support a career here. I have to hit the road, Jack." He laughs. "And I don't mind. I'm not gone for very long, and it's kind of fun to get away and see other countries." His latest tour began with pit stops at the Jazz Standard in NYC, then on to the usual spots in Europe: Pizza Express in London, the Bimhuis in Amsterdam, Fasching in Stockholm, Montmartre in Copenhagen and the Bird's Eye in Basel. In June he will be in residence at a Jazz Camp at the University of California San Diego, and in July will participate in a Jazz Workshop at Stanford University, renowned for its jazz curriculum, faculty and resident artists. The still-nimble saxman is traveling with a triad of young musicians who seemed to be having a hard time keeping up with him during his recent Bimhuis appearance. "Perhaps their flight was late and they had no rehearsal time," a musician in the sold-out hall remarked, in their defense. "You don't hear those fast tempos so much anymore ("Lover," "Lester Leaps In"). It's very difficult to keep up, and very few can." Like a persistent football coach or even the late great Betty Carter, McPherson maintained an energetic dialogue with his trio, stage whispering chord progressions to the pianist, and encouraging the bassist and drummer, patiently clapping out the beat.

I wondered if he had any advice for the new generation of players, to which he responded: "You learn the craft, the language. But be mindful that all of that is metaphorical to the human condition, to the engine that uses the craft. When craft and art are holding each other's hand, that's the meaning of what genius is. It's beyond playing a bunch of scales. The main thing is expression of self. Technique and inspiration are friends and inform each other and there's a bond, along with tenacity and the necessity to keep on keepin' on. You can't be lazy. I know, cause I'm guilty of that sometimes. I'll find a thousand excuses not to do it. Bringing out the ideas is an art in itself."

When you're talking to a bebopper, it's gotta get a little existential. And the metaphysical McPherson didn't disappoint. "I believe in the eternal 'is.' Remember this song by Louis Jordan, 'Is You Is or Is You Ain't My Baby'? Well, I think you can take the whole cosmos and put it in those terms. Is you is or is you ain't? And ain't is a kind of 'is,' so there's nothin' that just 'is.' The book is big and there are a lot of chapters, and there's no end to the book or the chapters."

Note: McPherson will turn 80 in 2019 and the Lincoln Center Jazz Orchestra will honor him (and McCoy Tyner) with a tribute performance.