By Chris Mosey
February 9, 2013
Sign in to view read count 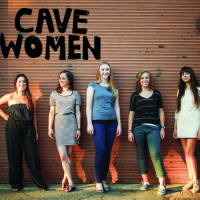 Scarcely the most appropriate name. There's nothing primitive or brutal about this five-woman outfit from Sacramento, California. Cave Women's debut is a gentle, dreamy mix of original compositions influenced primarily by bossa nova and Celtic folk. Antonio Carlos Jobim meets Loreena McKennit? There are even—thanks to Emily Messick's accordion—occasional echoes of French chanson.

It's sunny and optimistic. Well, they are from California. Perhaps not jazz but certainly jazzy and easy on the ear, with some nice four-part vocal harmonies.

But the album could have been much tighter. Most of the songs have an unfinished feel, particularly as regards the lyrics, which resemble notes for a work in progress. The opener, "Blizzard," which describes a painting, teeters on the verge of pretension with its references to "color-coordinated chaos" and "a stain that calms the burden." Both "Something To Remember" and the quite catchy "Fall" promise to say something but peter out.

The best and most complete song is the overtly Latin "Counting Sheep," an examination of insomnia that contains a line worthy of Paul Simon at his best: "It's quiet now / and all my thoughts / rustle like brittle leaves on the ground."

This one also features a fine flute solo by Kim Davis, who has performed with the California State University and Merced symphony orchestras, and recorded with Laurel Zucker and Dave Short's Sax Therapy. Alicyn Yaffee contributes some competent guitar.

Very much a debut album, lacking direction, but holding the promise of better things to come. But they really should think seriously about a change of name.

Blizzard; Who Needs Dreams?; With You; Counting Sheep; Fall; Balloons; Hunger; Something To Remember; Under The Willow Tree. 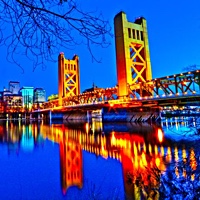