By Nenad Georgievski
October 24, 2020
Sign in to view read count 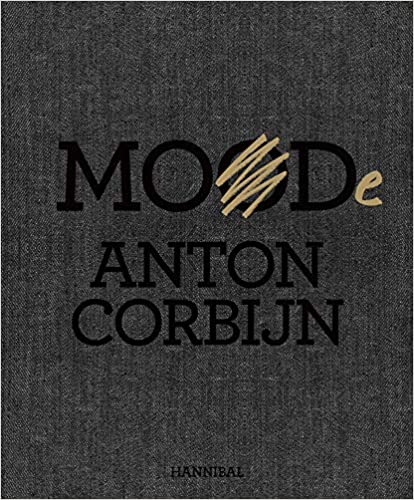 In a career that spans four plus decades, photographer and film director Anton Corbijn became one of the best-known names in music photography. He was behind the lens of some of the most iconic music images of all time. With his work gracing the front covers of some of the popular albums (such as The Joshua Tree (Island, 1987) and All That You Can't Leave Behind (Interscope, 2000) by U2 or album covers for releases by singer Nick Cave, bands such as Depeche Mode, Metallica, REM, Simple Minds, to name but a few) or the pages of various music magazines (Rolling Stone, NME, The Word, The Face), he took arresting portraits of various stars (Miles Davis, Jeff Buckley, Bob Dylan, Joy Division, Tom Waits, Bruce Springsteen, to name but a few) and changed forever what music photography could be. Plenty of his work is deeply embedded in collective cultural memory. From there he expanded into portraits of people beyond the music realm and branched out into other areas with notable success such as music videos and feature films. Soon he began shooting occasional fashion events and campaigns and that fashion side of his work became the subject of his book Mood/Mode.

Corbijn himself was never one to follow fashions and passing trends concerning photography and photographic styles preferred by music magazines or otherwise. Instead, he chose the less trodden path where he would add a distinct character to a photograph, unlike anyone. That's what has made him special. Back in the late '70s and especially during the '80s, he forged a style that was characterized by contrasting black and white images or vividly blurred color photographs. Corbijn's visual idiom seemed to be influenced by the nature of cinema especially the luminous black and white films of the silent era. His photographs were multilayered and depicted a highly personal image which subtle surrealist nature represented the unconscious, something that went beyond the boundaries of official culture, beyond the established values with an effort to present unconventional ideas or approaches. There is also a captivating, yet dark side to his work that adds an intriguing depth that highlights the intimacy, the drama, and movement of life.

Conceptually, Mood/Mode encompasses the work he did for various fashion campaigns, adverts, and past work where style, fashion, and character come to the fore. Mood/Mode is a busy intersection where fashion, music, characters, and stories meet. The first photograph that symbolizes all of the aforementioned is the one of country singer Johnny Cash holding fashion model Kate Moss in his arms. Apart from being a music icon, Cash was known as the "The Man in Black" because of the black garment he wore as a way of drawing attention to heavy issues at the time in the US and its society such as the war in Vietnam, poverty and racial imbalance. But it's a beautiful portrait that gives the impression of strength and fragility.

There are around 200 photographs of a very colorful cast of people from all walks of life—fashion models, actors, film directors, musicians, fashion designers, and children. There are photographs of various campaigns such as the G-Star Raw campaign with Liv Tyler and Gemma Arterton (a glimpse of this photo session can be seen in Klaartje Quirijns' documentary Anton Corbijn: Inside Out), Levi's Scandinavia, photo sessions for Harper's Bazaar or photo sessions with Alexander McQueen for Vogue UK, to name but a few. The unifying thread for all of these portraits in the book is fashion but in a singular and idiosyncratic way. These are artists who have forged their own paths and styles and have instigated and dictated global fashions.

There are portraits of people like David Bowie (photographed as a preacher) who was as much as fashion innovator as a musical vanguard. Bowie never failed to both express himself and to impress, and his stylish reinventions were always impressive. He is followed by incredible and stylish portraits of people like singer and songwriter Leonard Cohen, the Bee Gees, Sinead O'Connor, The Rolling Stones who are dressed as Dr. Seuss' "The Cat in the Hat," jazz pianist Cecil Taylor, Fela Kuti's colorful dancers, actors such as Idris Elba, Ed Harris, Clint Eastwood, Nastasja Kinski and many more, to name but a few.

The usual suspects in the form of members of U2 and Depeche Mode are also present. There is a lot of humor involving the members of U2 in pictures from various eras—there are photographs of the band with producer Brian Eno dressed as cooks during the mid-'90s project Passengers or both Bono and the Edge dressed in drag. Corbijn shot them dressed in drag on several occasions apart from the video for "One" and these in this book were shot for the cover of the watershed Achtung Baby in order to signal the new direction the band took at the time. Not only that, but there is a photograph of their children that adorns the cover of the Songs of Experience album. In the case of Depeche Mode, not only did he create the band's entire visual identity, conceiving the graphic design but he directed their videos and designed the look of their stage tours and directed several concert films to date. All of these were stylish and often otherworldly.

The book also features a photograph that is among his iconic i.e. the photograph of the band Joy Division at Lancaster Gate Tube Station in London in 1979. It's an otherworldly image of a band that will influence countless others both musically and fashion-wise. At the time, the band and its frontman adopted austerity in their clothing that was later imitated by millions. A post-punk band, its members wore shirts with simple suit trousers while singer Ian Curtis wore a grey overcoat with an upturned collar. This was the band whose music attracted the attention of young Corbijn who moved to London because of them in the late '70s. Many years later, his first feature film Control was a biopic about the band's frontman based upon his widow's memoir, Touching From a Distance.

Mood/Mode explores the relationships between photography and fashion, between music and fashion. It also explores the authenticity and imperfections in a singular way. This unique collection just expands Corbijn's already vast universe. The end result is a collection of intimate and spellbound visuals that won't be found anywhere else.