Anton Corbijn: Inside Out

By NENAD GEORGIEVSKI
October 20, 2012
Sign in to view read count 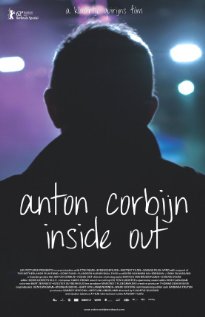 Anton Corbijn
Inside Out
CTM Films
2012

Corbijn is a master lens man whose four decades of stunning portraits of some of the greatest artists in the music world and beyond have made him one of the most influential portrait photographers of our time. Even if the name is unfamiliar, chances are you have seen his photographs somewhere. He has been capturing music history through his camera lens since the late '70s, snapping some of the earliest appearances of bands such as Joy Division. That black and white shot of the band in a London Underground passageway actually was the catalyst that launched the careers of both the band and Corbijn-and eventually, years later, led to his own debut as a feature film director for the Joy Division biopic Control (The Weinstein Company, 2007).

His are the photographs that adorn the front covers of most U2 albums-most famously, The Joshua Tree (Island, 1987)-and his are the publicity photos that dictate the group's public image. Tom Waits, Depeche Mode, REM, Captain Beefheart, Nirvana, Metallica, The Killers, to name but a few, are just some of the artists whose public image is marked by his photographs. His accolades actually stretch beyond this as, until recently, he was a sought-after video director with more than 80 videos to his credit, until he began working on feature films.

This film portrays Corbijn totally immersed in his work and paints the pictures of his public and private personae in a nonlinear fashion. The photographer is a very quiet persona and the camera follows him through his most intimate surroundings. Since the documentary is concentrated on what drives the man, the emphasis is more on his personal life-childhood rural homestead, the church where his father ministered as a pastor, the watery areas around his village in Holland, the surroundings of his closest family. By his own admission (and from his family's), his childhood was painted with silence and stillness, and being son of a pastor gives a hint of where all that religious imagery and quiet in his work comes from-even why he took on photography. The film shows a very private man who keeps things private, but appears frank and sincere without revealing much. Despite being the cameraman, he clearly doesn't feel comfortable when that camera is aimed at him.

Corbijn claims to find inspiration in the music itself. His own sensitivity allows him to capture the charisma of the people at which he aims his lens in a very special way. His trademarks are grainy, black and white aesthetics or exaggerated use of color and space. He always goes against the trend in every area he has worked in. Even the biopic about the life of the late singer Ian Curtis, Control (2007) looks more like a collection of memorably bleak vignettes than a bombardment of jump-cuts and other stimuli.

As much as he was admired , before he became part of the success of bands such as U2 and Depeche Mode his work was criticized as humorless and emotionless; it was even rejected as gloomy, sometimes. But the film also shows a bit of humor when he shows photographs of himself taking various personas like Janis Joplin, Jeff Buckley or the late Kurt Cobain. Although evidently stylish and serious, his photographs do portray a kind of emotion not found anywhere else. Another great revelation is the sensitivity of photographs taken from various rooftops or hotel windows.

The film is scattered with personal remembrances, spoken tributes and token interviews by people he is mostly associated with, including close family members, U2 lead singer Bono, Depeche Mode keyboardist Martin Gore, members of Canada's Arcade Fire, and German singer Herbert Grönemeyer. The interviewees give their praises for the Photographer, and they also discuss his art as well as their own, and the correlation between their work. Since most of the film was shot during a busy period in his life, Corbijn is portrayed as a solitary figure traveling around the world, working on a continuous string of projects with people like Metallica and Lou Reed, Arcade Fire and U2, or behind the scenes of filming The American (Focus Features, 2010), his second feature film, with actor George Clooney.

Inside Out is an intelligent and elegant looking film where the director provides evocative images and a subtly arranged narrative that deals revealingly with the process of creativity and a portrait of one man's passion for his own art. It is an intriguing look inside the mind and the world of a master.