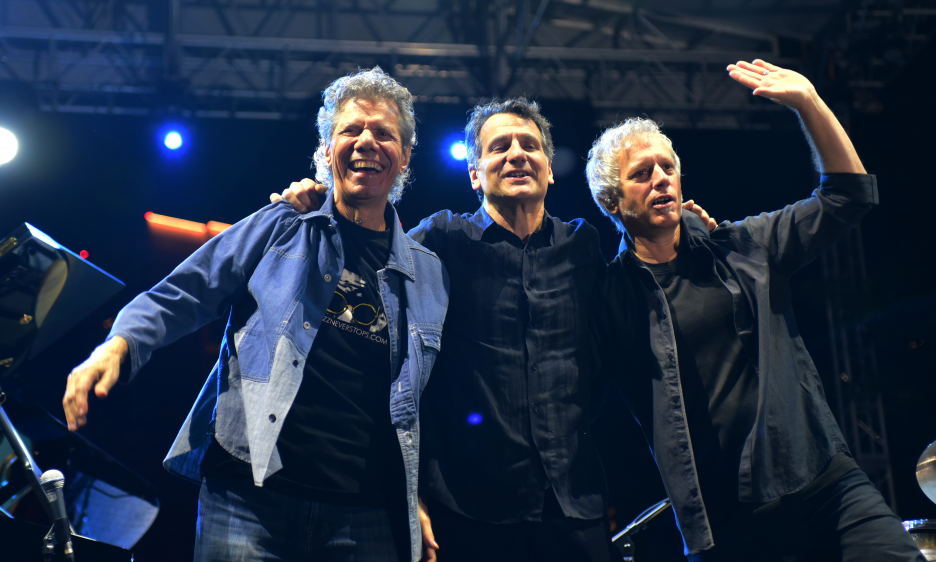 The jazz legacy of Detroit and its people have ensured that Labor Day weekend always bodes well for live jazz in its many incarnations.

Over the course of its 39 year history, the largest free jazz festival in North America has seen its shares of up and downs. It once swelled to a five-day event starting on the Thursday evening before Labor Day and there was even a time when names such as Chaka Khan and Nancy Wilson rubbed noses with more mainstream sensibilities. There were even moments when scarcity in economic support threatened the chances of the festival's longevity. But through it all, the jazz legacy of Detroit and its people have ensured that Labor Day weekend always bodes well for live jazz in its many incarnations. As the old saying goes, "If you built it, they will come."

As a veteran attendee of the festival for going on some 27 years now, this writer can personally attest to the many changes that have occurred during the past quarter century. Although it is still possible to hobnob with the musicians while strolling through the lobby at the Marriot Renaissance Hotel, the chance for fan and artist communications on-site have diminished considerably over the years. Not surprising, the post-9/11 society that we find ourselves living in demands tighter constraints on just about everything in our lives including stage security. Furthermore, the need for funding has led to special VIP seating areas that continue to encroach on the lip of the stages and push the masses farther back.

For the first time in many years, the festival also seemed different in that there was a noticeable down-sizing in terms of the number of acts and the more prominent names seemed harder to find among the schedule. Part of that, it must be noted, is due to a paradigm shift in the music due to the passing of so many older jazz icons. Aside from the usual high school and college band performances, most stage schedules didn't even get underway until two or three o'clock in the afternoon. The practice also continued of giving the nod to many of the artists on the Mack Avenue Records roster being that philanthropist Gretchen Valade pulls several of the purse strings for both the label and the festival.

Another factor that would raise its prominent head this year would be the weather. Not something obviously under human control, the humidity and blaring temperatures nonetheless made for sticky conditions in most spots, but particularly at the Pyramid Stage where there is simply no cross ventilation. Such weather is always unpredictable, which led to lengthy rain delays throughout the entire weekend and the festival shutting down early on Saturday night. This managed to put the kibosh on Saturday night's performances of Chick Corea's Elektric Band and Nicholas Payton's Afro-Caribbean Mixtape Project.

Friday night opened the festival with no weather issues and the usual celebratory spirit found at Campus Martius, a space that is quaint and trendy but possibly a bit too small for the demands of an opening-night crowd. Billed as the "resident ensemble," drummer Terri Lyne Carrington and bassist Esperanza Spalding led a group featuring pianist Kris Davis, flutist David McMurray, and saxophonist Ravi Coltrane in a tribute to the late Geri Allen. Knotty and densely textured works like "Printmakers" and "Open On All Sides" brought forth challenging, but highly gratifying music that stunned the crowd and often the performers themselves. At one point, Carrington even commented on how Allen's "tunes look simple, but are often hard to play."

Artist-in-residence Chick Corea would lead his Akoustic Band for the set closer of the evening, featuring bassist John Patitucci and drummer Dave Weckl. As nimble and alert as always, the 77-year-old pianist covered a lot of ground in a generous set that was ripe with the obvious shared chemistry between these gifted musicians. In his heartfelt salute to Aretha Franklin, Chick and company elevated Ellington's "In a Sentimental Mood" to new heights. The intricate "Lifeline" featured a feisty Latin romp that ultimately made way for one of Weckl's textbook drum solos of virtuosic proportions. Kicking off with the classical strains of Scarlatti, Corea morphed this exposition into a thrilling romp on "You and the Night and the Music" that brought the crowd to their feet.

Due to health reasons, organist Dr. Lonnie Smith had to cancel his performance on Saturday. Quick to the rescue, Detroit native and drumming icon Louis Hayes filled the vacancy with his own hard bop collective. Another Detroit drummer of note, Gene Dunlap led a talented cast of Motor City jazzmen on numbers from his new album entitled Page 7. Working in a fusion vein, Dunlap's originals cast a wide shadow in terms of melodic structures and rhythmic grooves.

Making his debut at the festival two years ago as a member of drummer Herlin Riley's band, pianist Emmet Cohen supplied one of Saturday evening's most dazzling displays of talent. Blessed with technical chops galore and a heartfelt sense of delivery, Cohen combined his skills with outstanding bassist Russell Hall and the dynamic Evan Sherman on drums. At one moment the trio could be heard ripping through a Bud Powell bebop line and then at the next turn they were peacefully riding the wave of "Poinciana." Dynamics and precision ensemble work ruled the day on a sagacious update of "Tin Tin Deo." Sherman practically stole the end of the show with his brush work and a brilliant drum solo during Cohen's stride piano romp.

A fast approaching storm with high winds brought a premature close to a performance from The Trio of Oz featuring drummer Omar Hakim and pianist Rachel Z. It was indeed a shame because the synergy between this real life husband and wife team was nothing short of astounding. Like greased lightning they barreled through complex reworkings of Alice in Chains' "Angry Chair" and Stone Temple Pilots' "Sour Girl." From The Police catalog, "King of Pain" put on its new face via an odd meter groove that suited the 80s classic to a tee. A truly missed opportunity, hopefully the festival will try to book this trio for a return engagement next year.

Early Sunday afternoon, the festival featured a Detroit icon worthy of wider recognition. Baritone saxophonist Alex Harding decided at an early age to become a jazz musician and through the encouragement and training of folks such as James Carter and Harold Bowles he eventually made a name for himself on the New York scene starting in 1993. Having worked with such icons as Julius Hemphill, Lester Bowie, and Greg Osby, Harding currently finds himself back in Detroit with a trio featuring organist Jim Alfredson and drummer Djallo Djakate.

Billed as Organ Nation, Harding and crew presented a mix of originals and well-chosen standards. The Meters' "Sissy Strut" got into funky proportions quickly with Harding utilizing some upper registers "screams" not unlike those of the late great Eddie Harris. Alfredson literally pulled out the stops with his incendiary time in the spotlight. One of many tributes to Aretha Franklin over the course of the weekend, Harding's "Spirit Take My Hand" was one of the most sublime, its gospel tinge frothing and foaming with churchlike fervor.

A name synonymous with fans of both jazz and pop music, producer and bassist Marcus Miller presented several sides of himself during the weekend. On Saturday he took part in a Down Beat Magazine blindfold test with writer Paul DeBarros, who challenged Miller with an eclectic mix of musical selections. Offering the closing set at the Amphitheater on Sunday, Miller and crew featured many tunes from the bassist's most recent Blue Note release. Particularly special was the spotlight given to trumpeter Marquis Hill, who mesmerized the crowd with his own singular take on Miller's "Amandla," a tune closely associated with Miles Davis.

Monday's schedule was a mashup of cancellations and rescheduling due to the havoc introduced by the weather. Among a shortened list of performances were a Brecker Brothers reunion led by trumpeter Randy Brecker and Chick Corea's final assignation. Corea would revisit the orchestral side of his personality by featuring a jazz sextet alongside the Detroit Jazz Festival Orchestra. Unfortunately, the lateness of the hour and rain delays limited the crowd for this closing salvo.