Detroit Jazz Festival Downtown Detroit Detroit, Michigan August 31-September 3, 2018 Over the course of its 39 year history, the largest free jazz festival in North America has seen its shares of up and downs. It once swelled to a five-day event starting on the Thursday evening before Labor Day and ... 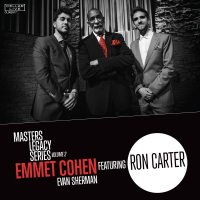 Cyrus Chestnut Trio and Stefon HarrisTempe Center for the ArtsTempe, AZMay 31, 2013Pianist Cyrus Chestnut has perfected the art of musical surprise, creating dialogues between his own hands as well as with his colleagues. He launched his Tempe, Arizona concert by stating, “We like to play the notes we've never played ...