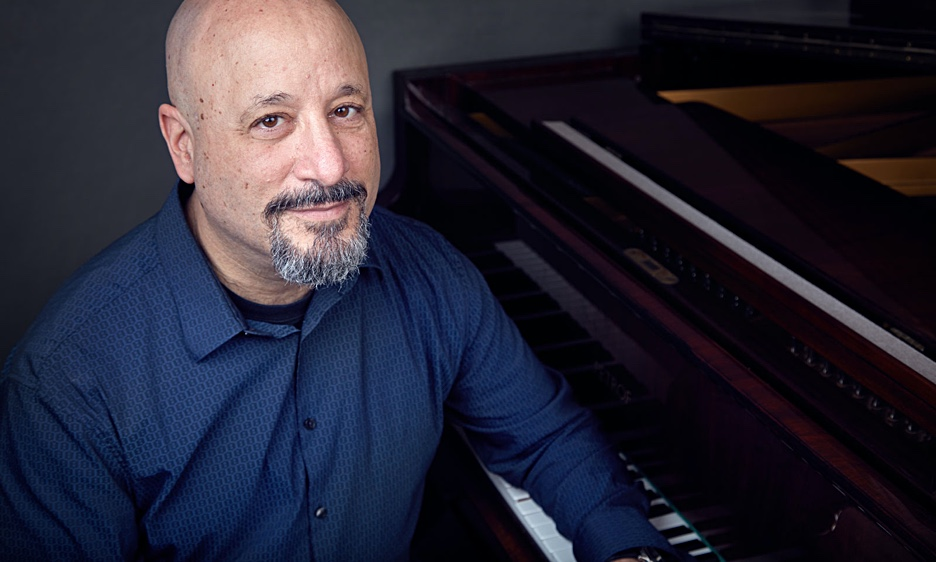 I like to write on the road, not at a piano, because it makes me generate melodies that I can hear.
&#151Bill Anschell

Since his return to his native Seattle in 2002, pianist/composer Bill Anschell has made a serious imprint on how jazz music is played in Seattle, both as a leader and sideman. He left the Emerald City after high school to study as a saxophonist and clarinetist, only to return as an internationally regarded pianist, composer and music director some 25 years later.

Anschell began studying piano while at Wesleyan University in Connecticut, then spent 13 years exploring the fertile jazz scene in Atlanta, beginning in 1989. He quickly became the jazz coordinator for the Southern Arts Federation, and created Jazzsouth, an internationally syndicated jazz radio program. Anschell carried a penchant for rhythmic experimentation with him to the south, having studied with South Indian mridangam master T Ranganathan while in Connecticut. The stage was set for him to develop his original style as a jazz piano stylist and prolific composer.

Anschell left Seattle deeply into prog rock, classical and electronic music, and discovered jazz away from the vibrant scene that has been a part of Seattle's unique cultural mix since the form's inception. It wasn't listening to records, or attending gigs that pulled him into the jazz vortex like most-it was playing the music and digging into it that way.

"The thing that got me into jazz, the thing that opened that door, was not hearing it, it was playing it. For me it was not until I actually got inside the music that I realized what the head of an improviser was dealing with as he played. That just totally drew me in partly for the challenge and partly because it's incredible music," he recalls.

During this period, Anschell developed a long-term association with vocalist Nneena Freelon, as both her pianist and musical director. The band toured internationally, including stops at the North Sea and Monterey Jazz Festivals as well as The Kennedy Center. The experience gave him a glimpse into jazz life on the road, and having to perform under conditions not always favorable. It as well impacted his playing, learning the nuances and moods of tunes while accompanying a vocalist. It would serve as one more factor in developing Anschell's unique sound.

"I've always considered myself better at accompanying than soloing in a lot of ways, because I can hear and know what notes are being played. I can respond to them right away, and I like that. It's guaranteed spontaneity because you're dealing with what is being presented to you. Playing with a singer, if you play things that clash with what they're singing, it's harder for a singer to sing through weird harmony, notes that don't match their notes, than a horn player to play through those. In that way, you have to be more sensitive working with singers, be aware of the lyrics, and the mood they're trying to convey, and all that. The arrangements I did for Nnenna, and I did quite a few, I arranged the way I wanted. I mean, I could hear her voice, I arranged them around her voice, but I was able to do my thing. So it's not that different than when I'm doing it for my own group, just as far as the writing goes," he says.

Anschell's writing in current times is largely for his quartet that includes guitarist Brian Monroney, a master of electric guitar and his sizable array of pedals and the myriad of sounds they can muster. His presence creates a layered, orchestral sense to the music that plays well with the nuanced voicings of bassist Chris Symer, and the intricate playing of either Jose Martinez or Brad Boal on drums. The music embraces odd meters and a sonic feel, as is skillfully expressed on the album Rumbler (Origin, 2017). He finds solace in travel as a composer, in this case writing most of the album's material on planes and in hotel rooms-away from the piano.

"I wrote most of the music for it on the road. I like to write on the road, not at a piano, because it makes me generate melodies that I can hear. To me, writing away from the piano makes me create more melodically" he says.

Around Seattle, Anschell's highly evolved approach is well defined within his trio. The Bill Anschell Standards Trio includes drummer D’Vonne Lewis and esteemed bassist Jeff Johnson. Johnson is the perfect trio bassist, as he has demonstrated aptly with his work in the rubato musings of the Hal Galper Trio, as well as his associations with pianists Jessica Williams, Chano Dominguez and Marina Albero. The trio as well unfolds perfectly for the uber talented Lewis, who is able to fully use his marvelous intuition and amazing facility. Anschell does not work with a set list while performing with the trio. Johnson and Lewis must react after Anschell begins a standard, assuring the interpretation will be in the moment and spontaneous. The trio's vibe was caught perfectly on their recent release Shifting Standards (Origin, 2018). Anschell was sure to record the studio session in an open setting that assured the sound that is represented on the recording matched the vibe of their live performances.

Anschell could be seen performing at Tula's Jazz Club in the Belltown neighborhood in Seattle from the time he returned to the city in 2002, to the club's unfortunate closing in 2019, the victim of Seattle's rapid fire gentrification. Tula's stood for 26 years as the mainstage for the Seattle jazz scene, with Anschell becoming a favorite of club owner Mac Waldron. He performed there monthly with his trio or quartet, and several times a month as a sideman. Waldron chose him to perform the very last evening of the legendary jazz spot's remarkable run. The closure has hit Anschell harder than most, as rooms that have a good piano and a listening audience are becoming few and far between.

"It's hard for me to want to lead my own band in town when there isn't really a venue that replicates everything Tula's had, which was not just a good piano and a good PA, but a quiet, listening audience where you could have a lot of nuances and people would catch them. It makes a huge difference," he laments.

While jazz piano and composition makes Anschell the internationally acclaimed artist that he is, he has over time amassed a library of original electronic music. His music was recently featured on the NPR podcast, "Forgotten Prison," a historical piece about the Federal Penitentiary at McNeil Island in Washington state. He enjoys working with electronic music at night, and has designs on creating music blending elements of it with jazz.

"At night I like to write and record electronic music. That's my very favorite way to spend time nowadays," he says.

Off the bandstand, Anschell has gained notoriety as a jazz humorist, writing jazz vignettes and a monthly jazz etiquette column. His satirical essay, "Careers in Jazz," is the most-read piece on the leading jazz website allaboutjazz.com, with more than 250,000 hits. It was as well featured in the Wall Street Journal. In 2014 he was a winner of the inaugural Paul Desmond Award, a celebration of the funniest jazz artists.

Anschell has already written a legacy of historical proportions in the city of Seattle, and around the world. His 10 releases on Origin Records as a leader or co-leader depict an artist of great imagination and tenure with worldwide reach. On stage in his hometown of Seattle, he has set the standard for jazz piano performance with his vivid and probing approach to melodic improvisation, his unmitigated wit and in the moment composer's mind. In the truest sense, he is a foundational part of the deep and colorful history of jazz music in Seattle.