BY GLENN ASTARITA
January 8, 2015
Sign in to view read count
Modern era guitar heroes such as Nels Cline, Pat Metheny and Bill Frisell are expressive stylists, possessing distinct ways of conveying a narrative amid branded and well-defined stylizations. No need to compare, but from a fundamental standpoint, these gents and other elite craftsmen bear the goods that often transcend the norm or anticipated methods of spinning a tune or two. However, members of the elite are students of more than one genre. They absorb the merits of Americana, classical, jazz, rock, funk and other vernaculars, spawning multifaceted, virtuosic attributes. But every so often a nascent young artist like Washington D.C. resident, guitarist Anthony Pirog enters the scene, well in his case, a very broad scene, where strict categorizations of genre are often rendered irrelevant. 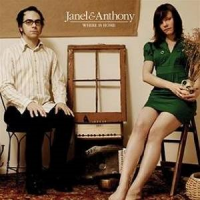 Where Is Home
Cuneiform Records
2012

Pirog and talented Virginia native, Janel Leppin (cello, loops, electronics) aligned and made an initial impact on their 2012 acoustic-electric outing for Cuneiform Records, Where Is Home. Widely heralded via critical praise on many fronts, the duo goes on a genre-busting rampage, spanning ambient electronica, classical, Indie rock, Americana and other formats, by interlacing matters into a cohesive whole. Thoroughly melodic, each piece intimates a distinct stratagem. Here, Pirog's guitar work toggles between high-intensity jazz fusion with Eastern modalities, brisk chordal flurries and a polytonal framework.

Leppin's earthy cello lines and fervently executed ostinato licks on "Big Sur," formulate a sense of urgency as the band soars to a zenith, underscored with an air of excitement. Moreover, various tracks are designed with clever articulations, drifting soundscapes and ventures into perpetual voids, encapsulated by electro-organic tone poems and a few unforeseen detours. Their gradual thematic inventions, offer a seamless junction of contrasting qualities. On "The Clearing," Pirog's breezy electric guitar notes ride above Leppin's rhythmic plucking maneuvers as the duo seemingly exhausts all possible soundscape capabilities while sustaining the utmost interest throughout. At times, they bestow solemn and gently harmonic passages and inject rock balladry, tinted with dabs of Western folk, layered electronics and background vocal overlays. They also append zinging motifs, built upon calamitous breakdowns and lamenting characteristics on "Broome's Orchard," where Pirog's humble ostinato motif counteracts Leppin's somber arco-lines. Overall, the production enunciates a super intelligent and savvy unification of loops, electronics and the acoustic element, as each piece tells a poignant story. It's an all-encompassing artistic statement, as the musicians use space and depth to create a 3D aura of sorts. Nonetheless, their hard work and pinpoint focus yield bountiful fruits. 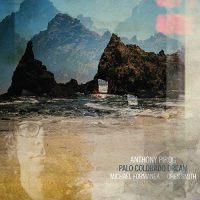 Pirog's solo debut with the all-universe jazz rhythm section of bassist Michael Formanek and drummer Ches Smith on the multihued 2014 Cuneiform release, Palo Colorado Dream accentuates his divergent capabilities and extensive influences, paired with his mind-blowing chops. Indeed, the trio is apt to stimulate the audience's neural network, whether Pirog dishes out soothing atmospherics or when he employs variable volume control techniques and devastating distortion-laced soloing incursions. The guitarist imports a methodology that is consistent on Where Is Home, since each track poses an alternating musical climate. For example, during "Great Northern," he stretches notes into infinity with a psycho-drama gameplay, developed with an ascending rock pulse and a slowly rolling cadence. Elsewhere, the band veers towards avant-garde expressionism, which is a component that yields an obvious comfort zone for the rhythm section, given the respective players lineage within the jazz improv schema. However "Song in 5," is driven by Formanek's meaty ostinato motif, providing the ammo for Smith's punishing hits and rolls, leading to a jazz rock vamp heightened by Pirog's sizzling sustain lines. Otherwise, wayward skronk, and moments when the guitarist lashes out with Jimi Hendrix-like fury and cataclysmic doomsday phrasings offer an additional source of interest. And "Motian," presumably an homage to the late jazz drummer Paul Motian, has a classic Ornette Coleman ring to it; whereas, the final piece "Vicious Cricket," is embedded in the jazz rock realm, engineered with thorny time signatures and the leader's outlandish treatments.

Palo Colorado Dream intimates a prismatic viewpoint of Pirog's existing and futuristic inclinations. It's not all about technical gymnastics and high-strung razzle dazzle. First and foremost, Pirog lucidly reveals that his resplendent imagination most assuredly fuels the trajectory for his protean approach to compositional form. He's an impressive guitar-slinger with an acute vision.

Tracks: Big Sur; The Clearing; Leaving the Woods; Symphony Hills; Lily in the Garden; Auburn Road; Mustang Song; Stay With Me; A Viennesian Life; Broome's Orchard; 'Cross the Williamsburg Bridge; Where Will We Go; Finale.