Dr. Mint: Voices in the Void

By GLENN ASTARITA
March 3, 2017
Sign in to view read count 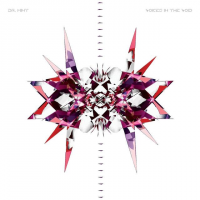 "Kingdom In The Middle" launches the festivities amid Minaie's thumping lines within a loosely enacted funk groove riding atop a straight-four pulse, amped by Noise's steely and serrated riffs. They also infuse some polyrhythmic diversions and in-your-face like choruses into the grand schema to round things out. But they merge "The (Two)(Three) Sun Erupts" with death metal noise shaping motifs into the jazz vernacular for a theme that could provide a fitting sound track for the Sun's plasma dissipating into the solar system.

The band generates high-heat and integrates memorable melodies into several pieces, so it's not all about wielding a path of destruction. On "n-Drift," Dolister lashes into a scrappy solo, backed by EFX-induced bass notes and Noice's off the wall sound-sculpting exercises as the entire band rips and shreds matter into atomic particles with a steadfast course of action, designed with an energized constitution. However, the musicians ease into a descent with soothing horns parts on the final track "Anathema," which warmly contrasts their apocalyptic forays into the outer-reaches of jazz that generates thrills a minute as some might say. Play it Loud!

Kingdom In The Middle; Spacerobot[dance]; Down To One; The (Two)(Three) Sun Erupts; Fanfare Mécanique; A Bird, An Assassin; Nymbists; Empyrean; n-Drift; Anathema.