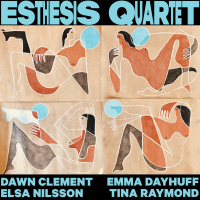 The Covid-19 lockdown of 2020 and 2021 mandated that musicians find ways to connect without gathering in person. The pandemic produced a litany of recordings that along with photos of masked loved ones, will serve as tacit reminders of two years of solitude and isolation. For Esthesis Quartet this meant gathering on Zoom to keep the ... 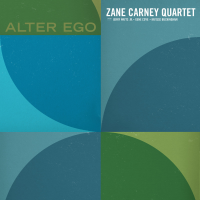 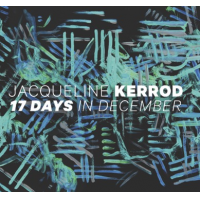 While guitarist Zane Carney's work as a leader may have yet to experience the hype it arguably deserves, his session work is another thing. Among other projects, he has played on Thundercat's Drunk (Brainfeeder, 2012) as well as John Mayer's folk album Paradise Valley (Columbia, 2013), the Grammy award-winning Thundercat calling him “a massive guitarist." And, ...

The three individuals making up Believers are each highly respected musical voices in their own right. Percussionist John Hadfield has performed and recorded with the likes of Nguyen Le and released an inspired duo EP with woodwind autodidact Lenny Pickett, called Heard by Others (Orenda Records, 2020). Sam Minaie, on the other hand, has played bass ...