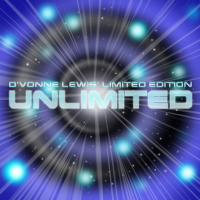 The debut album from D'Vonne Lewis' Limited Edition, Unlimited, presents a challenge for this writer, as well as listeners who have engaged its members in live performance, or playing in other ensembles. Live, they are a virtual powerhouse, allowing the stellar cast of musicians to fully immerse themselves both instrumentally, and compositionally. On this studio recording, the strength and energy of the band is evident, yet to some degree subdued, lacking the energy and interaction with a live audience that each member thrives on, in particular, the leader and drummer, D’Vonne Lewis.

It is the playing and contagious positivity of Lewis that invites us into the music emotionally, and engages us on that level that makes music integral in our lives. His virtuosity, his ability to allude to colors and to create new textures and sounds on the drum kit, is an identifiable trait whether playing in a hybrid ensemble such as Limited Edition, or playing in a standards trio or more traditional jazz setting.

The always adventurous ensemble also faces the challenge of supporting not only both piano and guitar, but vibraphone as well, demanding that all three musicians are attentive to not only what they play, but what they do not. This harmonic sensitivity between pianist Eric Verlinde, vibraphonist Jacques Willis, and guitarist Andy Coe, is a unique aspect of the ensemble's overall sound, bolstered brilliantly by uber bassist Farko Dosumov, and drummer Lewis. This balanced and hypnotic interaction provides a counterbalance to the strong and focused tones of tenor saxophonist Cliff Colón, who tends to fit seemingly the entirety of his tonal range, and advanced technique into condensed spaces, and short solos.

The ensemble's identity is clearly established with the opening salvo, "Singularity." The melody line is upheld by the aforementioned rhythm section providing a layered harmonic structure, a perfect medium for guitarist Coe to break off, and offer a gently rising, dynamic arc of a solo. Coe, whose overall musical and stylistic template ranges from John Abercrombie to Jerry Garcia seems to be the free piece to this band, largely due to the support of Verlinde and Willis. Colon offers a tumultuous solo, his tone strong and focused, and some of his recognizable language echoing that of Michael Brecker's sound. His distinct tone and daring harmonic forays are forever probing, reflecting a sense of urgency, yet at times seemingly lacking purpose, and rejecting the notion of release. Pianist Verlinde is perhaps the band's most inventive soloist, and is certainly a musician with a most impressive performance resume, having shared the stage with masters such as Hadley Caliman, Randy Brecker and Arturo Sandoval. His solo on this piece is emblematic of his performance throughout this recording, and generally speaking, of his role in this band. His solos are always brilliantly conceived and played, with a penchant for melodic content. In this large and multi layered ensemble, he is more often found providing the assist.

With his composition "Queen Bee," Lewis pays homage, to his grandmothers, and great grandmothers that have been a strong and loving influence. While Lewis is known as the grandson of organist and rock and roll pioneer, Dave Lewis, it was his grandmother Beverly, who gifted him his first drum set. The women in this remarkable, musical family provided the creative environment that has produced perhaps the most visible and energetically talented musician on the scene in the Pacific Northwest. A tender gospel ballad, the vibe is initially upheld by a beautifully ascendant solo from bassist Dosumov, who is rapidly becoming recognized as one of the true masters of the electric bass on the west coast, in all forms associated with jazz music. Lewis displays his talent for composition, with a melody that is classic in nature, loving and sentimental in a real life sense. As a drummer, Lewis is vibrant, positive and free, reflected in his creative being, as both a musician and composer.

Lewis' "Ingathering" is the record's most expansive number. Vibraphonist Willis begins the piece with a colorful cascade of perpetual melodic motion, in some ways frenetic, and in others reflective, layered on top of a two chord vamp. Verlinde is granted the space to build on the theme with his solo, and Colon follows with his most thoughtful work on the album. In many ways, the many pieces that constitute this musical union come together on this, the finale.

As I write this, the band is in the studio recording new original material from Willis and Colon. The project, once a side venture for Lewis from his successful band, Industrial Revelation, is evolving, gaining its own unique musical identity. The band's live performances are much anticipated in Seattle's best venues, such as Tula's and recently, The Northwest Folklife Festival. This record is an ample first step, providing the notion that what is to come, could indeed be special.