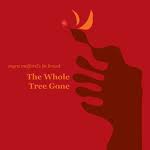 Pianist Myra Melford founded this ensemble in 2002, specifically as an outlet for her compositions. She's blessed indeed, because this line up realizes them so beautifully. Her work can be described as pervasively contemplative though never quiet, which in its way is every bit as distinctive as the late Andrew Hill's depth of compositional character.

Melford's not afraid to cover bases either. Her solo free exposition into "Moon Bird" is the work of a pianist secure in her instrumental identity. When the piece comes to fruition with the entry of the band, it's clear that every acoustic line-up makes for a dry but far from arid soundscape. Guitarist Brandon Ross has resources to draw upon outside of anything that might be encompassed by the jazz terminology, but this—along with other elements—is drawn into the band's collective dynamic. The resulting music is distinctive in a good way, especially in its denial of a tendency to burn. Subtlety and grace have their places here; the former especially present in trumpeter Cuong Vu's playing, even when he's squeezing out the notes.

"A Generation Comes And Another Goes" might, in lesser hands, be a study in all too audible calculation, the composition's tricky nature being a somewhat showy end in itself. Here, however, there's an underlying logic to its multiplicity of fractures. Clarinetist Ben Goldberg makes the case for his horn in free and near-free settings, his lines spinning out with the same internal logic that Fred Anderson has shown on tenor sax, throughout his life. In his exposition, Ross ensures, with a sense of economy, that every note tells over a backdrop of broken time and modestly swelling horn figures.

One of the many qualities that make Melford's music unique is her individual sense of lyricism. The way in which "Night" evolves really makes this apparent. The unruffled surface of the music is in contrast with the urgency of Wilson's backbeat, and the fact that the elements resolutely fail to coalesce sets up a dramatic tension. Individual lines seem to converge, even while they share a common methodology, and when the music is resolved through the simple expedient of a diminution in volume, it seems as natural as breathing.

The idea of resolution has a fluid conception on "I See A Horizon." Again, the lines are of paramount importance in the realization of a group music fashioned from an equality of contributions. In that regard Melford is a most benign leader, a quality reflected in her music.